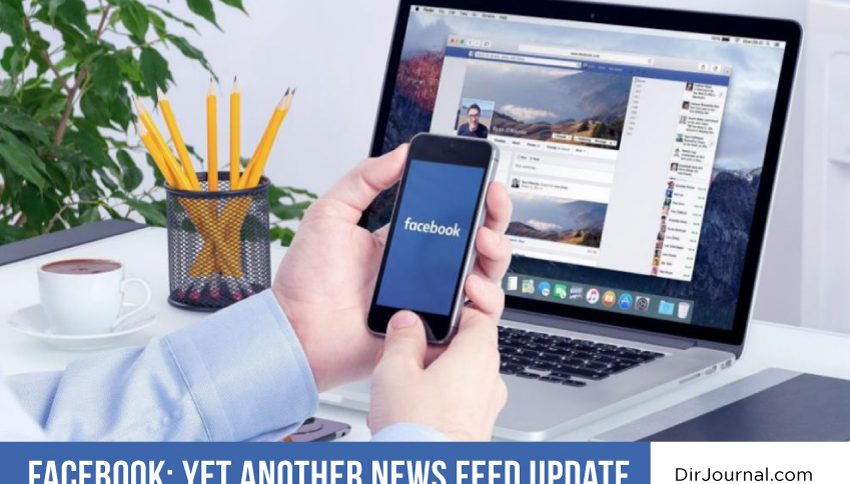 One of the principle reasons people use Facebook is to see what’s going on in their newsfeeds, simply called “News Feed.” One of Facebook’s goals seems to be to provide their users with things that the users want to read. When people view content that has relevance to their lives, they want to engage with their feeds. Makes sense, doesn’t it?

Thanks are a Changin’ [Again]

Facebook has once again tweaked the way we view their News Feed. Based on the information that they gather from all of our liking, sharing, and commenting, they are able to set up the right algorithm that works for everyone. (You did know that they track that, right? If not, you may need to.. uh… get with the program 🙂 )

On February 7th (2016), there was an article about another update that is happening with the Facebook News Feed.

According to the article, they are making the changes based on the responses that they are registering from their users (remember.. the clicking, sharing.. commenting). These changes will likely have an impact on the specific updates that will show at the top of your Facebook News Feed from here moving forward (until the next change, of course).

Surveys to Give Us What We Want

Facebook states that they’ve been conducting surveys about the content of their News Feeds. Presumably, they have been doing that for some time. Surveys are a great tool to find out what it is that we want, as Facebook users. (So, how did you vote?). It does make sense that the surveys are a great way for Facebook to obtain the information that they need, to find out which articles are going viral and what people want in their feeds, daily. And, if Facebook can obtain those results from hundreds of thousands of Facebook users, they are ahead of their own game, eh?

Research at Its Best

In the research world, there are two types of research. There are also combinations and variations, but we will just focus on the two main types. One is “quantitative research” and the other is “qualitative research.” They both have their purpose. The quantitative approach is the type that you would see in a survey. It can be anonymous and it is usually provided to a higher quantity of survey-takers than a qualitative. The qualitative approach is more like an interview. There are fewer people, but more words in the response, when dealing with a qualitative study. Instead of the interviewee responding to a question on a piece of paper (or website), checking off a radio button, they may be responding with an entire paragraph about what they think about this and what they think about that. So, both the quantity (quantitative) and the quality responses (qualitative) are needed for research. It just may not be tallied all at one time.

Facebook has indicated that they have been able to obtain both types of results.. the quantity and the quality. So, it will be interesting to see what they come up with in their News Feed updates!

This change will utilize user ratings and “qualitative feedback” to only show the most relevant stories, according to that update from the Facebook representatives.

As always, you’ll still have the option to choose which updates you want to view first. So, in some ways, things don’t change. For those who do not like change, that is probably a good thing.

Although it may appear as only a small change (and possibly not even observed at all), Facebook informed us that there may be a smaller amount of referral traffic than prior to this change. Who does that impact? That would impact business owners and Page owners. So, if you are a Facebook user (only), it should be a very minor change, and you have likely already got past it.

Businesses and publishers who are fearing this change may benefit from understanding Facebook’s point of view. Facebook views the Facebook Pages as a sort of landing page for customer service and not a publishing outlet, per se. Granted, for companies who view it that way, Facebook’s changes can be disturbing. However, the sooner that businesses understand the framework of how Facebook views and sets up their structure for businesses, the easier it is to swallow future changes, understanding where they originate. Now to go percolate on that a bit…