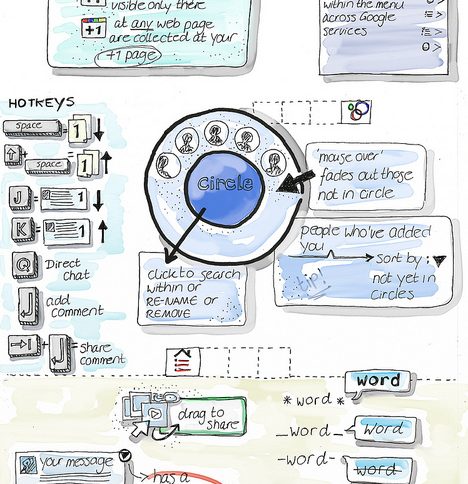 How is Google Plus Faring With the General Public?

When Google Plus launched several weeks ago most of the buzz I noticed around it came from the professional social media community, for obvious reasons. As the user numbers climbed people started wondering who was using Google Plus. There were reports that “male geeks from the US” dominated the G+ network early on. But that wasn’t what I saw in my own networks, both personal and professional.

Of course user bases change, especially during strong growth periods like Google Plus experienced over the last month or so. And they can vary quite a lot from one person’s network to another. In the end, the only user base that matters is the one you’re connecting with. For me that’s a pretty diverse group including social media consultants, freelance writers and authors, online business owners, and offline friends and family members.

With that in mind, I want to share some observations from my own networks during the earliest days of Google Plus, including its surprisingly quick adoption by my “everyday” (read: not professionally in tech or social media) connections. But first, let’s look at the more tech-savvy.

Google Plus Adoption in the Tech Crowd

Despite reports of male geeks dominating Google Plus, that wasn’t the case in my own network. A good number of my current and past clients fall into this group, and they were one of the slower groups to adopt G+. They were also the most diverse group in how they used the network.

For example, many showed up to play with their shiny new toy, but they never really made an effort to have conversations there. It was more about staying on top of something new so they weren’t left behind.

On the other hand, a few are some of the more active members in my G+ circles now — sharing so many updates I’ve had to place them in their own limited circles so they don’t dominate my stream with the latest tech news or blog posts.

Google Plus Adoption with the General Public

Now let’s look at the “friends and family” group. These are people I know offline and who aren’t quite social media obsessed. I expected them to be slow to adopt a new tool. After all, their friends were already on Facebook for the most part and they get quick messages and updates via Twitter. Why use Google Plus?

I was surprised to see that those offline friends were actually some of the first G+ members, some even getting there before me. However, their posts have been few and far between. The posts they did share were often about how confused they were with the new platform (“How do I do this on Google Plus?” kinds of questions). There may have been an exchange or two. And then silence. It seems this group is still figuring out where G+ fits into their online social lives.

The bulk of my Google Plus circles are filled with business contacts — largely the freelance writer and author crowd. These are people who aren’t just casual users wanting to chat with friends, but also not necessarily heavy into the tech scene. One of the more interesting things I’ve noticed is that they’re the most active group there — even moreso than some in the PR and social media industries.

I was surprised by this at first, but it actually makes sense. Being writers, I think the appeal of G+ is the ability to write whatever we want and share it with whomever we want. We love to write. Twitter can be too limiting with character counts. Google Plus addresses that. We have a great overall community, and we love to share. Facebook didn’t fill that need for all. Google Plus gives us greater control over that sharing. Our own blogs are great for niche content but they don’t always lend themselves well to more personal updates that colleagues would have an interest in. Google Plus lets us share those kinds of posts without taking away from the focus of our blogs. It’s a natural fit. So really, it isn’t surprising that writers are one of the best represented occupations on Google Plus.

That’s how everyday Joes, tech geeks, and the majority in between have adopted Google Plus so far. My network won’t necessarily represent yours. Perhaps your offline friends fit that “U.S.-based male geek” demographic and dominate your Google Plus connections. Maybe you work in another area somewhat surprisingly well-represented there (I was surprised to see teachers high on the list linked above for example).

Who’s using social media most in your network? Are your contacts slow to adopt or jumping right in? How are they using it? Tell us about it in the comments below.