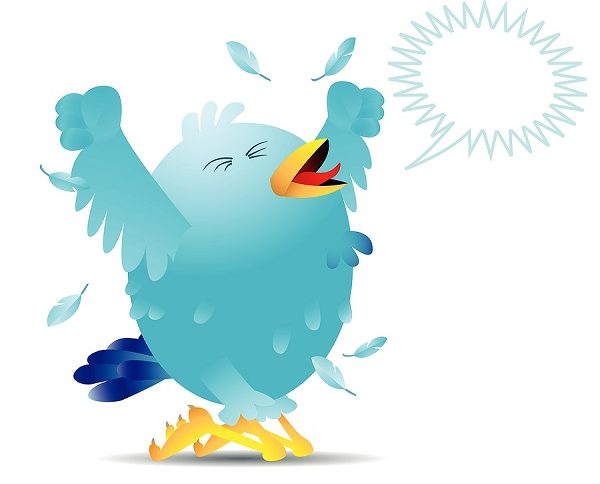 Twitter is great, right? It keeps you in touch with friends, family, colleagues, and even your favorite brands. It’s easy to use. It doesn’t have to take a huge time investment. And you don’t need a long attention span to take in 140-character updates.

Sometimes paying better attention is called for though. Just because Twitter makes it easy to open our mouths, it doesn’t always mean that we should. And there have been plenty of Twitter fails to prove it.

Let’s look at some of the biggest Twitter blunders and PR fails committed by celebrities, big brands, and their representatives so you can avoid making similar mistakes.

McDonalds tried to get people talking about them with their hashtag #McDStories. It worked. It just didn’t go as expected.

Rather than getting customers to share their positive experiences with the brand, unhappy customers hijacked the hashtag to share stories about bad customer service experiences, lousy food, and even getting sick after eating there.

Customers might have had some fun with it, but it didn’t do anything to improve the company’s social media presence. In fact, the “stories” are still being shared.

RT @alice_2112 Hospitalized for food poisoning after eating McDonald’s in 1989. Never ate there again and became a vegetarian. #McDstories

#McDStories I love biting down on the little pieces of bone in my Big Mac meat. Eating bones makes me osteoporosis proof.

Trained for a fight ate real food for 8 months. Had fight. Took break from training and ate McDonalds. I was in bed sick 4 days #McDStories

Bing ignited a bit of controversy in what seemed to be a good faith effort to raise money for the victims of the recent Japan earthquake. The company offered to donate $100,000 based on how many retweets (RTs) they received.

This is far from the first time a company has tied user or customer actions to donations. If done well, it can be a way to help your customers get involved even if they’re not in a position to make donations themselves. But this was seen by many as little more than Bing marketing itself on the back of a tragedy, and with an insultingly low maximum donation according to many.

It didn’t fly. Bing backtracked and did the right thing, making a donation with no RTs required, and a much larger one at that.

How you can #SupportJapan – http://binged.it/fEh7iT. For every retweet, @bing will give $1 to Japan quake victims, up to $100K.

Hey @Bing. Is getting retweeted your only motivation to help in a time of crisis? Just donate the $100k if you really want to. #SupportJapan

Well, @bing, YOU can #SupportJapan by donating the $100,000, instead of exploiting #japan‘s suffering for your marketing. Shame on you.

Actor, Ashton Kutcher, got into a bit of hot water with fans when he tweeted his outrage at PennState dismissing former football coach Joe Paterno. Apparently, he wasn’t aware at the time that Paterno had been exposed for helping with a cover-up in the Jerry Sandusky child abuse situation.

Kutcher did what was probably the best thing he could have done (other than getting his facts straight up front — something I’m sure we’ve all been guilty of). He apologized and turned his account over to staff who could better manage it. That’s one of the dangers we all face with social media, from everyday folks to A-list celebrities. The instant gratification factor can come back to bite you.

@aplusk Turning a blind eye to rampant pedopohilia is the definition of #NoClass. For god’s sake your part of the Real Men campaign! #Think

@aplusk Just a wild guess, but it could have something to do with failing to properly report child rape. Hello??? #noclass

As of immediately I will stop tweeting until I find a way to properly manage this feed. I feel awful about this error. Won’t happen again.

Australian airline, Qantas, had a bit of a Twitter fail thanks to lousy timing. Like McDonalds, Qantas tried to capitalize on a hashtag promotion, with #QantasLuxury. They used the hashtag for a Twitter contest, asking followers to share their “dream luxury in-flight experience” for a chance to win a prize.

The problem? The campaign came just a day after the company and union workers cancelled contract negotiations. They left customers stranded, and more than a little ticked off. They hijacked the hashtag and let the company know it too, noting all the “luxury” they wanted was to get their planes off the ground.

Can’t trust Qantas to get a Twitter PR campaign off the ground, let alone its planes. #qantasluxury

If there was ever a case for staying away from sites like Twitter, Anthony Weiner is it. This New York politician (who recently lost his New York City mayoral bid after stepping down as a U.S. representative) became famous for his lack of judgment and restraint.

Perhaps not fully understanding the public nature of Twitter (at least at first), he infamously shared an inappropriate photo showing off a certain part of his anatomy to a young woman. Worse, he lied about doing it. He became a laughing stock pretty much instantly.

The bigger issue though is that this Twitter user didn’t seem to learn from his mistake. Rather than humbling himself and working to earn back respect, he took a self-entitled approach to his later mayoral campaign, only to be found to still be sexting with other women, even after resigning from Congress over the initial Twitter scandal. Some people never learn.

Wow, so many followers now. #IsThereTrollRemovalSoftware?

Sorry for all the unwanted attention on #WeinerYes follows. I didn’t mean to make you famous. #CollateralDamage

NY mayoral hopeful Weiner almost tragic if not so funny. What a sicko. Should help city by just fading away.

What were some of your favorite Twitter PR fails and blunders? Have you ever lost respect for a person or company because of something they said, did, or shared on the platform? Tell us about it in the comments.