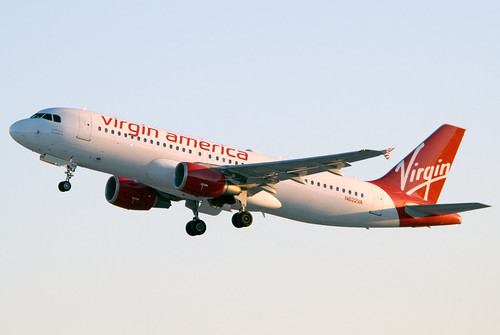 As Twitter goes mainstream, more and more companies are jumping on the bandwagon and recognizing how useful it can be.  Twitter isn’t just for geeky computer types with nothing better to do with their time than talk to their friends 140 characters at a time.  Quite the opposite, really.  Twitter is quickly becoming a communication medium of choice between companies in a variety of industries and their customers.

The travel industry is no different.  With airlines like Virgin America and British Airways, as well as cruise lines like Carnival and Crystal Cruises already on board and using Twitter regularly to communicate everything from vacation specials to possible flight delays, the impact of Twitter can be felt throughout the travel industry.  While vacation specials and flight related information would be something you’d expect an airline to share via Twitter, the interaction doesn’t stop there.

Virgin America Really Gets It Right

Virgin America is using Twitter somewhat differently than other companies in the travel sector – they seem to be interested in using it to build a rapport with its target audience.  After all, isn’t that what Twitter is for?  What’s different about Virgin’s approach to Twitter?  It’s genuine.  You can clearly tell there is a human being at the other end of that Twitterstream and that’s a welcome change in today’s cold world of corporate policies and standard operating procedures that leave we human beings feeling as if all companies care about is our money.

What Virgin is trying to do is remind its customers that there are people behind the company – people that genuinely care about having fun, working together and creating a pleasant experience for Virgin’s customers every day.  It’s refreshing, to say the least.  Most of all, Virgin actually interacts with people via Twitter.  Who?  Huh?  What?  That’s right…real person-to-person interaction.  Here is a perfect example:

Virgin actively engages its Twitterverse regularly and with far more than just flight delays and vacation specials.  I applaud their efforts and hope that other companies take a close look at what they are doing from a public relations standpoint – and more importantly – I hope other companies follow suit.  Not only does Virgin ask their customer for feedback, they share those experiences openly in their own Twitterstream.  They ask what they’re doing well and what they could be doing better – and then expect to get answers.

Perhaps one of the most impressive aspects of Virgin’s Twitterstream are the images.  At first glance, it seems a bit odd to see so many images in a company’s tweets.  That is, until you realize the origin of the images – Virgin’s customers.  These are not high-dollar professional marketing photographs being used to psychologically lure consumers into believing that Virgin is awesome because of their imagery.  These are images taken by Virgin’s passengers.

The subjects of the photos vary from terminals and gates to scenery taken out the window during the flight to the aircrafts themselves, but the fact that Virgin encourages its travelers to interact with them in such a way is what is truly impressive – and may prove to be revolutionary.  Stop and think about it for a moment…you take a picture of the monitor in front of you on a Virgin flight, post it to Twitter letting your followers know you’re watching a college football game during your flight home.  Later you see that Virgin has retweeted that image.  Doesn’t that build rapport and make you feel as though Virgin is listening – that they may actually care about the experience they’re creating for their passengers?

If Virgin is monitoring something as seemingly benign and innocuous as the scenario above, imagine how responsive they would be in the event that one of their passengers had some sort of customer service related issue?  How do you suppose Virgin finds this information in the first place?  Chances are, they’re using Twitter Search – and so should you!  That may be one of many tools they’re using, but Twitter Search is certainly easy to use and allows you to search tweets in real time, so when someone’s tweet includes “Virgin America”, it will show up in the search results immediately – an invaluable online reputation monitoring tool, to say the least.

The lesson to be learned from Virgin America is this:  introduce a human factor back into your company’s interaction with customers.  What makes Virgin’s use of Twitter so impressive is that it isn’t full of corporate mission statements and canned phrases clearly written by marketing people in an attempt to manipulate the masses.  These are one-on-one interactions between whoever is charged with monitoring their Twitter account and actual Virgin customers.  It’s not merely corporate jargon and marketing-ease.  Virgin is clearly interested in building a rapport with their passengers and creating repeat business as a result of it.  What are you doing to build a rapport with your target audience?  Are you speaking their language?  More importantly, are you communicating with them using the mediums they’re using to communicate with each other about you?

Known as "SEOAly" throughout search marketing circles, Alysson Fergison provides small business owners with a variety of services including SEO and WordPress blog & website design. She has also written for several search marketing blogs including Search Engine Journal, Directory Journal and her own blog - SEOAly.