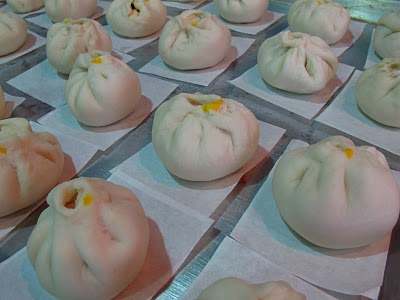 5 Animals That Are About To Become Extinct

The saying goes that a change is as good as a rest and in most cases this is a good idea.

In others, however, it has the complete opposite effect.

We take huge swathes of jungle or rain forest or whatever we want, changing the landscape and the habitat forever with next to no regard for the creatures that have lived there, without bothering anybody, for centuries.

Most people have a favorite animal or one for which they have a soft spot because it looks so cute or cuddly, while some just like anything that is different or dangerous.  Surprisingly, some of these are a long way down the road to extinction as their numbers are dwindling fast, in most cases through no fault of their own.

Things really are serious for and the endangered species list seems to get longer every week.

For anyone who does not understand the full implications of what this list is telling us, it is this simple – if things continue as they are there with deforestation and over fishing, there will very soon come a day when the only way that you will be able to see certain creatures, like those listed below, will be in a book or on television, as they will no longer be with us. 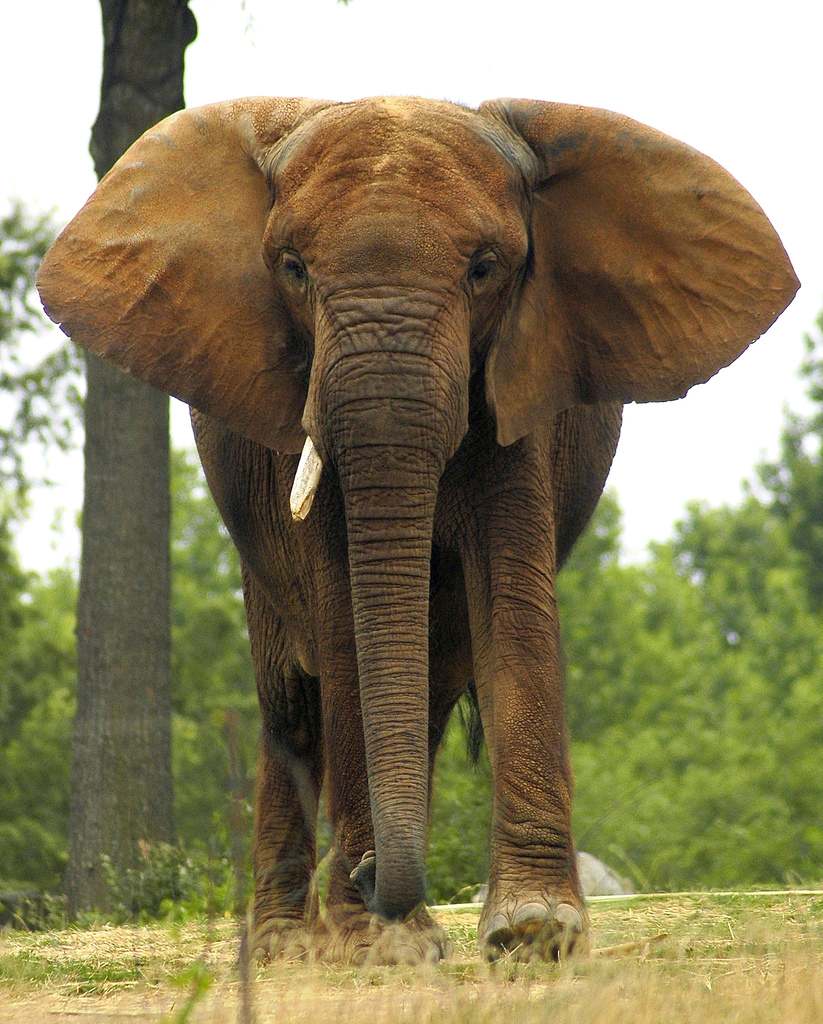 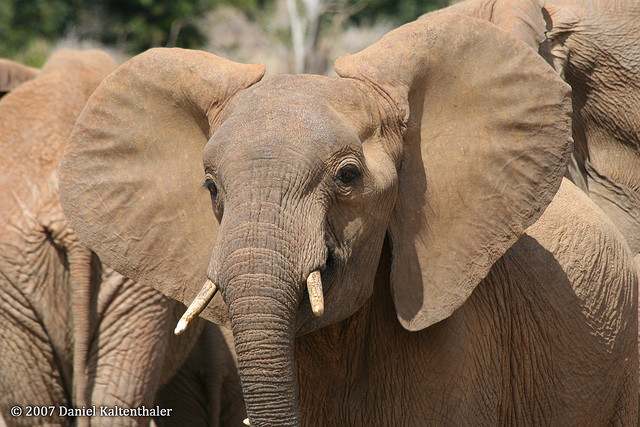 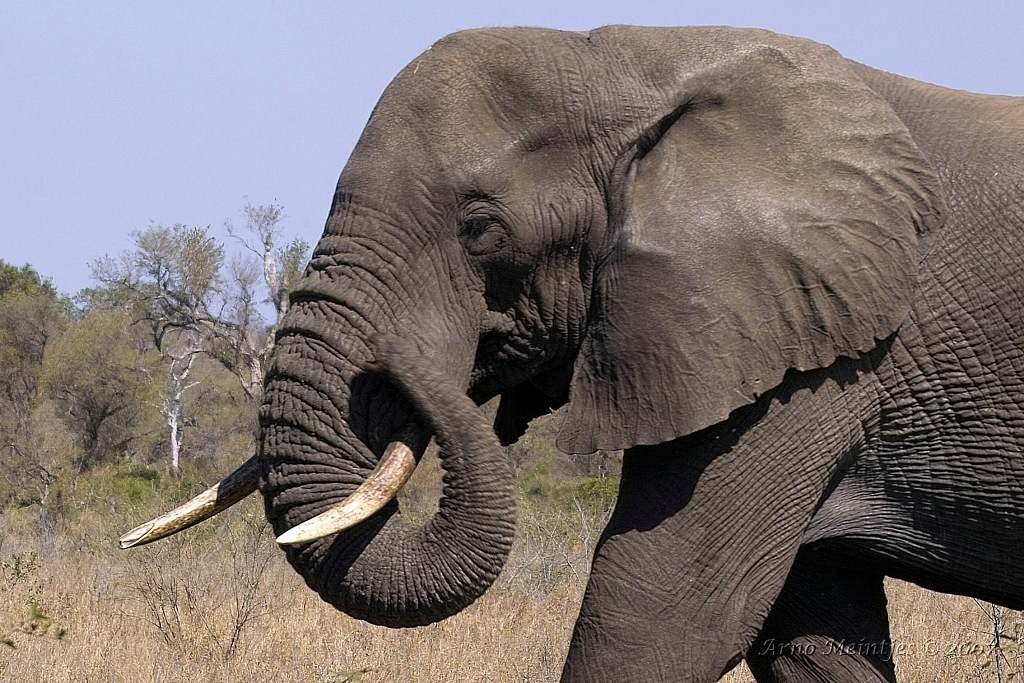 These majestic creatures are the largest living land animal in the world and are found almost all over the continent after which they are known.

Having large ears, which some people suggest look like a map of Africa, they use these to radiate heat to help to keep themselves cool.

The main reason for the decline in their numbers is poaching, which simply means that these beautiful creatures were killed for nothing more than their tusks – which are ivory – something that both male and females have.

Although there is now an international ban on ivory trading, the results of years of senseless killing saw the populations of these giants plummet in places.  In the 16 years between 1973 and 1989, the population of African elephants in Kenya was reduced by around 85% and in other places, the numbers have dropped from 400,000 to as little as 10,000 in around 40 years. 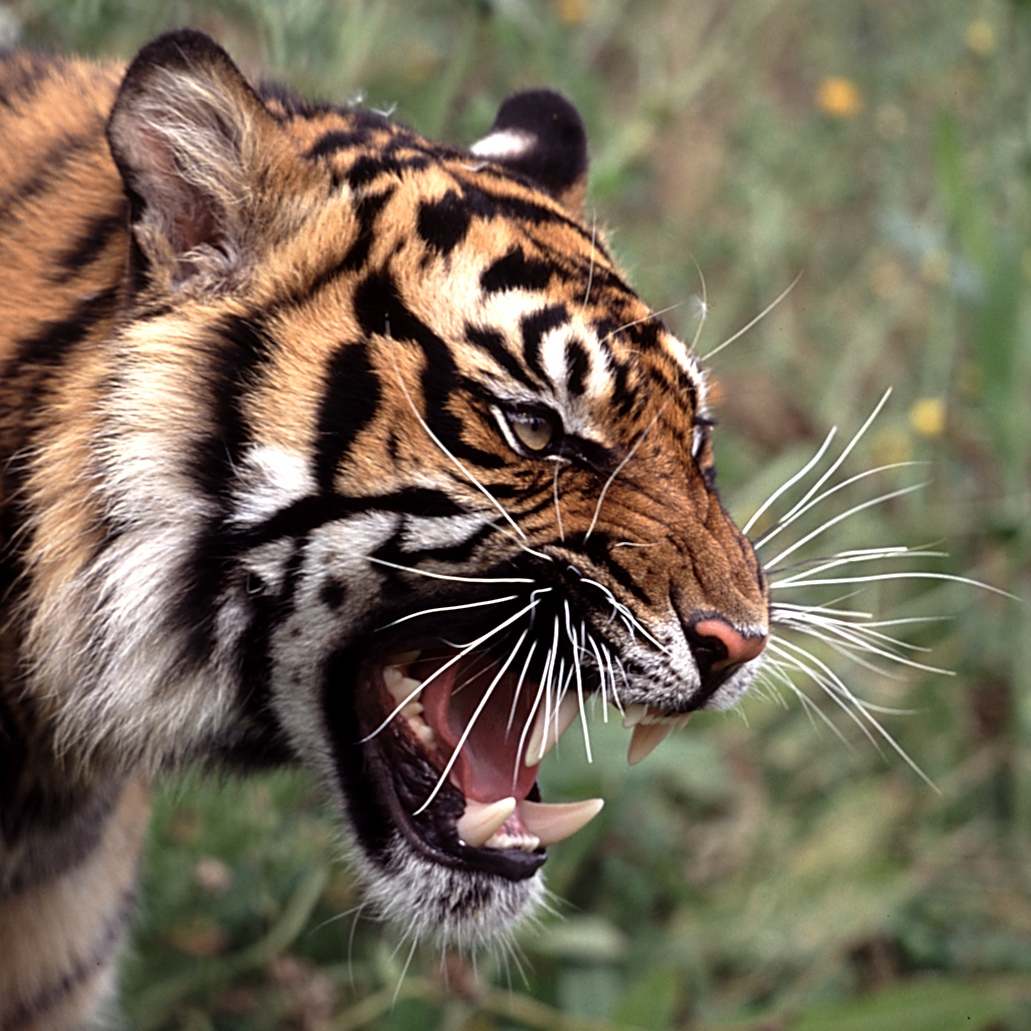 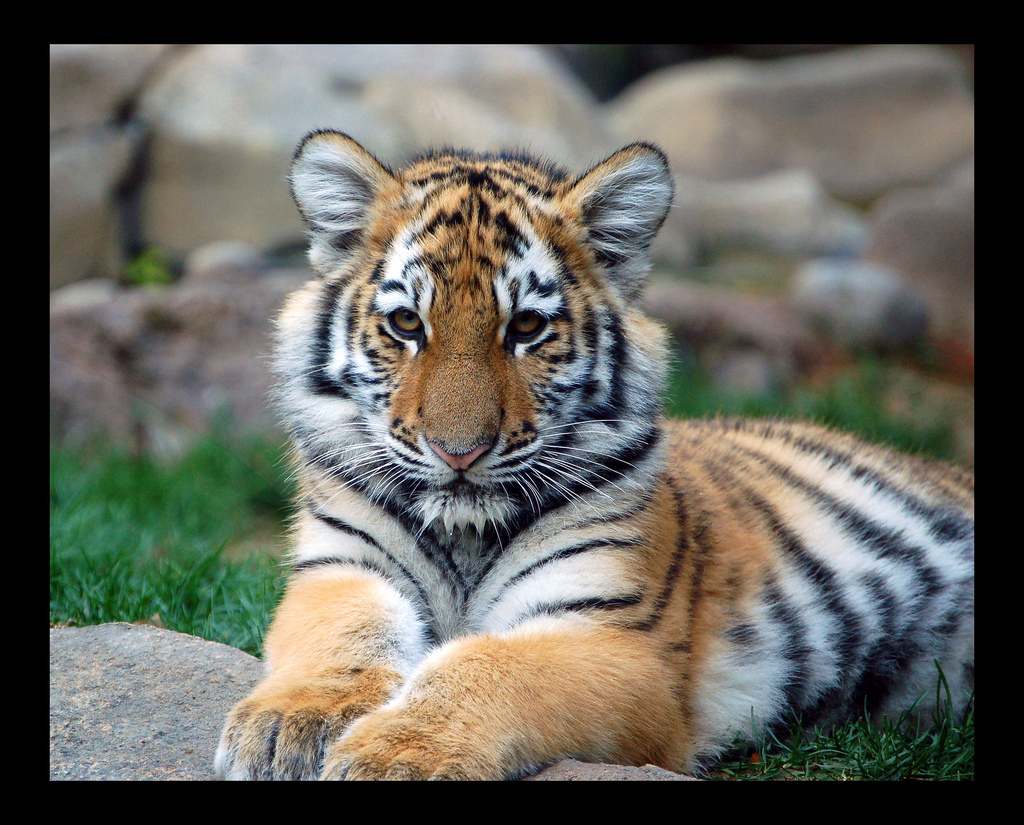 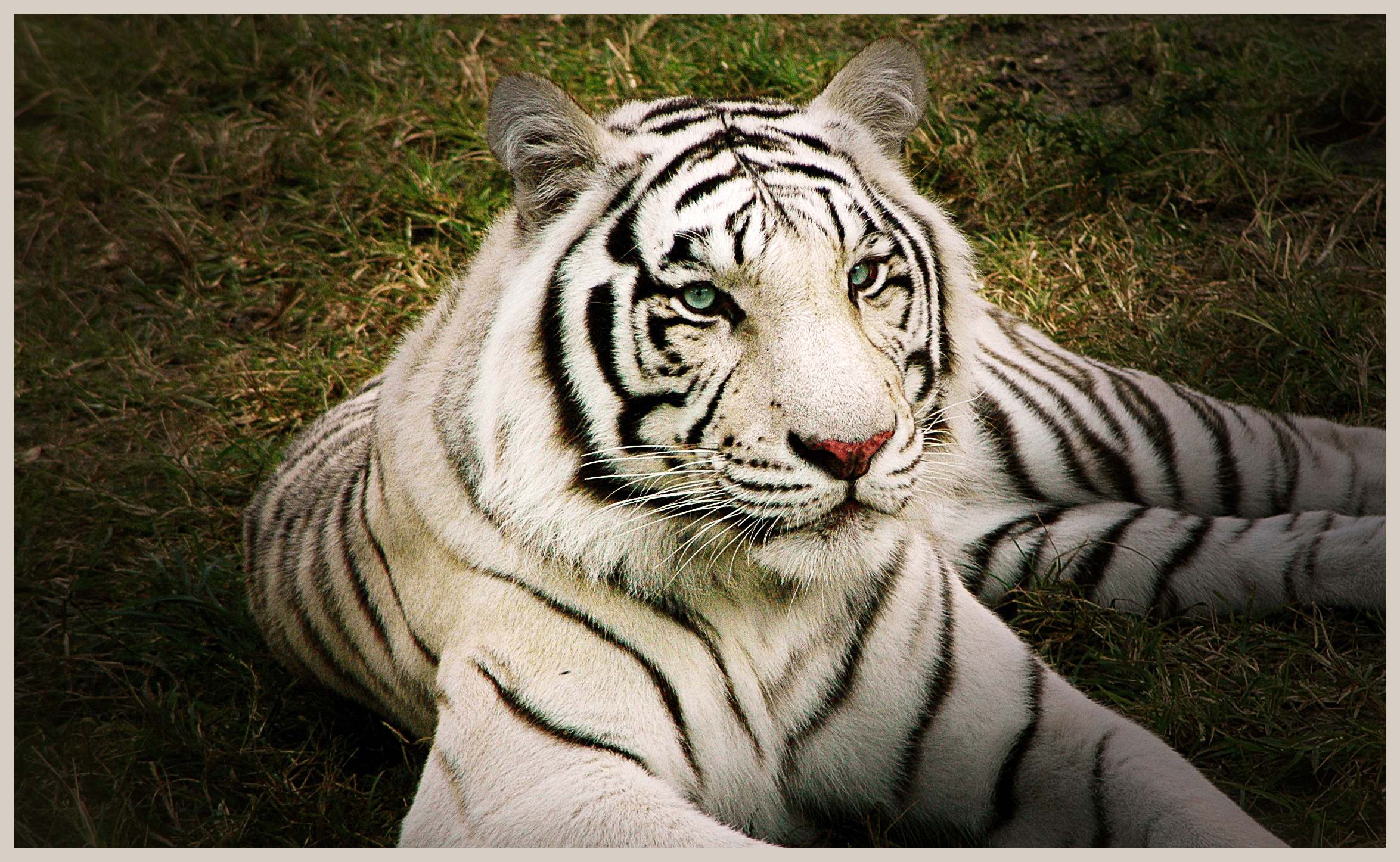 Magnificent is a fitting description for these fearsome predators, which most people would recognise from their markings.  These white and black stripes create a unique pattern that is not only excellent for camouflage in the long grass, but is also like a human finger print in so much as no two will be exactly the same.

These stunning creatures, the largest and some say the most beautiful of the big cats, have seen a massive decline in numbers.  It is thought that there are less than 5,000 tiger in the whole world with only, 6 of the 9 subspecies left, but hopefully the law that now totally prohibits the hunting of them anywhere on earth will give them at least a slim chance of survival. 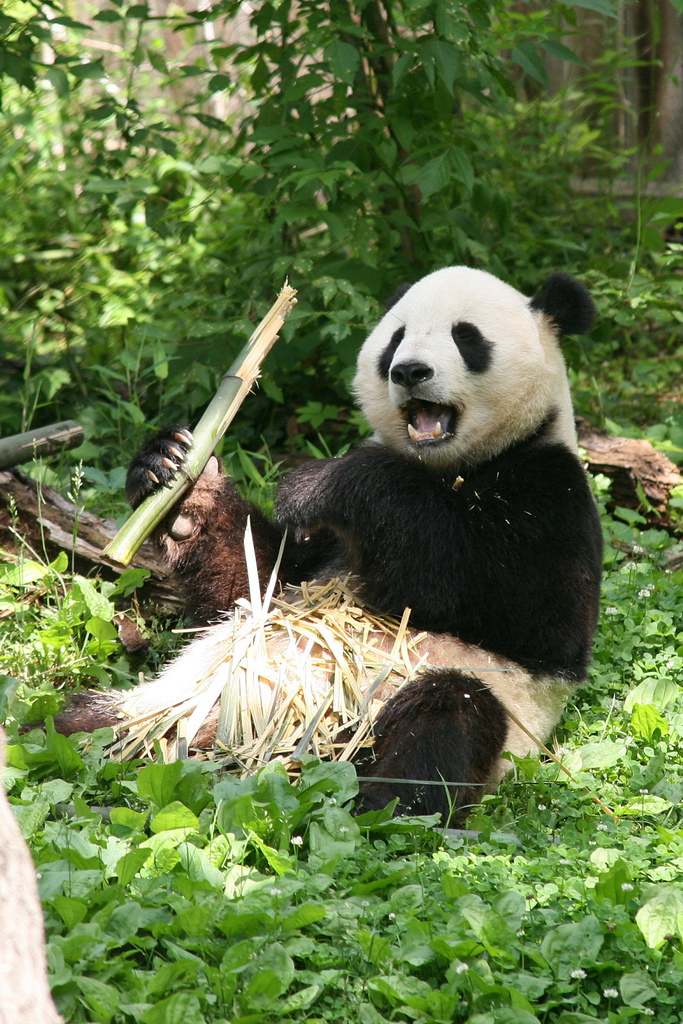 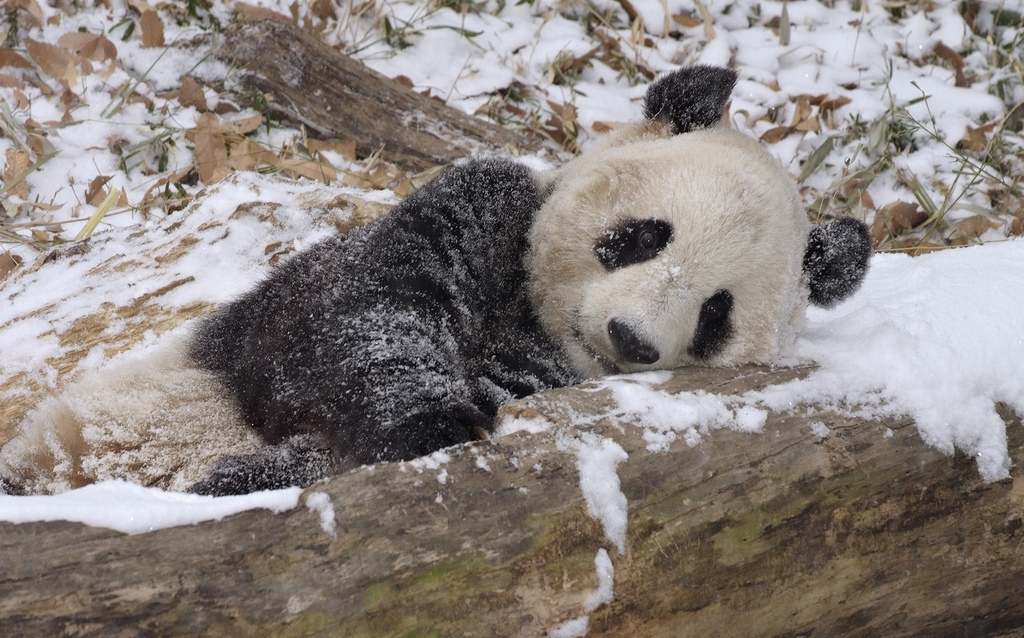 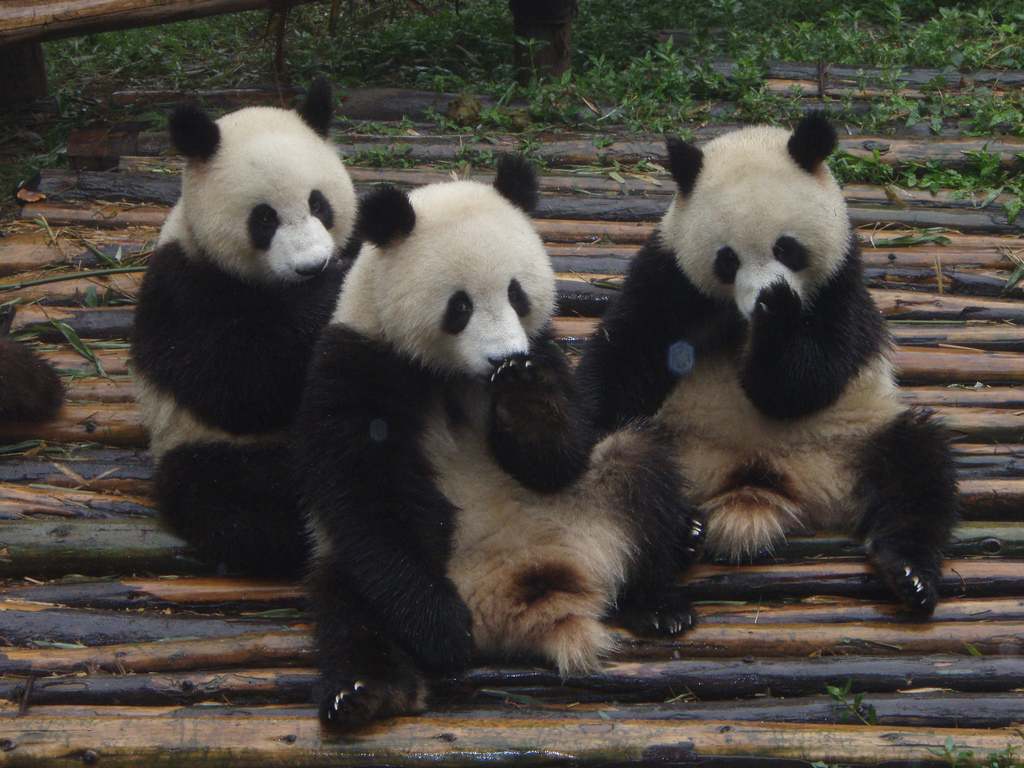 These cuddly looking creatures have captured the hearts of more people than any other simply because they look a little clumsy, comical and very loveable.  However, they are in truth solitary animals that prefer to live alone almost extensively in a few mountain ranges in central China, at elevations anywhere between 5,000 and 10,000 feet.

Their diet consists mainly of bamboo shoot, but they will also eat small birds and animals should the opportunity arise.

Growing to around 4 to 6 feet long and approximately 2 to 3 feet at the shoulders, they can weigh up to 350lbs and of course have that very distinctive black and white colouring that is instantly recognisable to so many people. 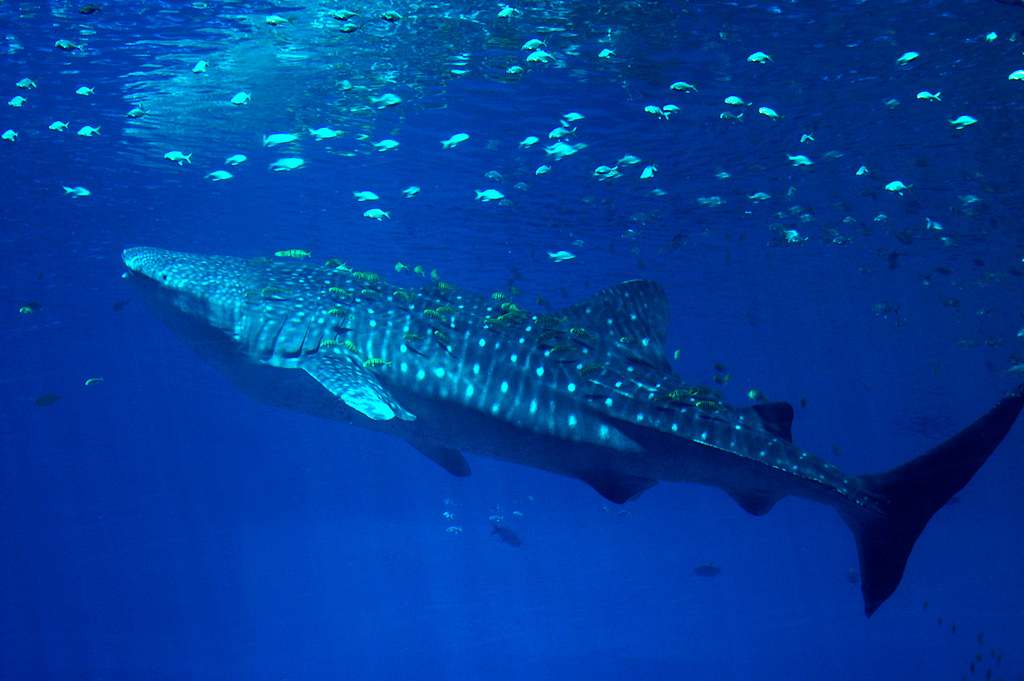 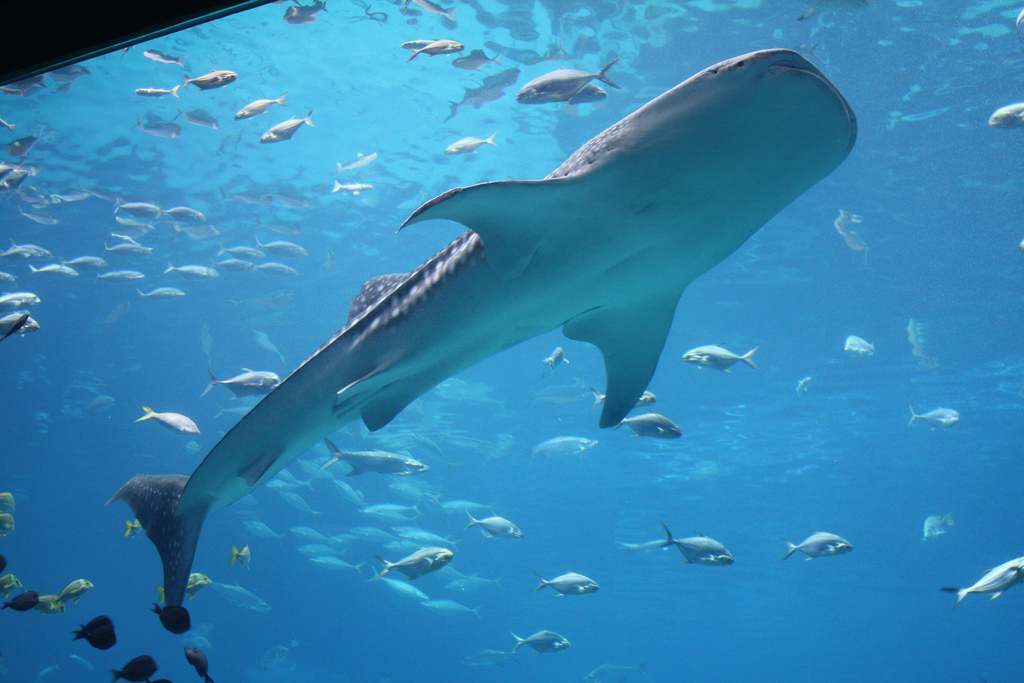 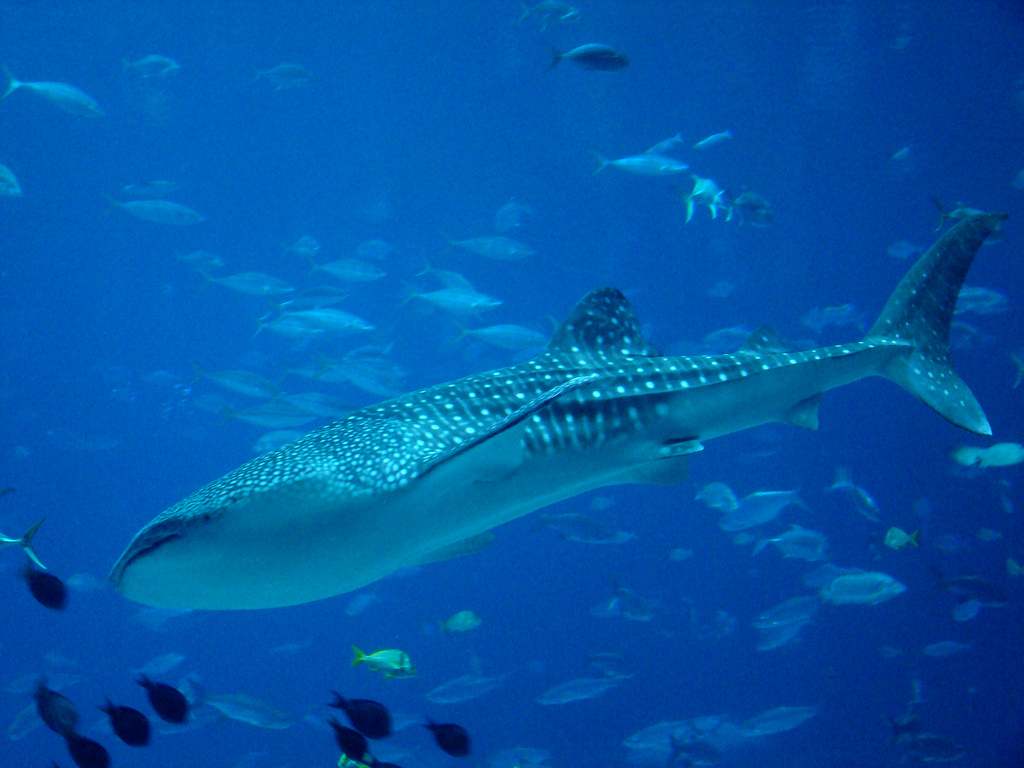 This is the largest living fish species in the world, which populate all of the tropical seas as they prefer the warmer waters.  They are true giants and can grow up to a colossal 41.5 feet and they tip the scales at around 21.5 tons.

Despite its huge size, this gentle giant is a filter feeder and uses its massive mouth to scoop up its food of choice, which fortunately for humans is plankton. They can, if left undisturbed, live for around 70 years, but sadly there are places in part of Asia that still find it necessary to hunt these beautiful, harmless creatures for one reason or another. 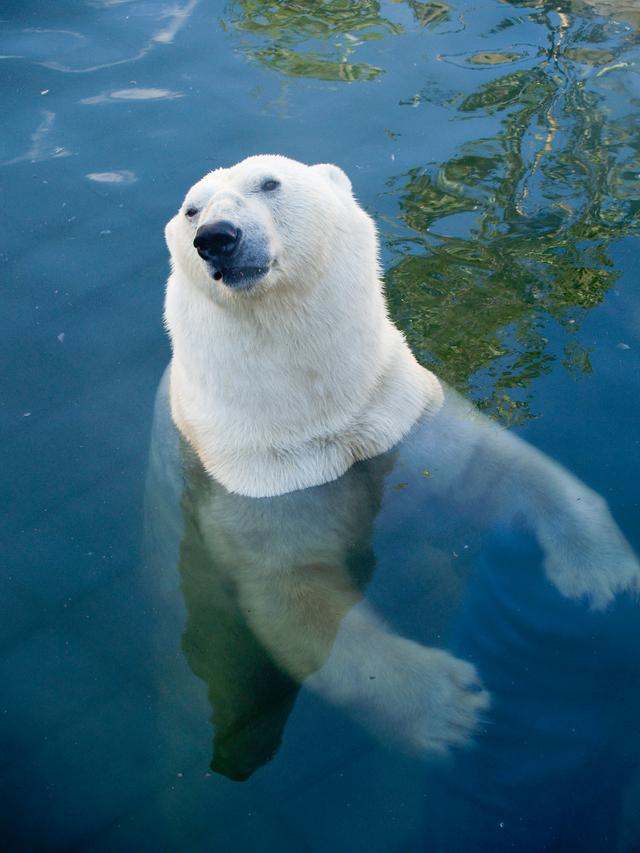 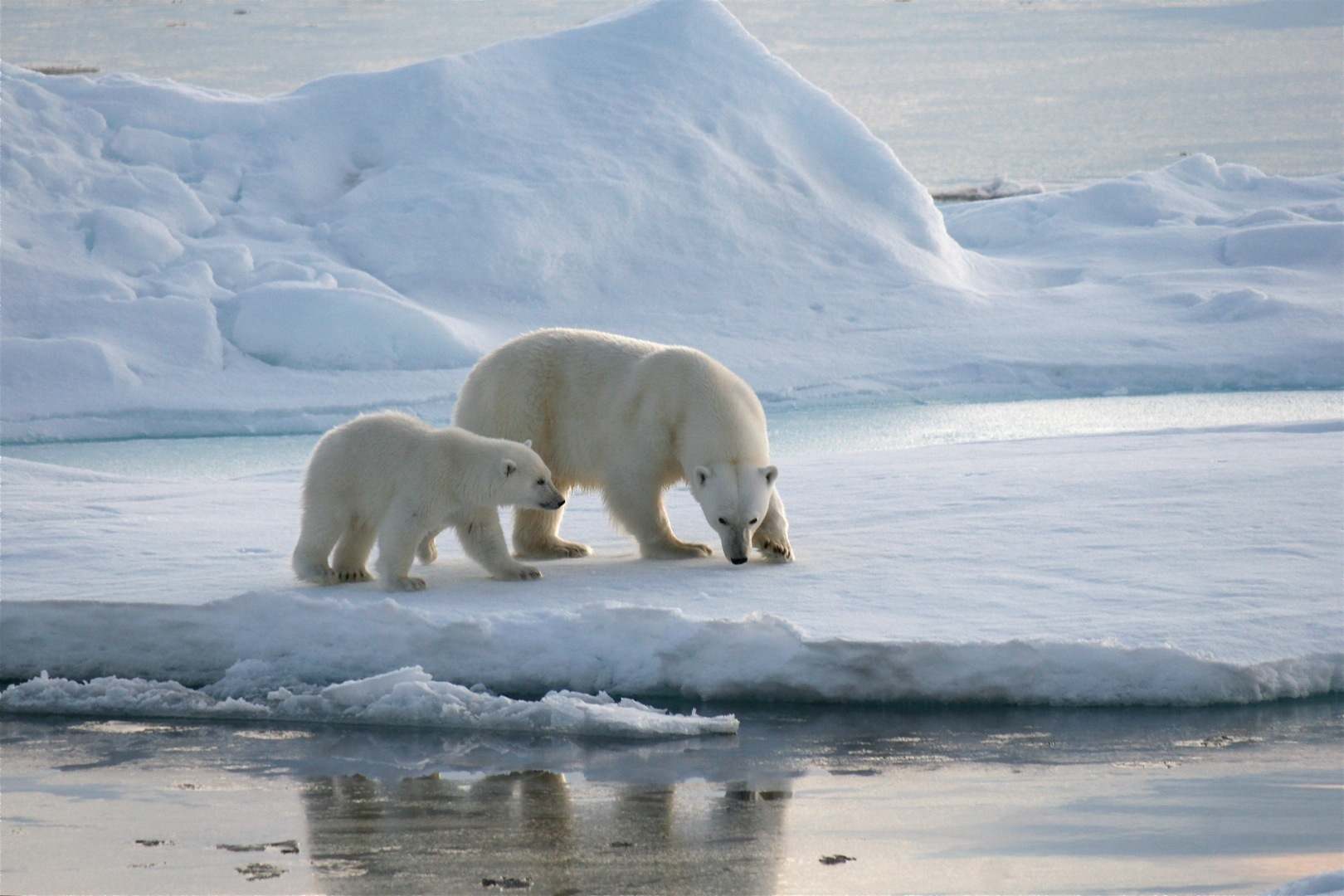 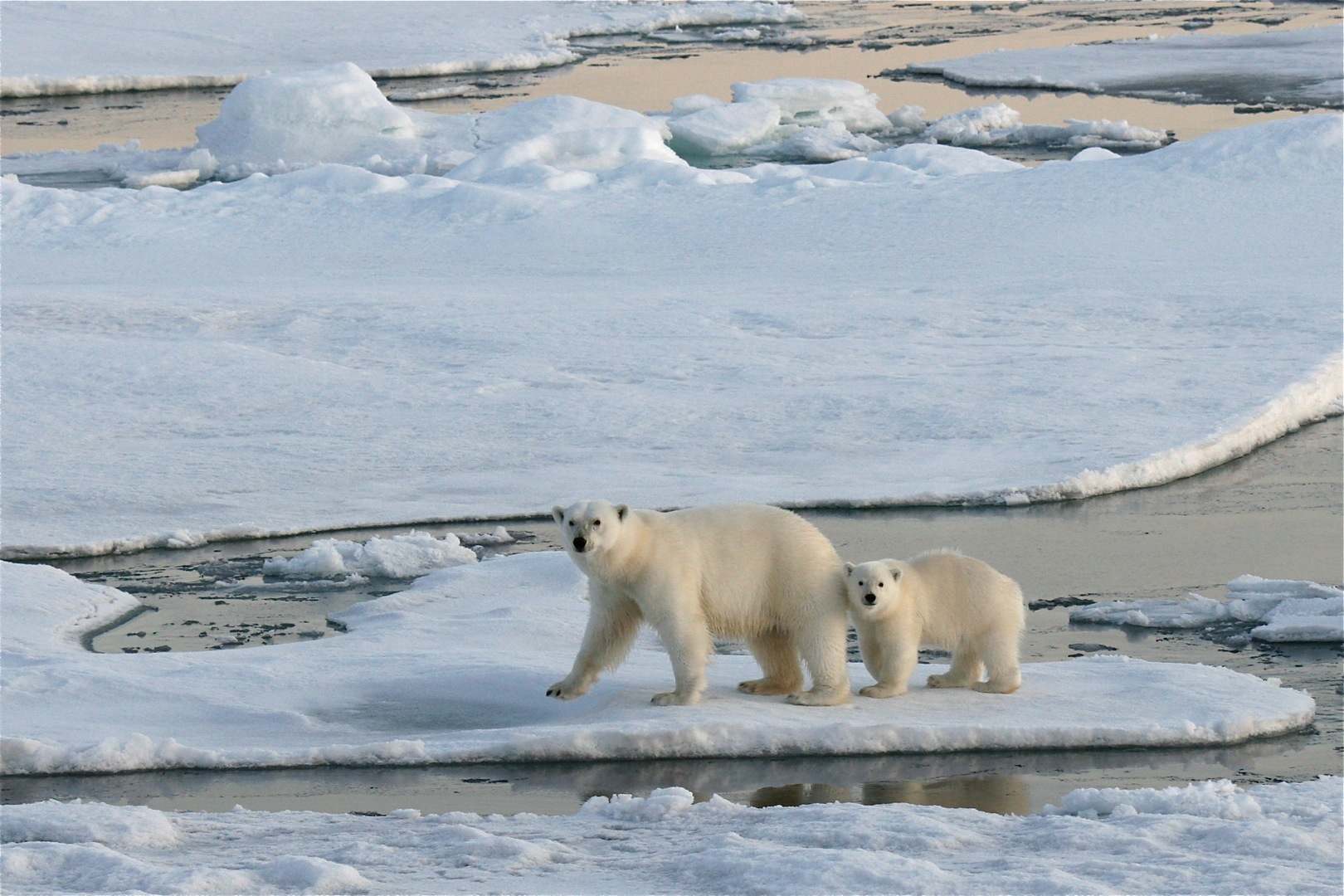 This bear is the largest carnivore, in the world and lives almost exclusively in that area of frozen wilderness that is known as the Arctic Circle.  Polar bears are twice the size of the Siberian tiger, with males growing to between 8 and 10 feet in length and weighing in at anywhere from 750 to 1500lbs.

It is believed that these beautiful creatures, although land animals, do in fact spend most of their time in the water hunting for their food of choice, which is seal.

They are able to withstand the intense cold because of their thick, almost transparent fur, which covers their body and is made up of air filled guard hairs. These hairs transmit heat from the sunlight to the bear’s skin, which is black, enabling the animal to soak up as much as possible of the available sunlight.