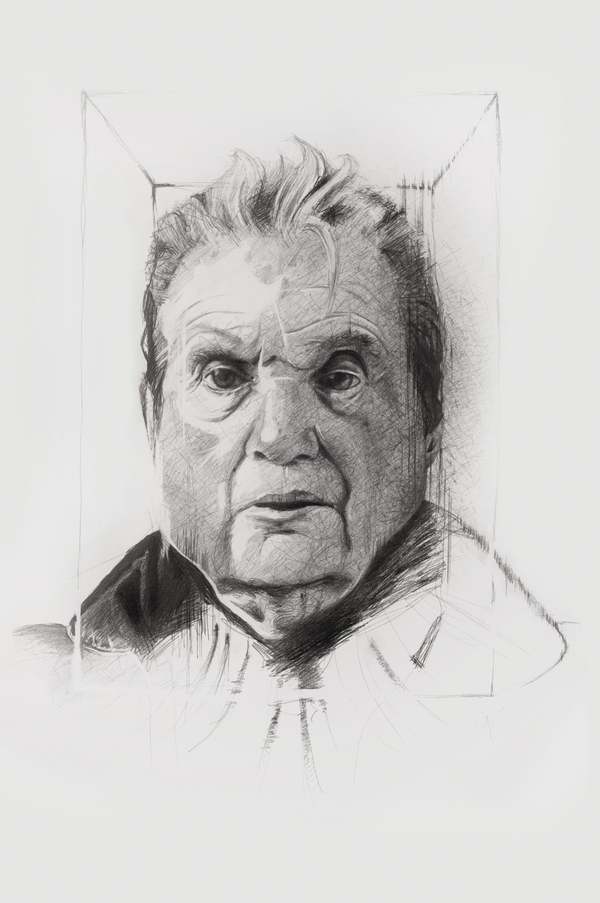 Cool Money: Collection from Around the World

You’re going to get one if you decide to visit one of these French territories in the Pacific Ocean – French Polynesia, New Caledonia, Wallis, or Futuna. You’ll see everything on it – a magic blue underwater world, amazing nature, and even the residents’ carefree life. For instance, one would expect to see a president’s or famous cultural or scientific figure’s face on a 10 thousand francs bank note, but instead there is a young beautiful Polynesian girl’s image with a garland made of flowers as well as palms and mountains behind her which are typical for this area. 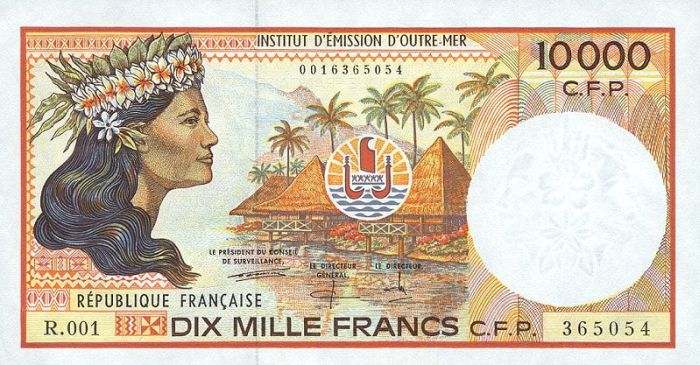 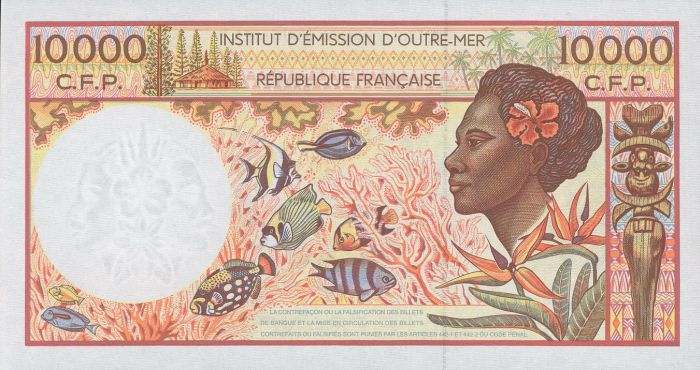 Although the Republic of Maldives is one of the world’s poorest countries, it can truly boast the extraordinary design of its bank notes. Fauna and flora of Maldives are full of vivid and saturated colors which combine with the sea, coconut palms, and a sailboat. Astonishing! The residents seem to be not too worried about a means of livelihood; they keep cropping coconuts and fishing with pleasure and lightheartedness. Just touch it and you will feel the spirit of the Maldives Rufiyaa.

There is a paradise on Earth and it’s located in West Africa in the Gulf of Guinea. It is called the Democratic Republic of São Tomé and Príncipe. The currency is called the Dobra and is abbreviated Db. The picturesque and vivid images on the Dobra bank notes truly resemble the landscape and lifestyle on the islands. On them you will find the wildest plants and animals, waterfalls and mountains, the sea and palms, as well as laborious locals. All notes depict the portrait of Rei Amador and River Kingfisher.

Switzreland is one of few countries who rejected the euro and managed to maintain its own currency, the Swiss franc (which, by the way, remains one the world’s strongest currencies with the lowest inflation rate on top of being one of the most beautiful). The front side depicts famous cultural figures with their achievements on the back side. For example, on the 100 franc bank note there is a picture of Alberto Giacometti, the outstanding Swiss sculptor and painter, and his most successful and touching sculpture called “Three Men Walking.” 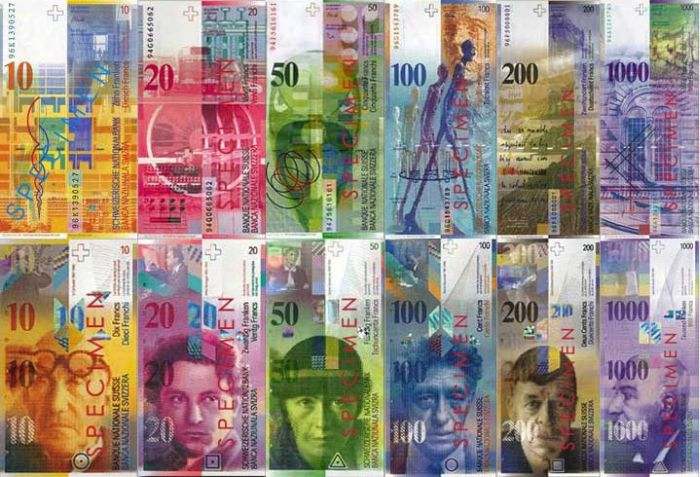 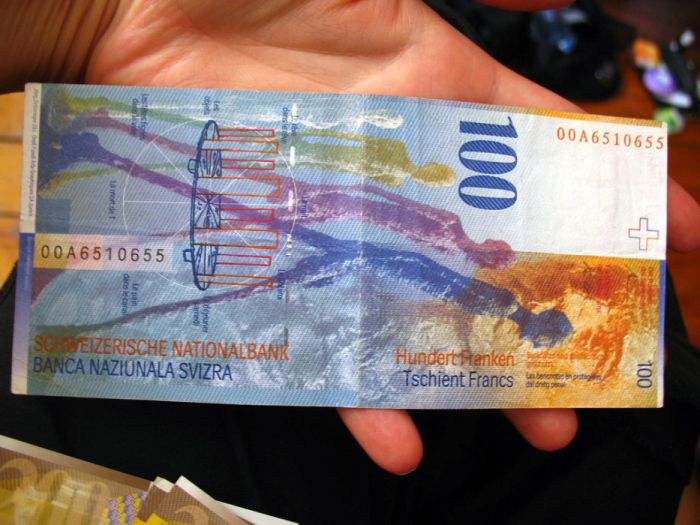 Let’s go back to the warm and sunny South. There is a beautiful spot right at the coast of the Indian Ocean, between Mozambique and Madagascar. The thousand Comorian franc bank note was announced the winner of the 2007 IBNS Bank Note of the Year award, which was awarded to the finest bank note issued in 2006. In the eyes of the judges, it has a high level of artistic merit, an imaginative design, and features that represent the best of modern security printing. The front of the 1,000-franc note depicts a coelacanth, a pre-historic fish long thought to be extinct, that was found living in the waters off the Comoros in recent years. This discovery put the Comoros into the center of scientific world. On the back side of the bank note there is a Comoran man in a canoe, surrounded by red and blue designs of differing character. 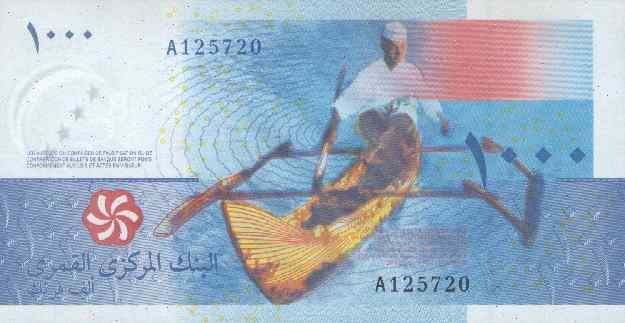 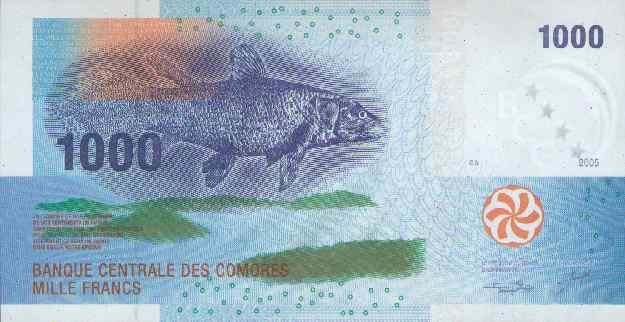 New Zealand is one of those beautiful and distant lands everyone puts on their list of places to visit. Not everyone knows that in addition to its exceptional natural landscape, New Zealand is famed by its bank notes. The money is printed on a special thin plastic material and not paper as in most countries. A picture of  birds can be found on the majority of the money. And that’s not strange, because birds occupied almost their entire air and landspace. 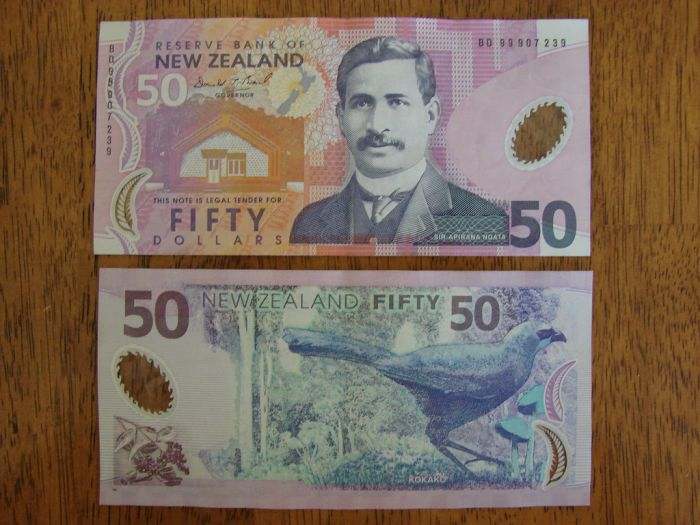 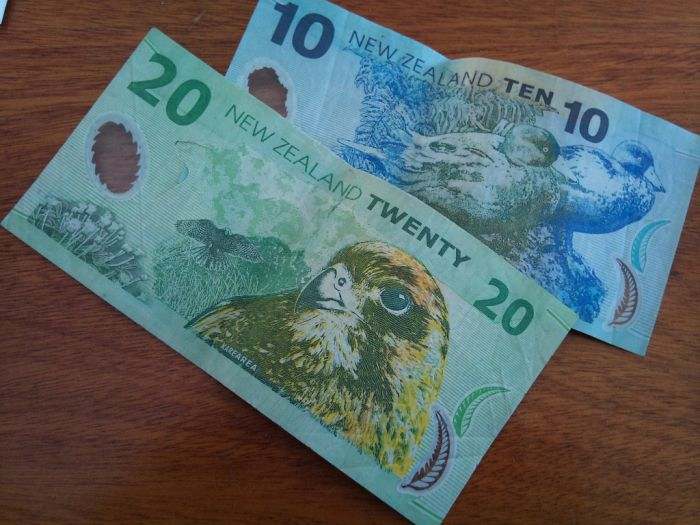 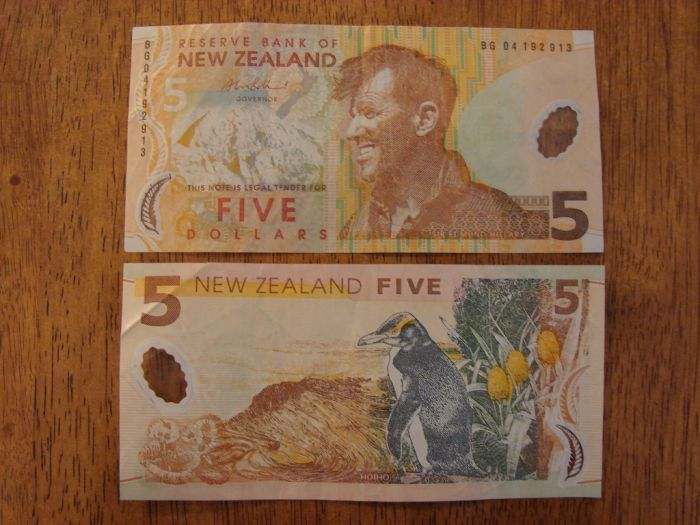 The Cook Islands bank notes shown below were issued in 1987 and were replaced by a new series of bank notes in 1992. The Cook Islands $3 bank note can be considered their most special one without any doubt. Just take a look, there is naked mermaid riding a shark and holding something from the sea floor. And there is nothing more but the sea around her. The picture on the bank note truthfully describes the lifestyle of those far exotic civilizations, lost in the midst of the Ocean a long time ago.

Let’s move from exotic lands to the kingdom of high-tech industry. Hong Kong is one of the largest, bustling and ever-growing cities which never sleep. All these facts are reflected on their bank notes. The main images on the notes are printed by an intaglio printing process which deposits a large quantity of ink on the paper thus giving the note an embossed feel. The fine lines of these images are clear and sharp. Also, the ten dollar (10 HK$) bills are made of polymer with a transparent panel. By the way, the first bank notes issued in the world were from China, probably in 618AD during the Tang Dynasty. 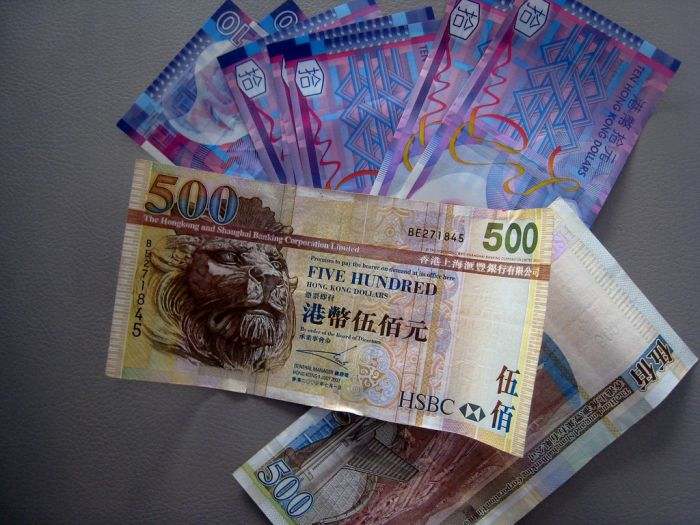 Bangladesh is a country in South Asia with  a low income economy. The unit of currency is called the Taka (Tk). 2 taka is the lowest paper money value there and the smallest size among other taka notes. It’s has a sun behind Shaheed Minar of the Language Movement on its front side, and the national bird, Doyel (Dhyal), on the back side. When putting the note into light you can see a head of a Royal Bengal Tiger as a watermark. 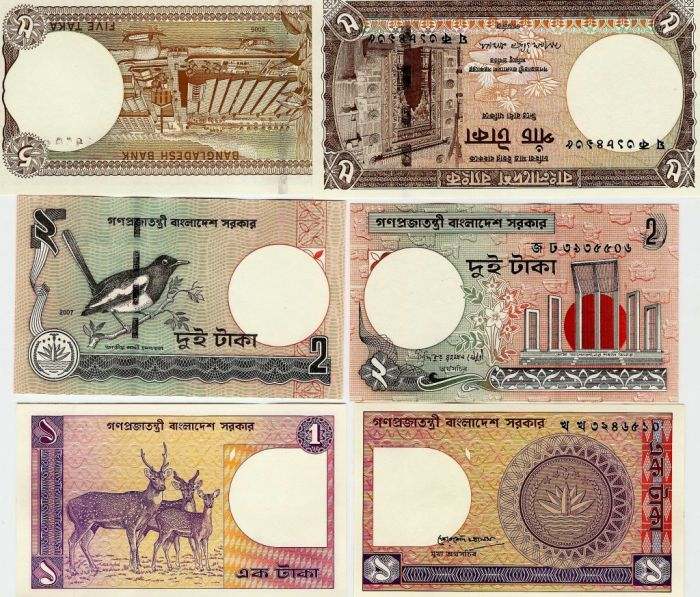 The Faroe Islands are the group of islands situated between Scotland and Iceland. The Faroes are a constituent country of Denmark. This is the main reason the Faroes are famed for their culture, line of occupation and nature rather than politics or personalities. Since fishing and fish farming are the only earning assets, the economy of the country becomes extremely vulnerable and dependent on them. The currency unit of the Faroe Islands – króna – is not an independent currency but is a version of the Danish krona. The bank notes look pretty simple and ordinary. But if you take a note in hand you will notice the raised look of the pictures on the right side. Amazing! The realistic look of the crab, snail and a dragonfly on the 500, 200, and 50 krona notes respectively are able to forward you overseas. 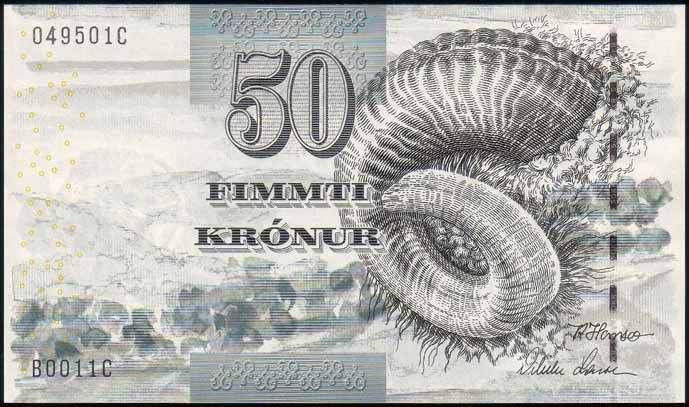 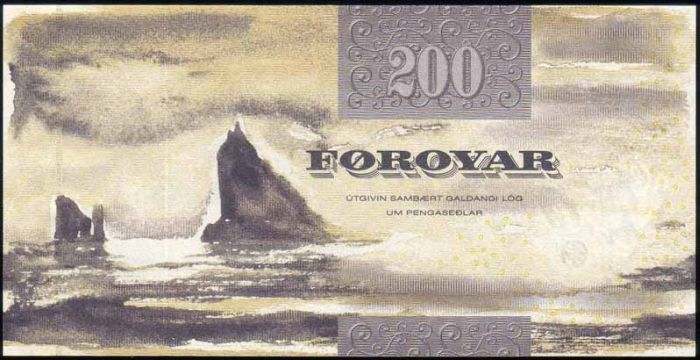 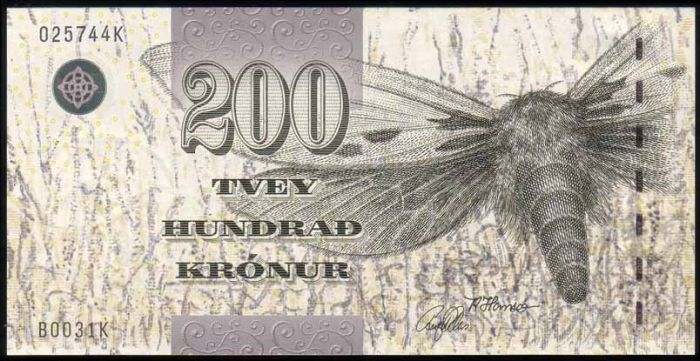