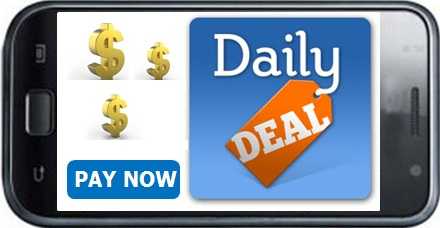 Are Merchants Offering Daily Deals Against Their Best Interests?

Daily deal sites have become popular in recent years, with customers jumping on significant discounts and spurred on to buy immediately by the pressure of the limited time nature of the deal offer. As specialty sites offered daily deals, other merchants also started to jump on the bandwagon, offering discounts on their own sites.

All these daily deals, however, may not actually be such a great thing for merchants after all. As a result, many merchants have realized that they were offering daily deals against their best interests and have stopped the practice. Others may continue to offer daily bargains, but some of these bargains may not actually present such good deals for consumers after all.

Are Daily Deal Sites a Bad Deal For Merchants?

When daily deal sites first became popular, many merchants took advantage of what they saw as a great source of publicity and a chance to get new customers in to try their business. As the industry grew and people actually tried out the marketing method; however, it soon turned out that the daily deal sites simply weren’t offering the return on investment that it initially seemed they might.

According to one Deals survey by Manta from October of 2012, only around
3 percent of retailers who offered deals on daily deal sites ended up getting
any type of repeat customers as a result of the deals that they offered.

Customers would come in to use the deal – which was often a loss leader for the retailer who offered a big discount and who paid a fee to the daily deal site. The customers wouldn’t come back, so the retailer only ended up with the low profits or loss of the initial visit and no gain from the deals.

With so few customers coming back for future visits, many retailers decided that daily deal sites were a bad deal for them.  As a result, businesses began to turn their backs on the idea of offering special bargains through daily discount websites.

While daily deals turned out to be bad business for many, there are still some merchants who will make daily offerings on their website during the holiday season. For example, retailers might offer “12 Days of Christmas” deals or some related holiday event where there is a different item on sale each day on relevant days in December when many people do their holiday shopping.

If merchants are running these deals themselves. They don’t necessarily come at such a high cost to the retailers as using a third party daily deal site. Merchants can also offer a reasonable discount that still allows them to earn a profit.

Customers taking advantage of these deals; however, keep in mind that the goal of the merchant is still to make money. This means that the deal might not be quite as great as the customer is hoping it will be. The deal may be on products that the merchant wanted to get rid of anyway like outdated stock, or the deal may simply not be a really great discount.

While this isn’t always the case, consumers need to do their own independent research and confirm prices and product reviews before they jump on making a purchase offered as a special deal of the day.

In the mood to look for some deals of your own or interested in making sure your deals are easier to find? Check out these DIRJournal categories.

Your business could be listed in DIRJournal’s business directory. Click this link to find out more.