Drinking Water – Recycled From The Toilet?

Predictions of a world without water, which only a short while ago seemed cannot really happen, are all turning into reality. All the talk about humans robbing the environment of its natural resources is becoming crystal clear as we see the changes taking place right in front of our eyes. It is disturbing to imagine the legacy we are leaving behind for our children, all because of abusing nature.

US grapples with water shortages and in a desperate bid to overcome the crisis, is turning to solutions that are hard to stomach for most people.

Los Angeles mayor recently announced his proposal of turning sewage water into drinking water. This move comes at a stage when California is on the verge of its worst water scarcity crisis in decades. Even in San Diego, the city council has plans of starting a sewage water recycling project. Florida is also planning a recycling system that would pump 23 million gallons a day of purified wastewater into the ground; the water will travel to a supply well and will be taken back as drinking water.

Currently waste water is being recycled by many cities, such as San Diego and Denver, for use in irrigation and industries. Other cities such as Florida and Tampa Bay area desalinate seawater, which is actually more expensive than recycling.

Cities considering the sewage water recycling projects have a long way to go. This endeavor called as “toilet to tap” by critics has received heavy resistance in the past due to the “yuck factor” it involves as well as the cost.

According to industry experts, the idea of recycling sewage water, using intense filtering mechanism and chemical treatments, can provide water that is much purer than the tap water people are drinking now.

Orange County in California has launched a system in January, which produces around 70 million gallons a day, which is enough water for the yearly consumption of 500,000 people. The cost of construction is said to be $481 million and cost of operation $29 million a year.

This system has a three-step process. First, the sewage water is treated and then a microfilter is used to run the water, removing bacteria and solids. The next step is a reverse-osmosis treatment, which entails passing the water through a membrane filter to remove salts, viruses, pharmaceuticals and other material. The last step is to treat the water with ultraviolet light and hydrogen peroxide to get rid of any contaminants that remain. Then this recycled water is pumped into the ground where it gets mixed with the other water, and filters material like gravel, sand and clay.

A hairstylist in California, when asked what she felt about this, voiced the sentiments of thousands of others, when she said, “I would never touch it, nor would I give it to my dog to drink.”

Amidst all this rejection, there are some supporters too, who believe this is a necessary step that needs to be taken, although this process seems unsettling to most people. A person who has tasted this recycled water says, “it tastes like distilled water.”

The first people who will actually be tasting this are the astronauts on the International Space Station (ISS,) who will be getting some of their drinking water from the toilet. NASA, after decades of testing, has perfected a system that transforms urine into water, which can be used for drinking, washing and food preparation. This machine is also said to suck in humidity from the astronauts.

As gross as this all sounds, the day may come, when people are left with no choice in the matter but to drink what is available in the form of water.

How Do You Know If You Have A Toxic Colon? 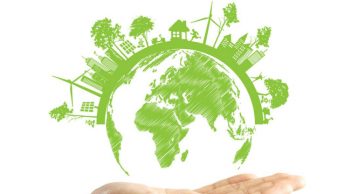 5 ways your business can remain eco-friendly while it expands