Facebook seems to land itself into trouble again and again, with lawsuits being filed against it from all corners.

The fight with 02138 ended in a fiasco with the ruling going against Facebook. Let us go back and see what happened. It all began with an article in 02318, an independent magazine geared towards Harvard alumni.

Mark Zuckerberg, as you would know, is the CEO of Facebook, which he founded in 2004. The controversy began when 02138 magazine published an article named “Poking Facebook,” giving a detailed profile of Facebook’s early days, which was the pet project of Mark Zuckerberg, who was then an undergraduate. The author, Luke O’Brien, who was also a Harvard alumnus, dug up old court documents, letters and web site content that painted a cold picture of Zuckerberg as arrogant and an individual with no qualms and willing to do anything to achieve his goals. The documents that were revealed to the public included a huge amount of personal information about Zuckerberg along with his parents’ address, his girlfriend’s address and his Social Security Number.

Even Zuckerberg’s personal journal was not spared. An excerpt from the journal that showed him in bad light was, “I almost want to put some of these faces next to pictures of farm animals and have people vote on which is more attractive,” wrote Zuckerberg, talking about some of the students’ pictures from Harvard. These comments showed him as harsh.

This article understandably got Facebook fuming and legal notices were served to 02138 asking for the documents to be pulled emergently. Facebook also wanted the documents related to a legal battle against it over the origin of the company to be removed immediately. Most of these documents were said to be obtained by a reporter from a clerk at the District Court.

The article’s main focus was a lawsuit against Facebook by ConnectU. The connection with ConnectU began when Facebook was young in 2004, when the founders of ConnectU, another social networking site sued Mark Zuckerberg, a fellow Harvard student, of stealing ideas from their social networking site. Mark Zuckerberg was said to have stolen these ideas while working with ConnectU in 2003.

Facebook fought back and the PR head Brandee Barket sent an email saying, “We filed the motions to let the court know that its orders were being violated. One reason the court ordered certain documents’ protection was to prevent exactly what has happened: misusing documents and taking documents out of context to sling mud. We want to be clear on what these motions are about. These are not about an article the magazine has written, these are about documents that were protected by a court that have been misused.”

She also said, “Mark Zuckerberg and many others built Facebook through their own ingenuity and hard work, and they are focused on building it further. It is unfortunate but not surprising that others falsely claim credit for it after its enormous success.”

The Executive Editor of 02138 replied, “We believe that we have a legal right to post them online and that you have a legal right to read them. Meantime, spread the word that a company which plans to collect and sell personal information about 50 million people doesn’t want one magazine to do the same about Facebook and its founder Mark Zuckerberg.”

Unfortunately, in spite of Facebook’s attempts at claiming that the magazine has no right to reveal personal documents, the court favored 02138.

As far as ConnectU goes, on June 25, 2008, the lawsuit was settled and Facebook, as part of the settlement had to agree to give an unknown amount of cash to ConnectU as well as some stock in Facebook. In return Facebook would receive all the ConnectU stock owned by the founders.

ConnectU then made an appeal saying Facebook is misrepresenting its value. Facebook’s value was put at $15 billion when Microsoft took $240 million stake in Facebook last year, but Facebook claimed that the valuation was only pertaining to the Microsoft deal and that the actual valuation is $3-4 billion. ConnectU did not want to part with its stock until that issue was cleared, because that will affect the amount of money they received. In spite of the appeal, In August 2008, the U.S. District Court ordered ConnectU to stick to the original settlement and transfer its stock to Facebook.

That should put to rest this lawsuit, but controversy is Facebook’s favorite companion, and there is another one waiting in the wings. Facebook sued StudiVZ on July 18, 2008, with an allegation that StudiVZ copied everything from its look to services. StudiVZ denies the claims and awaits judgment. 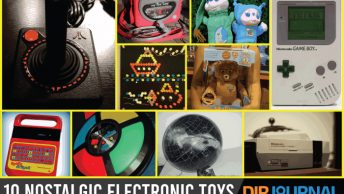