Filtering Software For All PCs In China – Censoring The Internet? 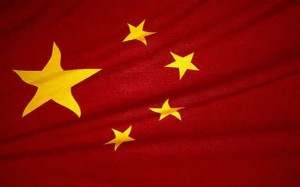 Would you like to own a computer that comes with filtering software? Like it or not, the government of China insists that all computers be installed with this software, which is produced by a local firm, from July 1.

In spite of government officials clarifying that this is only meant to protect children from pornography and all other unhealthy content, there have been protests galore from various quarters.

The Government Is Trying To Help

According to Liu Zhengrong, deputy chief of the Internet Affairs Bureau, “The nationwise move is purely to protect the youngsters from Internet pornography and violence. The software has proved to be effective in trials in schools.”

Even the producer of this software, Jinhui Computer System Engineering Co. said the software only filters nude pictures and other pornography. Their official media quote says, “Our software is simply not capable of spying on Internet users, it is only a filter.”

However, computer makers and human rights activists look at this differently. They feel the government is doing this to censor the Internet. Critics fear that the software may work as a spyware to keep tab on all access to politically sensitive websites and blogs run by Tibetan activities and groups of dissidents.

There have been complaints from manufacturers of foreign brands too, saying it is not going to be easy installing the new software in such a short time.

Experts are of the opinion that all this effort by the government is going to be a waste of time, as consumers will be able to delete the software or reformat their hard disks after they get their new computers.

The government is said to have spent $6.1 million on the “Green Dam-Youth Escort” filtering software.

This means, this software may help with the average kid but not the tech savvy kid. Teachers and parents also comment that many normal websites are also banned, including course-related material.

Some interesting reports also say that the software has the ability to record Internet usage data as well as being spyware – it transmits reports to Jinhui Corp., and there is no guarantee that personal information is not collected secretly.

Who Should Have the Finally Say Over What Children Can Access Online?

The software manufacturer is also said to have received death threats and thousands of harassing phone calls. A well-known magazine argued that control over censorship to protect children should be left in the hands of parents and teachers.

Although, the government can use any mechanism to guide parents to take responsibility for their children, it should not try and take the place of a parent.

This outcry by citizens, the legal challenges, satirical cartoons and petitions made the government take a long look at their proposal again.

The Ministry of Industry and Information Technology changed its stance and revealed that users are not forced to install or use the Green Dam Youth Escort software – though the software will come with all PCs that are going to be sold from July 1, either pre-installed or on a CD.

With people so used to their freedom in using the Internet, this kind of authoritarian moves may just be a thing of the past.