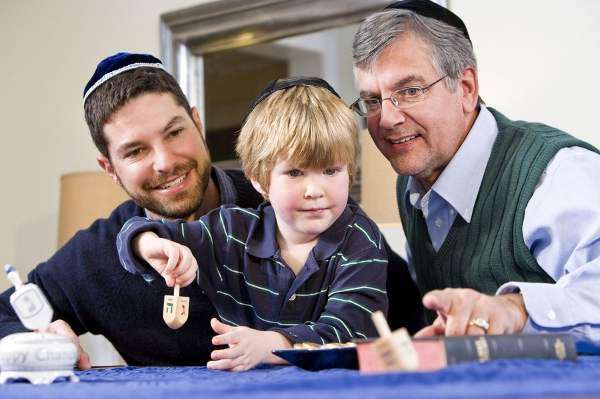 Business owners and anyone doing business needs to understand cultural traditions. This is critical to conducting business and keeping your employees and staff content.

If you aren’t very familiar with the significance behind yamakas and why they’re worn by many Jewish individuals, this post will help answer your questions.

The History of the Yamaka and What It Means to Judaism

A yamaka is a small cap that’s generally worn by Jewish men. This cap is also referred to as a kippah. The original word for a yamaka comes from Aramaic, and the meaning of that original Aramaic word is “fear of God.” While most people have seen someone wearing a yamaka, plenty of people who aren’t very familiar with Judaism have at least one question about it that they’d like answered.

Why Do Jewish Men Wear This Cap?

There are two main reasons men wear a yamaka. The first is if they’re part of an orthodox group, they may follow laws that require them to keep their head covered at all times. This reason is why it’s not uncommon to see men wearing this cap while they’re walking down the street or going about any other part of their daily routine.

The other reason a man may wear a yamaka is if he’s part of a Reform or Conservative community, it’s standard to wear one while in a synagogue or taking part in prayer. This is why anyone from a celebrity to a plumber may wear a yamaka on occasion, but not have it on during the majority of their week.

Why Doesn’t Everyone Wear a Yamaka All the Time?

The simple answer is that people interpret things differently. Some groups within Judaism believe that their texts explicitly say that their heads should be covered at all times. Others believe that they can follow all necessary requirements by simply wearing their caps during the specific situations discussed above. If you’re especially interested in this subject, you’ll probably enjoy reading through a more in-depth look at the Jewish law surrounding this specific issue.

What are Yamakas Made From?

As with the previous section, the answer to this question depends on the specific group that’s wearing these caps. It’s possible for a yamaka to be crocheted, as well as made from suede, black velvet or satin. And instead of the standard smaller size of a kippah, a few groups wear a larger white crocheted cap that covers their entire head.

Are Certain Colors or Patterns Always Used for Yamakas?

While some groups do have a specific style that they wear, the most common answer to this question is no. As long as the design of a yamaka isn’t offensive to the Jewish faith, most groups are fine with these caps featuring all kinds of fun and playful designs. That means they can have anything from the Star of David to a train on them. Kippahs with smiley faces and sports logos are also very popular.

Have Any Secular Laws Been Passed About Yamakas?

Yes, several secular laws have been passed about people wearing kippot. Primarily, these laws are in regards to members of the military, prisoners and public school teachers. Goldman v. Weinberger, the Religious Apparel Amendment and the Religious Freedom Restoration Act are some of the most important cases and acts related to this issue.

Don Schlossberg is an orthodox jewish rabbi, avid writer and published poet. In his spare time he can be found spending time in the great outdoors with his family and living a kosher lifestyle.