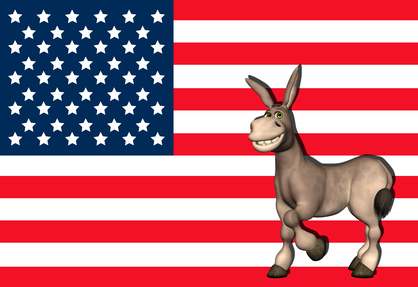 Did You Know? 500+ Obama Videos Most Videoed President in History?

President Obama is most likely the most videoed President in the history of the United States. Throughout 2009 and 2010 Obama’s Presidential Weekly Addresses were posted on YouTube. In 2011 and 2012 the videos are posted by topic instead of simply by the week. These are archived by The American Presidency Project containing over five hundred of these Obama videos.

That site currently contains over 102,645 documents including Inaugural and State of the Union addresses, Press Releases, and Executive Orders.

The 2012 Presidential debates were broadcast live on YouTube and social media experts such as
Murray Newlands are predicting that live video will become increasingly popular in politics.

Whether you know someone running for local office or you have a business of your own, you may want to pay attention to the tips Murray offered about how you can use video and the popularity of politics to promote yourself:

Murray uses social media monitoring to gauge how much interest there is in any given topic.The graph below shows that 50% of public discussion surrounding the Presidential debates being live broadcast was positive and only 8.7% was negative.

This indicates that it would be wise to consider using video for
local elections as well as anything else you want to promote.

Anyone can use the new social media monitoring tools to measure what the public thinks and wants. The graph above was generated using Alerti which is one of the easier to learn tools. If you want to take it for a spin you can get a free trial social media account. Use alertivideo to extend the trial to a full 90 days.