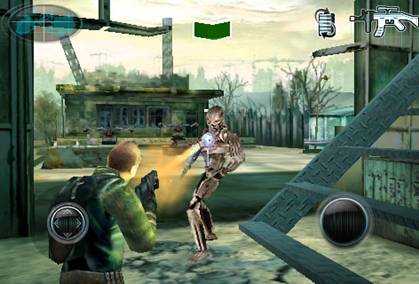 Over the past year, the gaming industry has seen some major changes. One major change is the rise in popularity of mobile gaming. Cell phone games have come a long way from solitaire, and with the iPhone these games are now a force to be taken seriously.

While the iPhone has hundreds of entertaining and fun games to play, I’ve come up with a list of the top 8 iPhone games. If you’re an iPhone gamer, leave a comment with games you think should be on the list. 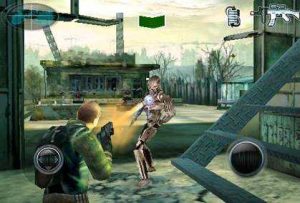 8. Terminator Salvation—This iPhone game was released in the middle of 2009 in conjunction with the new Terminator movie starring Christian Bale. It’s actually one of the first iPhone games I played, and I still find it pretty impressive.

Terminator Salvation for the iPhone has a certain Gears of War feel to it. You can crouch and take cover while in battle, and the camera view is just behind your character over his shoulder. Gamesoft, the developers of this game, did an excellent job of nailing the controls for this game, making it easy and fun to play.

7. Flight Control—With Flight Control, you’re put in charge of air traffic control for a busy airport. This means you have to coordinate flight patterns of airplanes and helicopters to ensure safe landing for all aircrafts.

The great thing about Flight Control is it’s easy to pickup and play. The controls are simple and intuitive, and it’s unbelievably addicting.

6. Deer Hunter 3D—If you’ve ever played the arcade version of Deer Hunter, you know what to expect with this game. In the iPhone version of this game, you’re once again hunting deer, elk, and moose. Controls are simple, and the graphics are surprisingly beautiful. If you’re looking for a hunting game for the iPhone, this is your best bet. 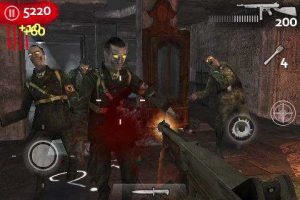 With this first-person shooter, you can choose to play solo, co-op, or online. The only slight negative is that the controls can take a bit getting used to, but once you get the hang of it, you’ll be killing off zombie in no time at all.

Map pack downloads expand the game to allow you to get even more playtime from it.

4. F.A.S.T.—Sure there are other flight games for the iPhone, but none of them compare to fast. In this dogfighter, you need to shoot your enemies down as well as use evasive maneuvers to avoid getting shot down yourself.

The game is honestly pretty difficult at first, but if you don’t give up, you’ll catch on and soon see why this is the iPhone’s premier flight game.

3. Spider: The Secret of Bryce Manor—In Spider you play as—yep, you guessed it—a spider. The concept of this game is fairly simple: You crawl throughout the empty house eating bugs, building webs, and trying to stay alive. At the same time, however, you’re also trying to solve a mystery, making this an action-puzzle game that satisfies all your gaming needs.

2. N.O.V.A.—If you love first-person shooters like Halo, then this is the iPhone game for you. Choose from several different guns as you protect Earth from aliens. Sure, it’s not the most original first-person shooter, but who cares? This is, in my opinion, the best shooter on the iPhone. Enjoy single player or online multiplayer. 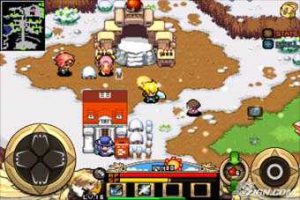 1. Zenonia—This action RPG is one of the deepest games on the iPhone. It features well over 40 hours of playtime as you guide young Regret to solve the mystery of what happened to his dad. Along the way, you collect items and get into many tough battles. Zenonia is a gorgeous game that’s sure to please fans of classic Zelda games.

Which iPhone games are your favorites? Leave a comment with your suggestions.