There is a new wave of technology heading toward school aged children in poor countries. Special computers designed to be used in rugged conditions and requiring very little power have been designed and are available for $188. XO, the company behind the computers, originally planned the machines to be only $100, but the final product ended up retailing at almost $200.

For two weeks in the middle of November, XO will be offering a “buy one, send one” special. The rugged little computers will be available for sale for $400. When you purchase one, you will get your own machine for any purpose you like and the profits will pay for another computer. That computer will be sent to a child in a rugged country.

The computers are small in design with green and white casing. They are laptops outfitted with Linux and built-in wireless networking. While there is hope the computers will one day use Windows, the unusual specifications of the machines make it hard to predict how well that operating system would work.

Most interesting, the computers use very little power and can even be recharged by hand using a crank or pulley. They also have a screen that can be easily read both indoors and in the full sunlight. This is a feature most expensive laptops are missing. The fact that it is part of a $188 machine is especially impressive.

XO originally planned to start production when three million orders came in. While they haven’t yet reached that number, manufacturing has begun on the units. The units will be on sale through the website, www.xogiving.com. The first 25,000 orders will be delivered in time for Christmas, but the remainder will be delivered in January.

Of course, most individuals are interested in giving the laptops rather than receiving one themselves, so the delay in shipment will likely not be an issue. Nicholas Negroponte, the director of the project has high hopes for large orders and a ramping up of interest as word gets out. Several poor governments are looking to larger countries to sponsor the initiative. For example, Italy will be buying the first 50,000 XOs for Ethiopia and Negroponte is trying to set up similar deals that would benefit Afghanistan and Pakistan children.

One reason the computers have not become more popular immediately is Negroponte’s announcement of his intention announced the market of developing nations. Now many other machines are available for around $200. Some of these run Windows making them more attractive. In fact, Russia passed on the XO in favor of a Windows based machine.

Whether the platform is Windows or Linux, the development of computers for children in developing nations is a commendable act. While others may crowd the market for profits, some began the initiative with good intentions. They seek to bring the children of the world the technology that marks the wave of the future. 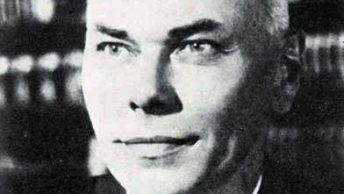 From Room Filling To Space Saving, The History Of The Computer

Some Of The Best 30-Inch LCD Monitors!

Apple All Set To Bring Out Ready-Made Ringtones!