The human brain is the most complex and highly sophisticated computer ever built. The entire nervous system is very complex and is as vulnerable to various problems as the rest of the body is. There is fear of damage to the brain cells, infections, injuries, degeneration and other defects and tumors. Degeneration or disease in which nerve cells degenerate and die, usually quite slowly, is pre-senile dementia, which includes Alzheimer’s.

What is Alzheimer’s Disease?

Alzheimer’s disease (AD) is a non-reversible age-related brain disorder that develops over a period of time (years). In the initial stages, people experience confusion and memory loss, which usually is mistaken for memory changes associated with aging. However, these symptoms of AD gradually lead to personality and behavior changes, a decline in cognitive abilities such as decision-making skills, language skills as well as problems recognizing even close family and friends. Ultimately, AD leads to loss of mental function. These losses are caused by the worsening breakdown of the connections between different neurons in the brain and eventually their death. AD comes under the group of disorders called dementias and is the most common cause of dementia among people aged 65 and older.

What Are The Symptoms?

There are three stages of Alzheimer’s disease: 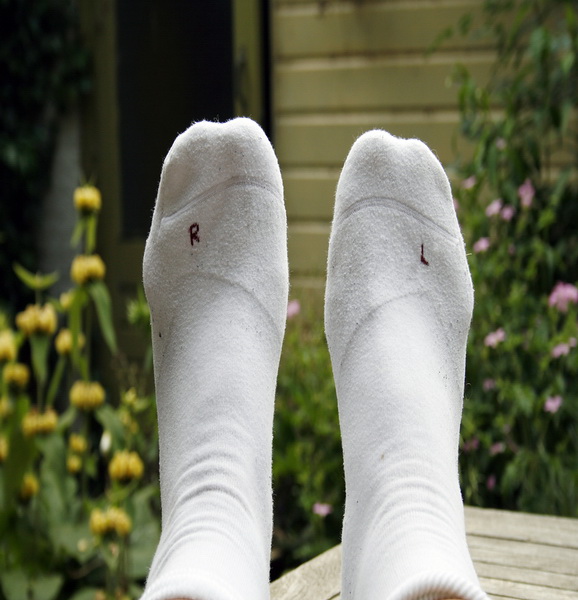 The common changes that are noticeable in people suffering from mild AD are:

• Loss of interest in life.
• Recent memory loss without any changes in conversation or appearance.
• Loss of judgment about money.
• Difficulty with new learning and making new memories.
• Trouble finding words.
• Shorter attention span.
• Loses way often.
• Resists changes or new things.
• Has trouble thinking logically.
• Asks repetitive questions.
• Withdraws, irritable and uncharacteristically insensitive and angry when tired or frustrated.
• Will not make own decisions and start depending on others to make decisions.
• Forgets to pay or forgets how to pay – may give the person a wallet instead of money.
• Forgets to eat, eats constantly or eats only one kind of food.
• Misplaces things or losing things by hiding them in odd places or even forgets where things go, like putting dishes in the washing machine.
• Constantly searches, keeps checking or accumulate things that have no value.

• Noticeable behavior changes and concern for hygiene, sleep and appearance.
• Difficulty recognizing people and own objects, even close family like the husband and son.
• Poor judgment and self neglect. May wander off and risks falls.
• Repetitive talking.
• Restlessness and repetitive movements, especially during late afternoon or evening, such as trying doorknobs, pacing etc.
• Has trouble following notes and performing tasks.
• Inappropriate behavior and may be threatening, accusing, biting, hitting, kicking or screaming.
• Forgets manners and etiquette.
• Begins to see things or people that do not exist.
• Takes frequent naps or wakes up at night thinking it is morning.
• May be scared of a mirror image and thinks it is following them or that a television story is their story.
• Need help with remembering how to do things, such as dressing, drinking etc.
• Forgets the difference between public and private behavior. May remove clothes in public.

• Loses recognition of self and/or family.
• Speaks nonsense or is very quite.
• May refuse to eat or forgets to swallow.
• May cry out frequently or keep touching things.
• Loses control of bladder and bowel.
• Has weight loss and thin skin.
• May forget to walk or be unable to walk.
• May have seizures, frequent falls and infections.
• May sleep more.
• Need help with the ADLs.

How Is It Caused?

What causes AD is not yet understood. Scientists suspect there are several factors that affect each person with AD differently.

Age is said to be the most important risk factor.

Family history is another risk factor. According to scientists, genetics may play a role in most cases of AD. Early-onset of familial AD, which is very rare, usually occurs between the ages of 30 and 60 and is said to be inherited. Late-onset AD, which is the more common form, occurs later in life and no inheritance is obvious. The only risk factor gene that has been identified is the gene that makes apolipoprotein E (ApoE). Every person has ApoE, which helps with the cholesterol in the blood; however, only about 15% of people have the form that increases the risk of AD. There may be other genes, but none have been discovered yet.

Scientists found evidence that some of the risk factors responsible for high blood pressure, stroke, heart disease, high cholesterol and low levels of vitamin folate may increase the risk of AD.

How Is It Diagnosed?

Sometimes the results of these tests help doctors diagnose other diseases, such as drug reactions, depression, brain tumors, thyroid problems and blood vessel disease in the brain, as these diseases can have symptoms like AD.

Early diagnosis helps people plan for the future. It gives them time to discuss the options for care, look at treatment of the symptoms, with the patient still capable of making decisions.

What Is The Treatment?

The most unfortunate thing about AD is that there are no medicines that can slow the disease progression. However, there are four FDA-approved medications that are used to treat the symptoms. Although, these drugs will not stop or reverse AD, they have been found to help people carry on with their ADLs by helping with their memory, speaking skills, thinking, some of the personality and behavioral changes. For mild to moderate AD symptoms, rivastigmine (Exelon), Donepezil (Aricept) and galantamine (Reminyl) are given. For severe AD symptoms, Donepezil and memantine (Namenda) have been recently approved by the FDA.

What Is The Prognosis?

In rare cases, people develop AD in their 30s, 40s and 50s. This is called, “early onset” AD. But in more than 90% of the people, AD develops after 65 years of age. This is called, “late-onset” AD. The development and the damage in the brain are similar in both. The course of the disease and the rate of decline vary from person to person.

How Can Individuals And Family Cope With Alzheimer’s?

“I’ve accepted my AD as part of who I am. It’s not as difficult now that I’ve come to terms with it. Getting over the initial hurdle was most difficult.” – Susan

Some of the activities that a person with AD can do to help relax and get away from the stress include; having pets, volunteer jobs, listening to music, gardening, getting plenty of fresh air and exercise, going out with family and friends.

In case of an early diagnosis, the person can sit with close family members and decide on how they should be taken care of in the future. Loved ones play a major role in taking care of the patient and being loving, as the disease progresses. Once the disease reaches the severe stages, a nursing home may prove to be helpful, if it is not possible for one person to be totally dedicated to the care of the patient.

It is advisable to join some support groups in the local area to ensure all help and moral support possible.