Rumor has it that Google has briefed the press that it may very soon launch its internal database, BigTable, as a web service.

For those that are not aware of what BigTable is, it has been described as a distributed storage system for structured data. It is a database system designed to handle huge amounts of date (petabytes) across thousands of community servers.

The BigTable has been built on Google File System (GFS) and more than sixty of Google’s projects store date in it, including Google Earth, Google Finance, Google Maps, Google Analytics, Blogger, Orkut, YouTube and web indexing. We can understand the vastness and capability of this system, if we can for a moment imagine the amount of data these projects could be playing with.

The original intention behind Google creating its own database is to save on the heavy costs and avail of the benefits of better access and total control over its data. BigTable has proved to be most reliable and successfully provided high applicability, high performance and scalability over the past few years. It has turned out to be a great high-end solution for the above Google projects, handling huge amounts of data, taking care of bulk processing in the backend and real-time data serving.

Although, the BigTable is like a database and resembles one, it provides a different interface. While a full relational data model is not supported by the BigTable; it provides clients dynamic control over data layout and format. It allows them to control the locality of the data and also decide whether they want to serve data from a disk or out of memory.

As of now, BigTable is only used by Google, although access is given by Google to its users, as part of the Google App Engine. According to sources, Google is planning on making BigTable available as a web service to other developers, as it is now sure of the extremely high functionality.

The BigTable launch by Google is being seen as a competition to Amazon Web services (AWS.)

Amazon Web Services provides developers access to a powerful suite of web services that allows them to store huge amounts of data and information, gather information from the net, through Amazon EC2 (Elastic Compute Cloud) for cloud processing power, Amazon S3 (Simple Storage Service) for cloud storage, Amazon Associates Web Service and Alexa web services, among others. Alexa also includes web search, web information, thumb nails and top site ranking services. Amazon only charges its customers for the storage and bandwidth they use and nothing more.

Although, there is no mention of the pricing of Google’s web services, since it is very clearly perceived to be in competition with Amazon’s AWS, assumptions are ripe that Google will go the Amazon way.

With Google’s penchant for doing things perfectly and scoring very high on the reliability factor with its users, if released to the public, this is surely going to be a benefit for thousands of people looking for reliable web services and willing to pay high dollars for the convenience. 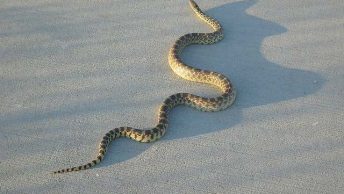