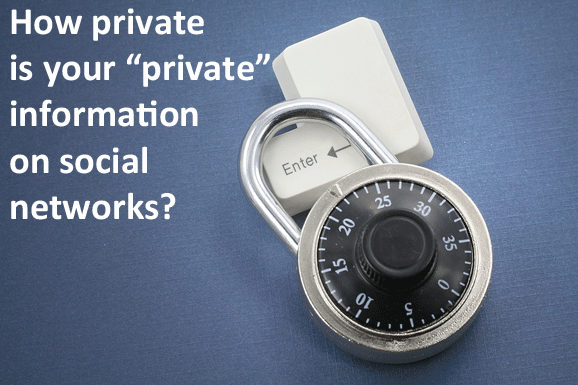 Facebook. Privacy. We ought to know by now those two words don’t go together. And you’ve probably heard about the new “See Friendship” tool in all its stalker-friendly glory. Basically, by default, you can view one-on-one Facebook communications between any two of your friends on the site. Want to know if your girlfriend is getting a little too friendly with one of her guy friends? Stalk her on Facebook in seconds. Want to know if two of your colleagues or employees are breaking office dating rules or sharing inappropriate information about work? Spy on them through Facebook.

“But you can disable these ‘features,'” you might say. And that’s true. But if Facebook cared all that much about privacy, they wouldn’t default these kinds of settings (or letting other people tag you in photos, or share your location…). To say people can just disable these features implies that millions of Facebook users are completely up-to-date on changes and have time to alter their privacy settings before any potential damage is done. It also implies that everyone knows how to do so, and that they’re not too lazy to look up instructions (because come on, Facebook isn’t exactly known for making these things obvious and easy). Perhaps most importantly it implies they still use their Facebook account. Abandoned accounts are having privacy settings changed, even if there’s no sign the users will login again to notice the changes and update their settings.

So yeah. Cyber-stalkers everywhere can delight in the new ease of tracking others’ relationships online. But what about non-traditional stalking and spying? Who’s really accessing the information you post on Facebook, even without the “See Friendship” feature? And do users have a reasonable expectation of privacy when they do make information “private” on their account, or are those privacy settings more of a false sense of security? Let’s talk about it.

On one hand I completely understand the argument of “if you post something on Facebook, you should assume other people are going to see it.” On the other hand, when sites go out of their way to make over-sharing personal information easy, seem cool in some way, or seem like the norm then I can’t place all blame on the end users.

Do you know who’s looking at your information on Facebook? Is your profile as private as you think it is? Are you sure that every “friend” is who they say they are? Did you know that what you post on even a seemingly private Facebook profile might cost you a job, or worse? It’s possible that your expectation of privacy on social networks is more than a little bit too high.

To really understand the risks of using Facebook and similar social networking sites, it’s important to know what types of people and groups are looking at that information, and how they’re using it. Here are a few examples to give you something to think about.

Did you know your local, state, or even federal law enforcement officers might be viewing your Facebook profile to gather information about you? Admissions of illegal acts, your location where they can find you, or proof of a false alibi are just a few things they might be able to discover there. In one example, federal prosecutors in the U.S. used a man’s friends list on Facebook to find out he was hiding out in Mexico, and to have him face extradition for bank fraud charges.

By now it’s no secret that employers look at Facebook and other social networks to either monitor employees or screen job candidates. Maybe you make your information publicly available. Maybe a friend made photos or other information available on Facebook for others to see. Or maybe you friended a company’s representative (knowingly or not), giving them access to data you thought was more private.

While it’s illegal to use certain types of information against you in a hiring decision (your race or religion for example), you might have a hard time proving that bias if someone simply found the information on your Facebook profile rather than outright asking you. You might not even realize they know that information.

This has become such a concern for some that in August of this year Germany even put forth proposals to ban employers from using personal social networks in making hiring decisions. To be clear, that would ban the use of Facebook profiles, but not professional social networks like LinkedIn.

And don’t assume it’s a simple case of making your data private. In 2009 the town of Bozeman, Montana actually asked for social network credentials from their job applicants. No, not just their profile addresses — their usernames and passwords so they could log into the actual accounts. Could you say “no?” I guess that depends how desperate someone was for a job. And when it comes to feeding your family or protecting your privacy, I can certainly see some people throwing privacy concerns to the wind.

Tax agencies, like the IRS in the U.S., are also using the information you post to social networks like Facebook. They can use your publicly-available information while researching you or other taxpayers you might converse with online. To their credit, at least the IRS policies don’t allow agents to create false identities in an effort to “befriend” you to access more private information. I can’t speak for state or international agencies though.

Think a fraudulent marriage is going to help you stay in the country? Well, maybe not if you use social networks like Facebook. Immigration officers are using information on Facebook profiles to identify immigration fraud. Then again, as the Huffington Post points out, there’s always the possibility that information on your profile is untrue or incomplete. So, does that then mean in order to truly protect yourself you have to post even more private information about your life? After all, you wouldn’t want an attempt to protect your spouse’s privacy (by not mentioning them) to be construed as proof of a fake marriage, right?

In a civil court case over anything from employment issues to a dispute with a neighbor? Then the other party’s lawyer might also be looking at your Facebook profile for evidence to disprove your claim or minimize potential awards your attorney requests if you win the case. Think you’re okay as long you mark that information as private? If you live in Canada, that might not be the case.

In early 2009 a judge in Ontario ruled that even social network information covered by your privacy settings can still be used against you in a civil court case. Why? According to the judge, the very nature of social networks means you intended for that information to be seen by others. Apparently who those intended “others” are doesn’t matter to them.

This isn’t the only case either. In 2008, an Australian lawyer even won the right to serve someone documents on their Facebook wall when they couldn’t reach them in other ways. Think you’re hiding from a lawyer? Not so much. They’re well aware of the value of Facebook and other social networks, and I’d be surprised not to see this kind of use increase in the future.

Still not concerned that your Facebook profile information might get in front of unintended eyes? Then by all means keep posting as you do now. I know it’s hard to sympathize with criminals getting caught, but what about mistakes or things you consider simple youthful indiscretions? Would you want these groups to see them on Facebook? Would you want to put your friends and family at risk of unwanted exposure by posting information about others rather than only yourself? No one is going to stop you from using Facebook or any other social media site. My only hope is that more people go into the decisions of which sites to use and how to use them with their eyes wide open.

Do you know anyone who was cyber-stalked or spied on through their Facebook profile? Did you lose a job or opportunity because of something you posted? Do you have stories to share about how the legal system is using Facebook and other social networks in your neck of the woods? Then leave a comment below and tell us about it.