“Don’t work so hard, you don’t own that company,” was the message glaring from

my computer screen. It was from my sister who always felt I deserved much more.

My boss walked in behind me at that moment. I was caught unawares and didn’t have time to close the window. He read it (I’m sure), talked about something else and left the room with a weird expression on his face.

I’m sure all of you must have faced similar embarrassing situations, either at home or at work.

Luckily for us, now there are systems that can block sensitive content on a computer screen. When a document is displayed, only the user of that computer can see the text. All others will see content that is convincingly made to look like real but is not.

This miraculous system is “Chameleon,” developed by Oculis Lab, a U.S. based company. According to Bill Anderson, president of Oculis Labs, “For example, a line of text that reads “the cat ran across the road” may appear to a snooper to say “the turtle had a nice lunch.”

For now, this system is designed specifically for military use.

How does this work?

Chameleon works by initially performing a calibration test on the person who is the original user of a particular computer. The movement of a person’s eyes over the text is observed. The pattern is said to be different for 95% of the people.

The text can be seen by the user, whose eyes are tracked by “gaze tracker,” an infrared camera. For people with a different gazing pattern, the text changes to something else. Anderson said, “We are replacing content with equally probably false content.”

All these text changes occur within 23 to 65 milliseconds during the saccades, which are the rapid unconscious eye movements. Of course all this happens so fast, that for the user, it is just like reading text normally on the computer.

Chameleon begins with intercepting application content, such as a Microsoft Word document and then turns to intercepting the graphics card. Anderson said that although the authorized user can intercept the changing text outside their peripheral vision, it does not create any problems with the comprehension of the document.

I know you’re wondering how Chameleon comes up with all that false unrelated content, but content that makes sense. It uses a statistical dictionary to create convincing content. If the computer is being used by a soldier for some confidential information, he doesn’t have to keep a watch over his back, as whoever comes from behind can only view this false content and not the original.

But there is a slight problem – about 5% of the people are said to share the same viewing pattern, which means if such a person looks at the computer screen, he or she will be able to view exactly what the user is viewing. But then since such people make up only 5%, it is unlikely that such a situation will arise.

Chameleon is also smart enough to resist a tempest attack, which is an old technique where electronic signals that the hardware sends out, such as the graphics card etc. are detected and then used to figure out the content. There can also be no viewing the content with screenshots taken with zoom lenses.

Currently, the system has been developed to work with Microsoft Windows PCs, but may be used with other operating systems too. The company plans on approaching the U.S. military initially and later other NATO allies. Each license per computer costs US$ 10,000.

Regular consumers like us need not be disappointed, as Oculis has already released for sale, a product called the “Private Eye,” that works with a regular webcam. This detects the user of a computer and if that user turns away from the webcam, the text on the computer screen is blurred within 100 milliseconds.

The company is releasing an advanced version, the PrivateEye Professional, very soon. If the webcam sees someone standing behind the user, it will immediately display a thumbnail video window of that person’s image. Imagine how embarrassing it would be for an interloper who snoops from behind hoping to see what you’re up to, and sees his own face instead.

Oculis Labs has come a long way from being a family and friend financed business that started with $1 million, and is currently on another fund-raising spree, with a hope of raising another $1 – $1.5 million. It has big plans for the future and hopes to use this technology into data leakage security products offered by big vendors. Another option it is looking at is to be able to ship PrivateEye with new PCs by entering into a deal with PC makers.

Well, at least with the smart thinking of this company, we are soon going to be rid of the dread of using computers for confidential or personal matters. 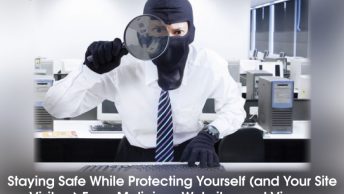 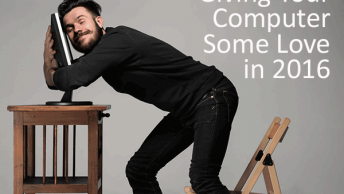 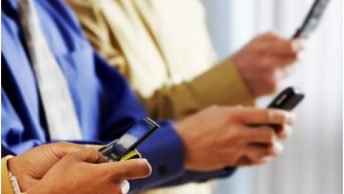 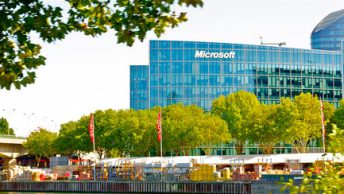 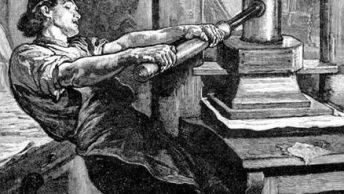