Why Market to Kids?

According to “Consuming Kids: The Hostile Takeover of Childhood” over $15 billion a year is spent on advertising directed to children (yes, that’s billion with a “b”). According to a national survey commissioned by the Center for a New American Dream, children 12 to 17 years old will ask their parents for products they have seen advertised an average of nine times until the parents give in.

Spending on kids seems to be “recession-resistant.” When parents cut back, they sacrifice their own luxuries first. Candace Corlett, president of WSL Strategic Retail, told the Associated Press, “Some people will cut their medications before they’ll cut spending on the kids.”

How to Market to Kids
Children, like adults, have simple responses to advertising. They either “want it” or they don’t. Kids want to fit in, be popular, and be entertained. Children don’t understand delayed gratification. They want what they want and they want it now. When marketing to kids, your promotion/product must be readily available.

The extraordinary imagination of children allows them to have imaginary friends and act out sword fights, fairy tales, family life, and occupations. Promotions that invoke popular, licensed, or cartoon characters succeed not only because children recognize these characters, but because they have actually become the child’s friends.

Imagination helps children solve problems, cope with challenges, and practice real-life skills. Miniature household items, tools, and dress-up apparel have been popular children’s toys for decades. When marketing to kids, invoke their imagination. Hardware stores could give away child-sized work aprons, tool belts, or tape measures. A hospital or clinic could pass out toy stethoscopes.

Giveaways, promos, swag, or premiums given to kids must be kid-friendly. Match the age you’re targeting with the gift. Young children will get frustrated if they can’t operate a toy meant for an older child. Safety is also a concern. Many toys are earmarked for the three-and-over crowd because they contain small parts.

Classics Kids Love
Licensed cartoon characters are expensive and hard to keep up with. More enduring themes may have a wider appeal, be more readily available, and longer lasting. Sports, cultural, and travel themes work well. Most kids love animals. Consider a safari, jungle, or zoo theme. Don’t forget dinosaurs; in a child’s mind they are still alive today! Space, technology, and earth-friendly activities have been popular with kids for decades.

It’s all in the Presentation
The way you talk to kids is important. Be succinct, but don’t talk down to them. Be inclusive by showing diversity and groups of children. Be creative in your advertisements. Use color and shapes in interesting and unexpected ways. Even if your message is serious, be positive in the way you present it. Check for any way that your product or ads can be misinterpreted. Get second and third opinions and test market your idea before going public.

Don’t Forget the Parents
Mom and Dad are usually the final decision makers. Present value. Give parents a reason to say yes. Parents love when a product caters to their kids’ desire to discover, create, learn, and imagine. Give your promotion an educational, informational, or culturally enriching element.

Despite the fact that kids spend little or no money themselves (until they are older), they have a significant impact on the success of many businesses. According to surveys by the USDA, parents spend $115,000 – $250,000 on each child by the time they reach 18 years of age. In families with only one child, those numbers can be even higher. Don’t overlook the influence young ones can have. The Center for a New American Dream found that fifty-five percent of kids are usually successful in getting their parents to buy what they want. 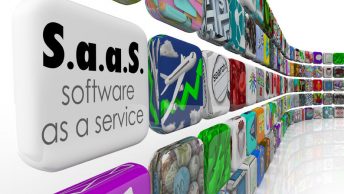 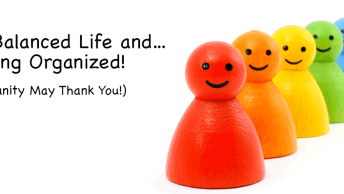