A Look a Microsites and How to Use Them for SEO

Microsites are a tool that is seldom used in many SEO’s toolbox. In this article we’ll take a look at some pro’s and con’s of using a microsite, when is the best time to use a microsite and a few examples of microsites.

First let’s define what a microsite is: a microsite a small website that is on a separate domain from a main domain, has narrowly topic or content, that is different from a companies main website. Generally speaking microsites will be in the 1-10 page range, although they can be more. Microsites usually exist as part of a separate marketing campaign, company project or agenda.

Some of the benefits of a microsite are as follows:

However there are also several downsides to using microsite some of them are as follows:

Next let’s take a look at some examples of microsites. One well known company who makes extensive use of microsites is Burger King. Your results may slightly depending on your location and how close to the time this article was written and you do a search for the term [Burger King] so I’ve included a screen shot from the time I wrote this article. As you can see Burger King has 4 microsites in the first 10 results for its name (BKCareers.com, www.clubbk.com, www.bkscholars.scholarshipamerica.org, www.subservientchicken.com) so you can immediately see the value of controlling multiple positions in the SERP’s. BKCareers is obviously enough about jobs, careers, and franchise owner opportunities with Burger King. ClubBK.com has content that is geared towards children with games and other interactive activities. BKScholars is a scholarship initiative from 2007. What’s interesting about the BKScholars page is it’s a placeholder with a link to where the content has been permanently relocated to, however the placeholder page retains all of its link equity, and still occupies a place in the SERP’s. The last SubsurvientChicken.com is probably a microsite implementation you are most familiar with. The Subservient Chicken website was part of a marketing campaign to introduce a new chicken sandwich in 2004. The page features a person in a chicken costume who tries to do whatever you type in the box.

The chicken does things like sing, dance, swim, roll over and so on. As a side note when the campaign launched Burger King monitored the input, went back and added new actions based on user requests, giving people a reason to come back after their initial visit.

However not all of Burger King’s microsites have been successes. If you visit page 2, you’re likely to see some of their more controversial efforts, like Whopper Sacrifice and Whopper Virgins. The Whopper Virgins campaign centered around the concept of giving people who had never been exposed to any fast food marketing, or tasted a fast food hamburger, a taste test to see which hamburger they preferred. Burger King was criticized for feeding fast food to people who had never experienced it before, and where largely unaware of it’s questionable health and nutritional value. The Whopper Sacrifice centered around a Facebook campaign, getting people to remove (IE sacrifice) friends to receive a coupon for a free whopper. The campaign created a lot of debate and was eventually removed by Facebook citing privacy concerns.

Having looked at few examples when should an SEO decide to use a microsite strategy?

If you answered yes to most of these questions a microsite is something you should consider making part of your overall SEO strategy.

Michael Gray has been involved in developing and marketing websites since 1998. He currently is the president of his own consulting firm, where he publishes his own sites and work with clients on improving their search engine optimization and social media strategies. He is a frequent speaker and can be seen regularly at Pubcon, Search Marketing Expo, Search Engine Strategies, and Affiliate Summit conferences throughout the year. Below is a collection of articles he has written. 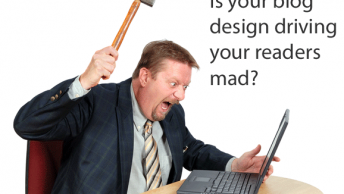 Why Responsive Web Design is No Longer an Option

Reasons You Shouldn’t Go for the “Cheap Logo Fail”