Viral marketing can feel like an elusive game. You see yet another viral blog post making its way around the globe, and you’re still waiting for at least one of yours to catch fire. What gives? They say content is king, but what makes some content skyrocket above the rest?

All viral content, regardless of their context, share similar elements that separate them from the pack. In order to win at this popularity contest, however, you need a little tough love. Analyzing where you went wrong will set you up for viral success in the future, so let’s discuss seven reasons why your last blog post fell flat.

It’s true what they say. The attention span of the average internet user is painfully short and quick, especially these days when the web is busier than ever before. In fact, only 55% of people will spend barely 15 seconds on your website, so you literally have just a few seconds to capture their attention.

With that being said, did your last post have an enticing title and captivating first sentence? Did the first few seconds of your vlog suck the viewer into your message? Studies show that viral content is shared instantly upon consumption, so there’s a good chance your posts aren’t packing a punch from the get-go.

We’re emotional beings, so of course we’re going to share content that makes us feel something. Most importantly, people share content that makes them feel good more often than not. One study sought out to discover which emotions guide the sharing habits of social media users and the results sent a very clear message to bloggers. The four most popular guiding emotions were as followed.

This could explain why pet videos are so popular. Furthermore, feeling good about content carries over into looking good as well. Most people are connected to family members, friends, and co-workers on social media, so they naturally refrain from sharing content that’s too polarizing, negative, or off-putting.

One of the best ways to create fresh, useful content is through lists. Lists are long-form, so their likelihood of being shared increases by 30% over shorter posts. Furthermore, given attention span statistics, it’s a great way to break down information into smaller digestible bites. In fact, viral top-10 lists, on average, can receive more than 10,000 social media shares each.

Search engines are the behemoth of the web. If you can’t conquer search, your content will stop dead in its tracks. This is why you need to optimize your posts for search engines.

People use the internet with intent and viral content delivers on that intent. SEO isn’t about stuffing your posts full of keywords, but you still need to guide search engines toward the intent of your post. The best way to do this is to choose one primary question to solve in your blog post. For example, suppose you want to propose solutions for no-mess craft projects. “No-mess craft projects” would be the primary keyword for your post.

Now, look back at your past posts to see if they serve some kind of intent. If they aren’t focused on a central idea or question, that could explain why your posts aren’t going viral.

Who doesn’t love shiny things? Studies show that visuals increase user engagement by more than 80%, so even one image can go a long way. On Facebook alone, posts with images are shared twice as much as those without, and watching videos take up a third of most users’ internet activity.

So where does data come into the mix? As much as readers love visuals, they also value trust. Adding relevant statistics, data, and studies to your posts add depth and authority to your content and has proven to double Twitter shares. As a double whammy, infographics reap the rewards of both visuals and data, and they’re shared three times more than any other content online.

So you hit “publish” and nothing happened, but that doesn’t mark the end of your post. Viral means extended distribution. In its infancy, viral content is heavily promoted through multiple channels and scheduled for optimum impact. Just one social media share alone can lose nearly all of its visibility and engagement in just three days, but re-sharing that same post just ten times per month can drastically improve those numbers.

This is one advantage of creating evergreen content. Evergreen blog posts aren’t time-sensitive, so they can be re-shared throughout the year. To boost your viral potential, schedule your posts to increase visibility. Studies show that content published at the beginning of the week achieve more social media shares.

Are you scratching your head wondering why your posts contain these elements but still aren’t going viral? The problem could be your own networking skills. When content is shared by at least one trusted social media influencer, reshares increase by more than 30%, so you can just imagine what three or four influencers can do for your posts.

If you’re nervous about networking, don’t worry. Social media is an introvert’s networking dream, and you can start reaching out right now to grow your network. Do the research to follow the right people in your niche, re-share their posts, and engage with their content through relevant comments. The larger and more relevant your network, the greater possibility there is for making your content go viral.

Looks can be deceiving. While viral content may appear easy and instantaneous on the surface, make no mistake about it, it takes work to get there. Now that you’ve learned a few tricks of the viral marketing trade, put your knowledge to the test to make your blog posts go viral! 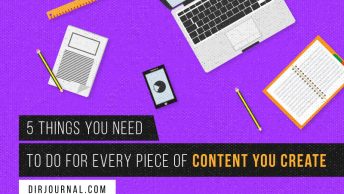