What Musicians Can Teach Us About Effective Social Media Marketing

Independent musicians are masters of guerrilla marketing tactics (unconventional and low-cost promotion) out of necessity. They rarely have large budgets to work with, and their ability to build and maintain an audience is vital to their success. It’s natural then that they were one of the earliest groups to engage in social media marketing, and that they use social media tools more effectively than many others.

Musicians can teach more traditional professionals a lot about social media marketing. Let’s look at some of the ways they use it, and why they do it well:

It’s All About the Audience 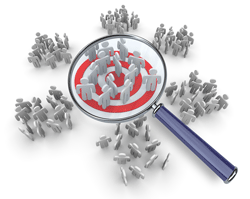 The term “social media marketing” is actually misleading. The majority of tactics involved in what we think of as social media marketing are actually public relations functions. That’s because they’re about building visibility and exposure, and having conversations within an audience or community.

That’s where musicians excel–building a community. They do this well because they don’t think of their show-goers and buyers as customers, so much as they think of them as fans. They target their audience well, usually through not only genre but also through a regional focus (even when touring, their primary audience is often at home). Then they make an honest effort to communicate with that target audience (or market). It’s not about “buy now” sales pitches in the way other businesses can sometimes be too forceful. They focus on their reputation and let word of mouth spread to promote them. All businesses could learn a lesson from that.

Musicians have been a part of social media from the start, especially thanks to one of the first major social networks–Myspace. Artists quickly jumped on the idea of being able to talk to their fans not only at shows, but online as well. They could stay in touch more easily. They could get more feedback on their music (even in the development stages). They could gain visibility on a wider scale. More importantly, social media became vital in independent music because it gave artists a way to excel without relying on the slim chance of a major label record contract.

Their success in social networking was complemented by YouTube and viral videos. Bands could suddenly not only produce low-budget music videos, but they could share them with fans all around the world without worrying about high costs associated with hosting all of those video files themselves.

Then came microblogging services (like Twitter). It filled another need–the ability to keep fans updated even while on the road touring. Blogging made this possible before, but only if the band members had access to a computer. With Twitter, they can post quick updates from their phone or other mobile device more quickly and easily, keeping fans in the loop.

How to Turn Your Customers Into Fans

By observing how artists use social media marketing effectively, you can learn a lot about turning members of your target market into real fans of your business who are itching to tell others about you.

The first lesson is in targeting. Musicians tend to choose a few tools that will work most effectively, rather than trying to do everything out there. Some entrepreneurs, however, try to do too much. They spread themselves too thin. Every time a new social media tool is released, they feel like they have to use it. You don’t. Instead, remember who you’re actually trying to reach and figure out which social media tools they use most often. That’s where you should be spending your time.

The next lesson is to be enthusiastic. It’s rare to see musicians interacting in a dull way on social networks for example. If you have no passion for what you’re doing (other than to make a buck with one ad after another), it’s going to be obvious to your audience. While, yes, you make some sales with a directly promotional approach, you’ll never maximize your return that way. You need to get your market excited about you and what you’re offering, and the first step to do that is to share your enthusiasm. So, for instance, rather than only talking directly about your product, try talking about more in the industry. Educate and entertain your audience and you’ll see their appreciation in your improving bottom line. The more they like and trust you, the more likely it is that your hard-sale messages will lead to conversions.

You also can’t be afraid of feedback. Not everything members of your community say will be positive. That’s okay. Constructive criticisms can help you improve what you’re offering, making more sales (and having happier customers) in the long run. Artists are great at listening. They have a dynamic product in that they can tweak it from one performance to the next, and feedback from fans can play a role in that. Do the same.

It’s not impossible in more traditional business environments. For example, I recently mentioned on Twitter that it would be great if Feedblitz newsletter subscriptions could be directly integrated with WordPress membership signups. Someone with Feedblitz saw the suggestion and actually acted on it. They developed a plugin fairly quickly that filled the need and made them more competitive for people wanting to run WordPress membership sites. You won’t be able to do what everyone wants, but by listening and acting on suggestions and criticisms (publicly), you show your audience that you care about what they have to say.

In the end, just remember that social media isn’t a one-way sales strategy. It revolves around two-way conversations. The more you take part in those conversations and actively interact with your customers, the more you set yourself apart from the competition. Even better, listening to your audience is quite possibly the best way to turn your customers into fans who will continue to spread the word and keep coming back for more.