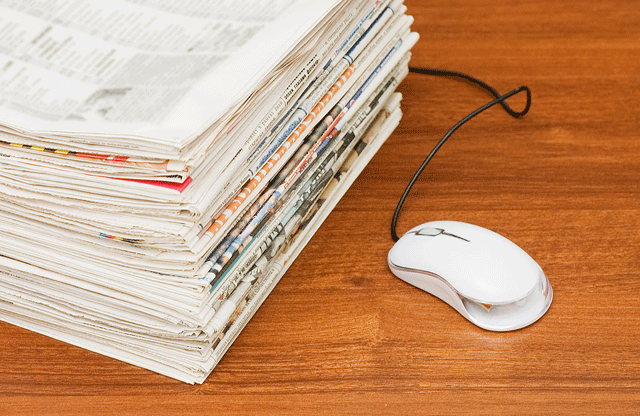 Each month we share some of the biggest social media stories from recent weeks (or at least our favorites or those that most grabbed our attention). In the last month, we’ve had multiple stories coming out of Google, big news about Facebook, and a lot of buzz around Pinterest.

Check out the source links below to find out more about these stories, and feel free to share your thoughts on any that caught your interest.

Facebook finally filed with the SEC for its initial public offering on February 1st. The IPO is expected to raise $5 billion for the company.

Google has numerous services under its belt, accounting for 70 different privacy policies for users. As of March 1st, they’ll have one (or at least close to it, as a few services are exempt from the new main privacy policy).

The gist is that Google wants to collect all of your data from your use of all of their different services and use it to customize your user experience. But there isn’t an opt-out option if you don’t want this data collected and shared between services, and that’s bringing about some criticism.

How do you feel about a more customized Internet? Do you want Google telling you what you should be interested in at any given time, or do you wish you could opt out of this data sharing?

Have you ever looked up your local weather online and gotten emergency alerts? You’ve probably seen them running across the bottom of your television screen or heard them on the radio too. Now you’ll get these same kinds of public alerts incorporated into Google Maps. Google can show you things from flood and tornado warnings to earthquake data.

It looks like Twitter’s finally ready to take a cut of the small business promotions happening on the network. While Twitter ads have mostly been purchased by large brands, now smaller businesses will be able to take advantage of promoted tweets and promoted accounts more easily. They’re partnering with American Express to give $100 in free advertising to 10,000 eligible small business Amex cardholders and merchants.

The Bing search engine has come out of beta in Germany. Microsoft reports that they have 10 million users which would be 20% of Germany’s active internet users. Others claim that 20% figure is greatly exaggerated.

Pinterest — a social Web-based pin board — has been making waves this months. You can barely browse another social network or your favorite blogs without being bombarded with rave reviews and tutorials based around the service.

But Pinterest has others concerned — namely content creators. That’s because it’s easy for original sources to be lost as items are pinned and re-pinned by the site’s users, and because many users are posting images illegally (and against the site’s own terms of service). As a content creator, I find sites like Pinterest very concerning. I’m all for sharing within reason. But the site was enabling rampant copyright violations without much effort to prevent them (why you’ll see Google cited as the source for so many images — people just rip them off of Google Images)

I was glad to hear that Pinterest just launched a proactive tool for content creators. It allows those copyright holders and other site owners to prevent the pinning of their content through Pinterest’s bookmarklet (although users can still download and re-upload the content). This is a good thing for photographers and designers whose work is cheapened by free unauthorized distribution, especially when it happens without proper attribution.

Pinterest is also limiting descriptions to 500 characters now to prevent the blatant copying of others’ text — from blog posts to recipes. If nothing else, it should mean more traffic gets sent back to the original source.

Share your thoughts on these or any other recent search industry or social media news stories in the comments below.