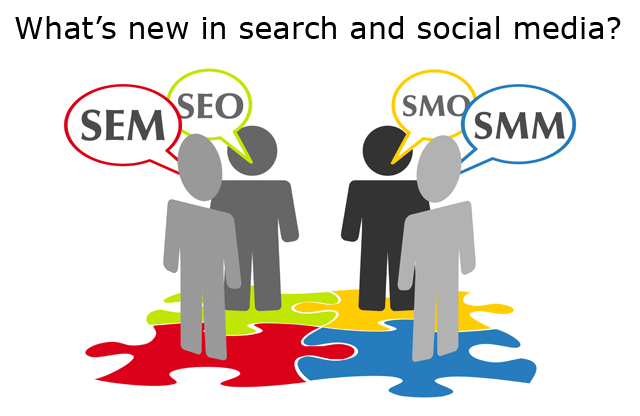 Near the start of each month we bring you a look back on the last few weeks in the search and social media industries. Here’s some of the social media and search engine news that caught our attention.

Google’s real name policy for Google Plus has been controversial since its start. And yet again we’re getting contradictory information from Google’s head honchos as Eric Schmidt basically says use your real name or don’t use the service.

That’s in contrast to past assertions that real-sounding names were fine (as opposed to generic handles). But according to Schmidt, G+ isn’t really a social network. It’s an “identity service.” And for whose benefit was it created? Apparently not yours or mine. According to Schmidt G+ “depends on people using their real names if [Google’s] going to build products that leverage that information.” In other words, you’re only valuable if you give up your real information, because you’re the product they sell to advertisers.

I won’t go into all of my thoughts on this issue here. Suffice it to say, as an early G+ supporter and as someone who uses multiple pen names for legitimate professional reasons, I’m less than pleased.

In search results, Google used to treat subdomains as their own sites. Now they’re treating them like a part of the main site. That means links from subdomains will count as internal links rather than external links. Personally, I’m happy about this considering I’ve seen large networks use the subdomain strategy to dominate rankings. This seems like a small step to level the playing field. How do you think this will affect your rankings?

You may have noticed Twitter’s sponsored tweet ads at the top of your stream. These promoted tweets appeared only from brands you already followed. Twitter is changing this policy to show promoted tweets from brands you don’t follow. If they decide you have things in common with people who do follow the brand, you may see the ads.

After four months of testing, Facebook is discontinuing support for their daily “Deals” service. They’re instead turning their attention to other ways of helping businesses reach customers through the social network, including ads, business pages and check-in deals.

You no longer have to worry that friends will “tag” you in less than flattering photos they upload to Facebook, having it shared automatically on your profile and with your network. While people can still tag you, a new feature allows you to approve them before they’re shared on your own profile. You can also now approve third party tags before they appear on photos you upload.

Google continues to pare down its services as the company focuses on core offerings. It announced that their News Timeline and Google Squared features are being shut down.

While it might not affect you personally (especially if you don’t live in theU.S.), it’s worth noting that President Barack Obama joined Foursquare this past month. It’s not surprising to see the President and / or campaign staff using new social media tools prior to next year’s election — they’ve generally been known to be a social media savvy bunch. Foursquare will be used to share information about where the President has been (such as speech stops) and what he did there. The campaign will be using Foursquare’s new Tip Lists feature in the process.

What other news caught your eye this past month in the world of search and social media? Share other stories or your thoughts on these ones in the comments below.