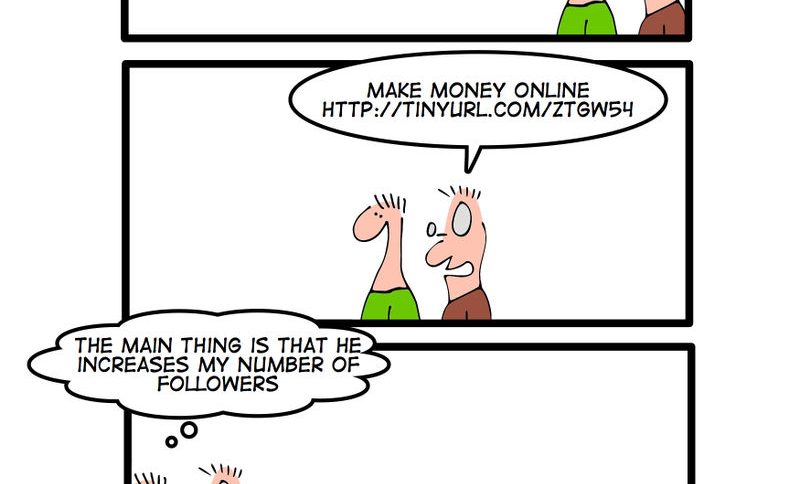 Twitter is such an innocent little tool, isn’t it? After all, how much harm can you do in 140 characters? Actually, plenty! It’s remarkably easy to piss off your Twitter followers, and you might not even realize you’re doing it. No worries. I’m going to share some of the top ways you might be pissing off your Twitter followers here, so you can decide if certain kinds of tweets are really worth it. But first….

Why You Shouldn’t Piss Off Your Followers

“If they don’t like what I tweet, they can just un-follow me, so I can do whatever I want,” you might be thinking. Bullshit. I mean, okay, you can do whatever you want. But that doesn’t mean you should.

Your Twitter followers really do matter. They’ve invested themselves into mini-relationships with you on that platform. You’ve basically invited them to do so. How would you like it if your best friend called and asked you to come over, only to ignore you from the moment you got there? You’d probably be pretty pissed off. It was implied that your friend actually wanted to spend time with you. Instead, your time was wasted. It works the same way with Twitter.

Pissing off your Twitter followers can be a particularly bad thing if you’re using Twitter for business. After all, you want your target audience to connect with you there, right? Pissing them off shows them that A) you don’t know what the hell you’re doing and your business probably isn’t ready to use social media to connect with them and B) you don’t really give a damn about them at all — you’re there solely for you. Neither is something you want your audience (and potential customers) thinking about your company.

Now let’s get right down to it. Here are some of the easiest ways you can piss off your Twitter followers, whether you really mean to or not:

Are these the only ways you might be pissing off your Twitter followers? Of course not. What’s considered acceptable will vary depending on how you use Twitter and what kind of followers you solicit.

For me (@queryfreewriter), Twitter is a way to give the readers of my freelance writing blogs a more personal glimpse of who I am. I’ll share post links if it’s something I think is worth featuring (and if it’s relevant to writers), but I don’t come close to sharing every post on my blog. I’ll talk about what I’m doing, but I’m not the type who’s going to ramble on about what I’m having for lunch every day. I respond to my readers. I ask them questions when I want input (about the blog, about writing, about freelancing, or about where I can buy something I can’t seem to find on my own). I share opinions, even sometimes harsh ones. But I’m not tweeting to try to attract clients or to try to attract new blog readers (although I do attract plenty of new blog readers through those more personal updates — for some reason it works well in my niche).

You have to figure out what is and isn’t appropriate for your audience. Go ahead and piss them off if you think social media is all about you. But when you finally get a clue, keep these tips in mind and you’ll improve your odds of forming truly meaningful Twitter relationships (if such things exist).

As a Twitter follower, what kinds of things do businesses do that really get under your skin? Do they post too much? Not enough? Do they ignore you? Do they send link after link about their products? On the other hand, what things have businesses done right on Twitter that have made you want to learn more about them (or spend money with them)?