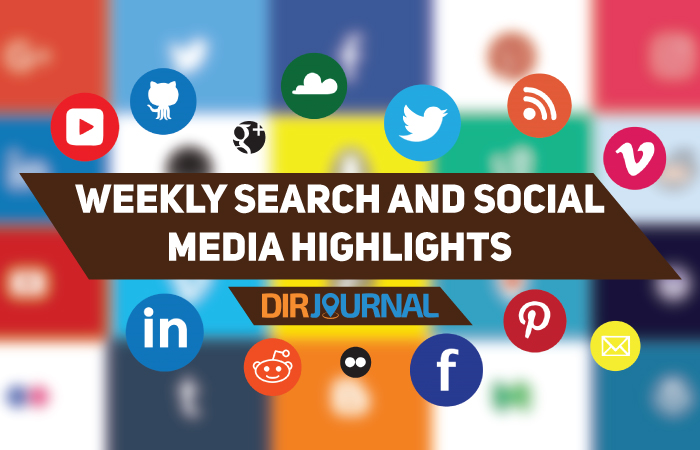 The DirJournal weekly series highlights selected search industry and social media news that grabs our interest. Here’s some of what happened in the search engine and social media industries from 11th to 17th January 2020.

A report claimed that Twitter is considering a feature which will enable users to tip each other with bitcoins. However, a Twitter spokesperson in a clarification refuted this and similar reports. It’s well known that Twitter’s CEO Jack Dorsey is a huge bitcoin fan. Dorsey’s other company Square was recently hiring a product manager to include “auto-investing” and “bitcoin gifting” in their Cash App.

Google SearchLiaison announced they were updating the display for paid and organic search results for desktop browsers to conform with visuals in mobile search results. These include a more prominent “Ad” label for paid results and also favicons adjacent to organic results. These changes are scheduled for public release and will be implemented in the coming week.

Recently, Facebook launched a new feature which will send you a notification in the app and through email each time your account is used to log-in a third-party application. Apart from serving as an added security layer, this feature will give you more control over the information you possess.

4. Verizon launches its own search engine

Verizon recently launched ‘OneSearch‘, its search engine which is apparently focused on enhanced user privacy and will not share data with advertisers. It also gives ‘unbiased, unfiltered‘ search results without any geographic limitations or influence. The only personalisation of search results will be user locations. A spokesperson of DuckDuckGo welcomed the development.

Snapchat has taken its Augmented Reality prowess a step further with the launch of Snapchat Scan, which enables users to scan brand logos and unlock unique, branded AR lenses. Coca Cola and McDonald’s are the first users to test this new feature. Scan will make user engagement with brands more interactive and is expected to increase customer loyalty.