Why Google Instant Did Not Kill SEO 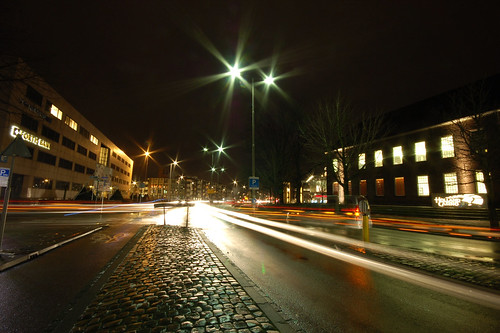 For a few days in September Google confused their users with different logos made up of a variety of colors and shapes. Finally Google made the announcement that search results are now instant. Although, not everyone was thrilled. Ever since Google Instant was announced and released to Google users, there has been a large debate among the SEO community and it started almost immediately after the announcement when tweets started flying that “SEO is dead with Google Instant.”

What is Google Instant?

Google Instant is an optional front end for users who want to see their results as they type. This stems from Google Suggest, which was created to suggest keywords to a user as they type and lets them press search at anytime to view the results. With Google Instant, Google takes Google Suggest one-step further by displaying results in real time as well as option keywords. If you don’t want your real time search results showing up as you type, Google Instant does have an option to disable the feature.

Why Google Instant Did Not Kill SEO

There are a variety of problems with the “SEO is dead” theory. The first problem is that this isn’t the first time people have claimed that Google “killed SEO.” After multiple different Google upgrades (including Google Suggest, changes to the Google search page, and additions to the AdWords ads) people have made the claim SEO is dead. Some of those changes were implemented years ago, and SEO hasn’t gone anywhere.

One of the other complaints about Google Instant is that as you type the first letter there is already results on the page. Google users may never get to the result if they find something else first. This is a problem for some websites who have dedicated their SEO budget for ranking for long tail keywords and have not been able to rank for short tail keywords. SEO friendly web directory

Optimizing a website for search engines is all about finding the right combination of assets to let Google (or any search engine) know what content can be found on the website. Google Instant is an interface to display the search results, not a new way to organize the data. The Google Instant FAQ question about the rankings says:

“This change does not impact the ranking of search results.”

In other words, if you were ranked number one for a certain keyword, it has not changed as a direct result of Google Instant.

Other Changes May Effect Your Rankings

If your rankings did change, something other than Google Instant caused them to change. Shortly before Google Instant was released, Google released an update to allow more than one URL off the same domain to show up in search results. This change opened the door for millions of websites to have more than just the top spot for one specific keyword. This change alone can make a huge difference in the way sites were ranked, your site could have easily been pushed down by the same site that once controlled only the number one spot.

As new sites become available throughout the internet the competition for each keyword becomes greater. In order to handle the growing number of websites, Google’s algorithm is always changing. The possibility of a change in rankings is one that we face every day.

Three Ways to Optimize Your Website for Google Instant

Google Instant does result in one new major change in SEO: the need to look at both long tail and short tail keywords. With Google displaying data instantly (hence Google “Instant”) results will show up before Google users are able to complete their thought and their search might change to something completely different because a shorter version of the keyword got there first.

Chances are you aren’t going to rank number one for every short version of a keyword. It still is important to think about one or two shorter keywords that your website might be able to rank for. Keep in mind that Google does display results for your social circle as well as local results so ranking for those shorter keywords might not be as hard as many fear it is.

3. Make Use of Landing Pages

With real time results and not all users finishing their thoughts before they see what they want, it is a good time to start making more use of landing pages. Landing pages can focus in on the smaller keywords without forcing you to change your entire website content around those keywords. By creating a small one page websites that will ultimately direct users back to your main website you are able to focus it in on those niche topics. The landing page simply needs to contain relevant content and a link back to your main website. Having an additional link back to your website very rarely hurts you.

SEO is an industry that is always changing. The search engines are in a constant battle to increase user experience and it is always resulting in changes. Sometimes these changes hurt our rankings and sometimes they just change the interface. Keep track of your rankings, when new interfaces come out, spend time with them and get to know them before ruling SEO dead. It’s going to take a lot more than instant search to change the number one result.

Kristin is currently a project manager working in website design, but has a focused interest in Social Media, Internet Marketing, SEO and Blogging. Her favorite part about Social Media and Internet Marketing is the challenge it provides and the opportunity to learn something new everyday. She spends her time guest blogging about all of her interests on a variety of industry blogs while maintaining her own blog at www.kristypage.net.

How To Effectively Build Links