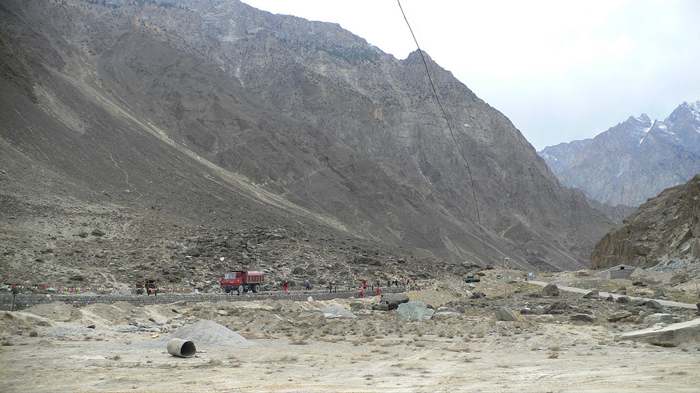 When taking into consideration that there are literally thousands upon thousands of places to eat in the Manhattan area of New York alone, from cafes and delis to Michelin starred restaurants ran by world famous chefs, there really is a gastronomic delight for everyone.

With millions of people visiting New York on a regular basis, everyone is looking for something different in term of places to eat.  Although the main tourist spots are packed full of restaurants to suit the vast majority of tastes, it is the places that the local New Yorkers head to that are so often looked for and the following are some of the most popular non-tourist eateries in the whole of Manhattan. 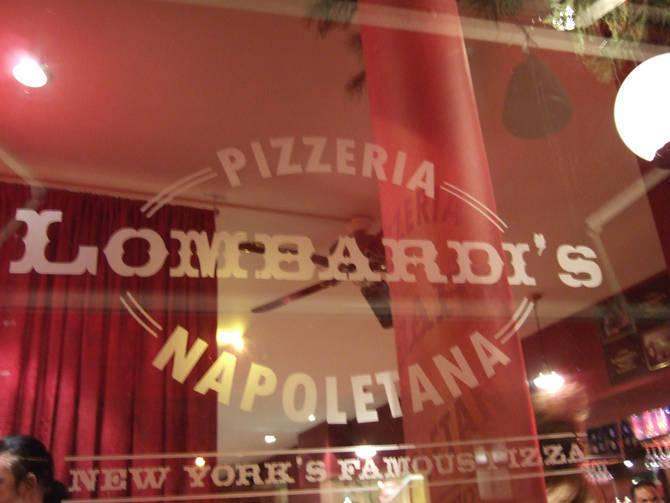 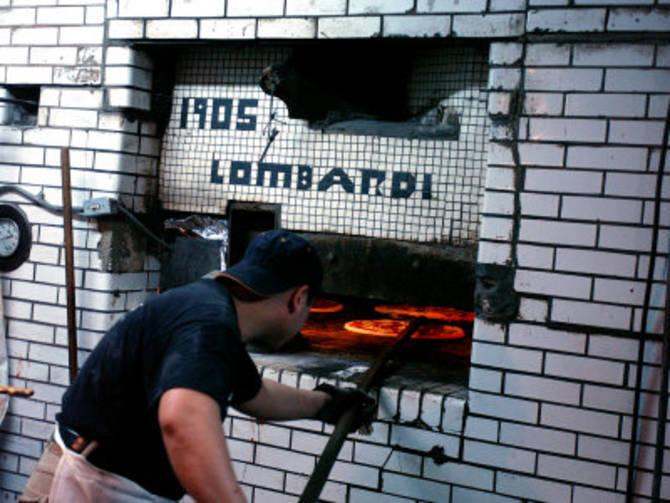 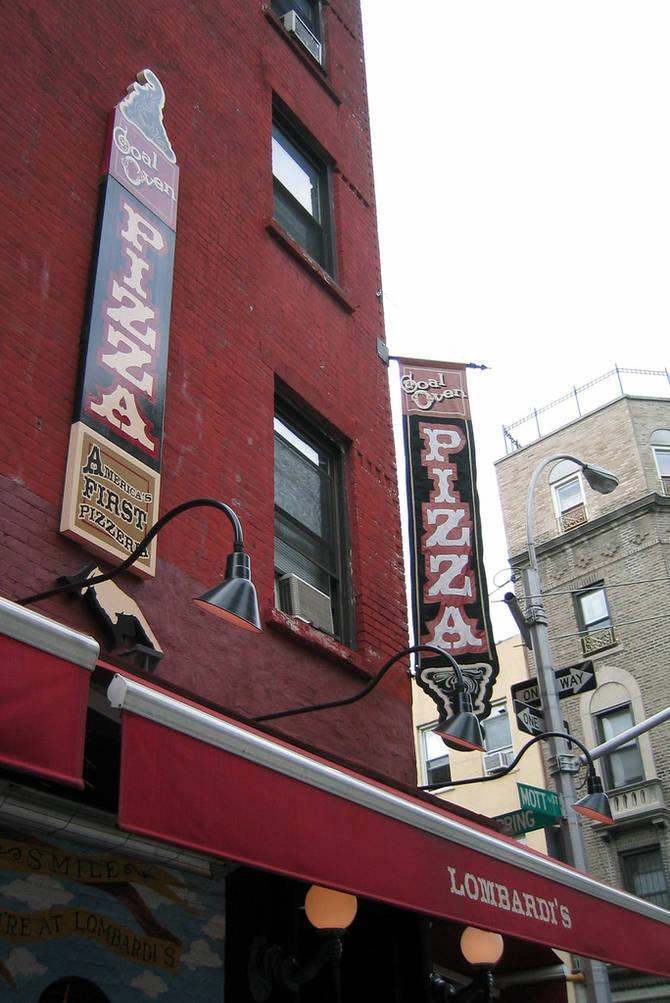 Located at 32 Spring Street (the corner of Spring and Mott Street), Lombardi’s is a institution in Manhattan, for the simple fact that it claims to be the very first pizzeria not only in New York, but the whole of America.

With the company opening originally in 1897 as a grocery store, it developed into a pizzeria in 1905 for which it has remained ever since (with the exception of moving premises to a block away after being closed for several years throughout the 1980’s).

There is not much else to be said about Lombardi’s without actually going to taste the food – which, cooked in stone ovens, is said to be the best pizza in New York. 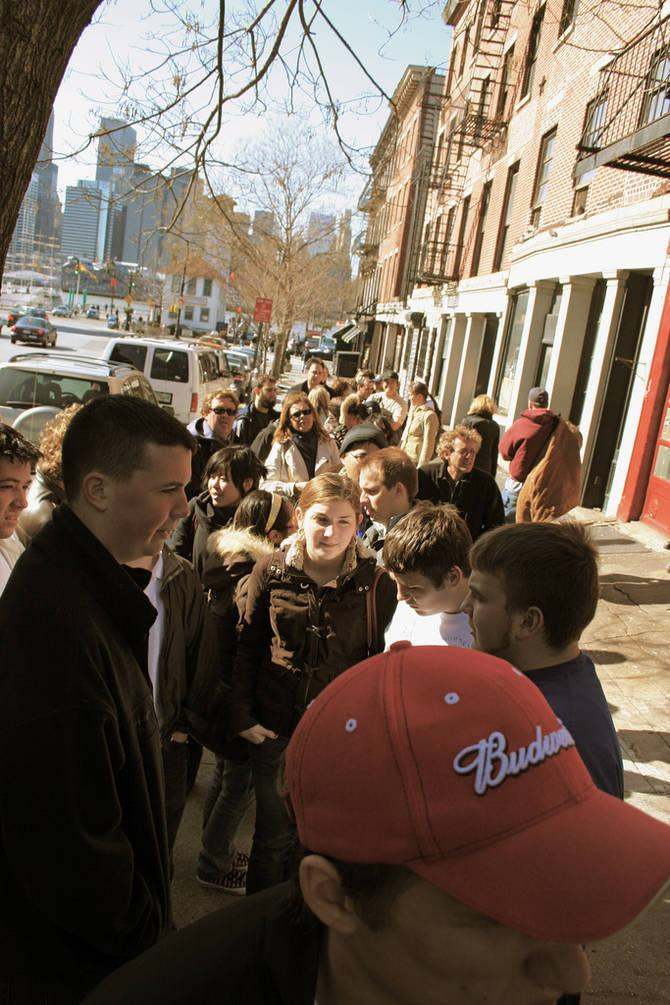 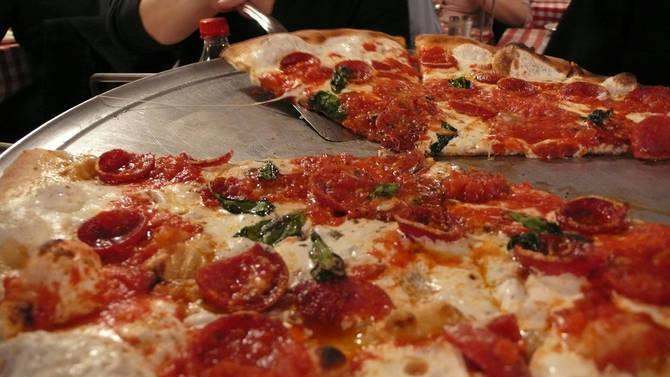 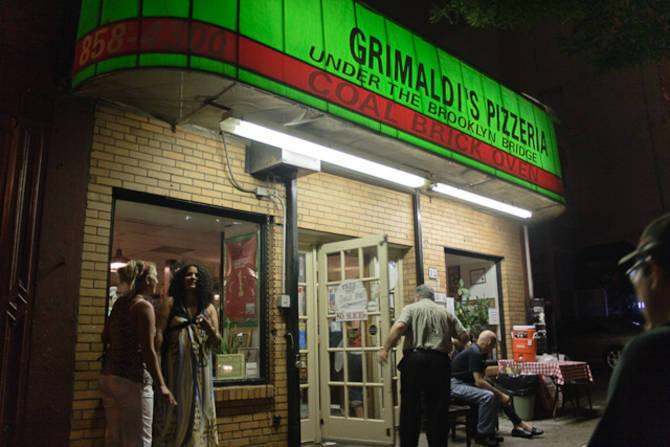 Considered to be a competitor of Lombardi’s for the title of ‘best pizza in New York’, there are several Grimaldi’s in Manhattan and the surrounding boroughs.  As none of them take reservations, the popularity of the Grimaldi’s pizzeria’s regularly means that you should expect to queue outside of the restaurant for at least thirty minutes.

However, it’s reputed by many that the pizza is well worth it and as they do not sell it in slices, only by the whole pizza, you should be ready to sit down, relax and tuck in to the very large and wonderfully tasting pizzas. 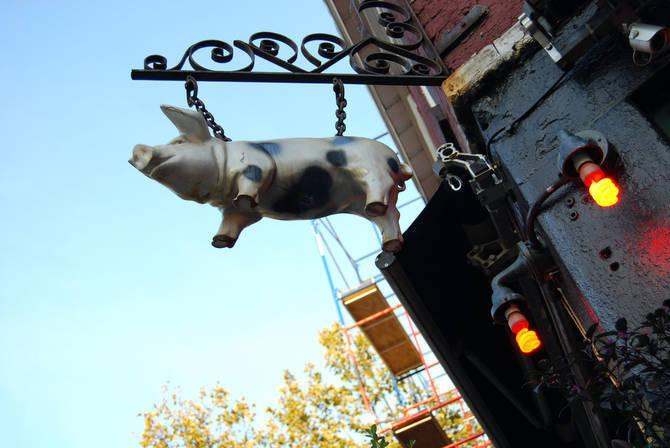 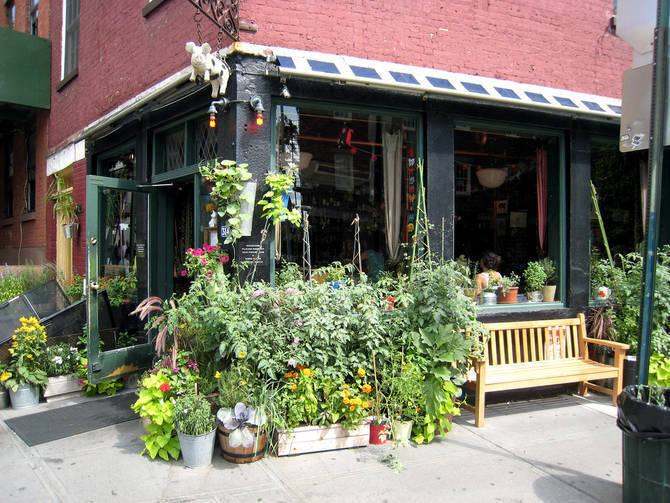 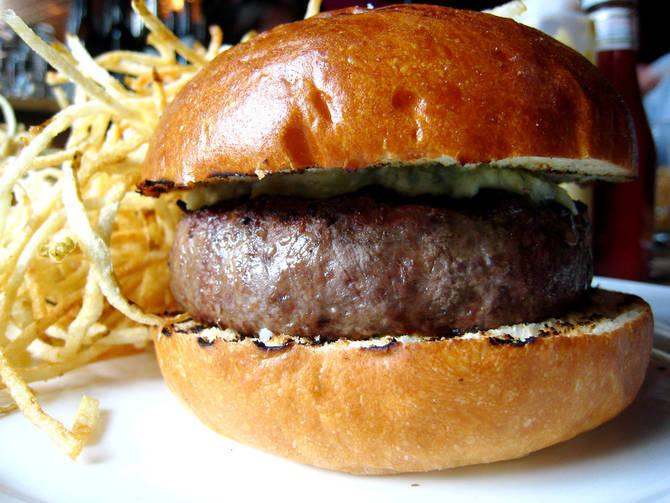 Located in the West Village (N.B. Thanks for pointing this out, guys!), The Spotted Pig is considered by some to be one of the best places to eat in York.

A mix of classic English and Italian cuisines, The Spotted Pig is one of the most popular restaurants with New York locals, said to be due to its laid back atmosphere, its late opening (2am, each and every night) and of course, the fantastic food that is served by head chef April Bloomfield. 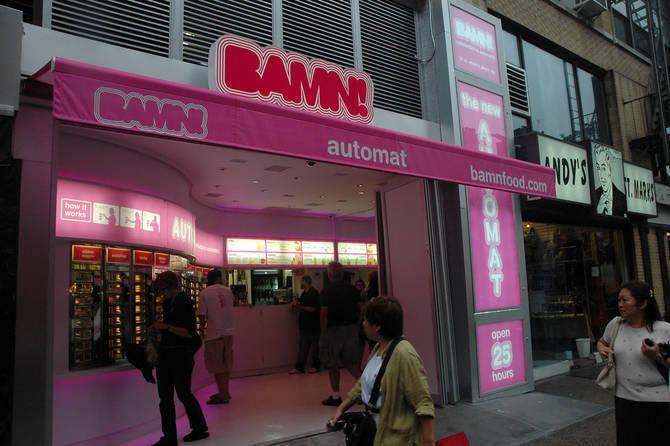 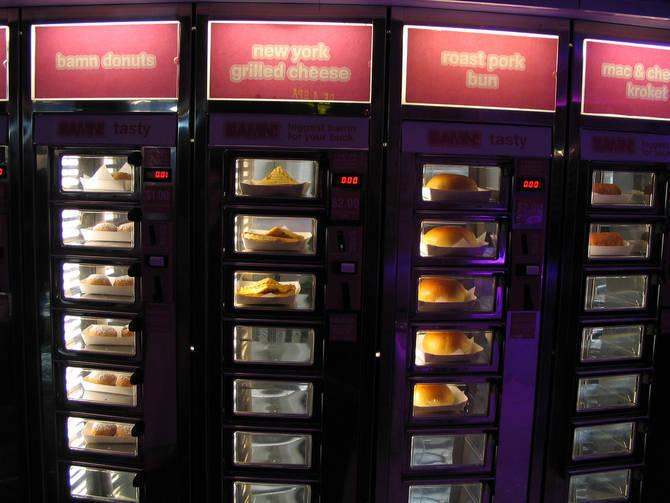 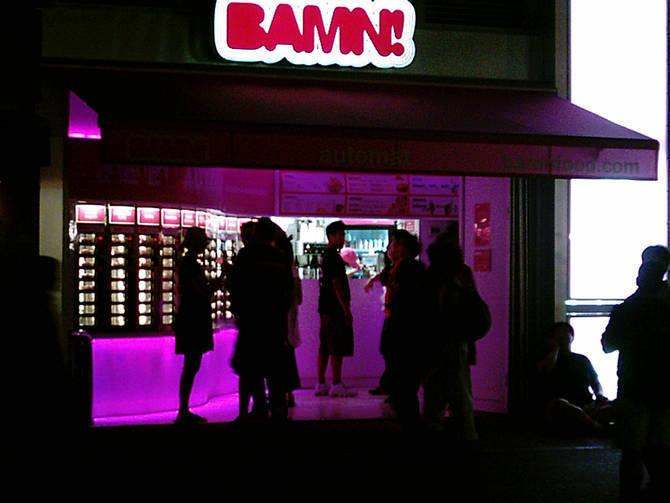 ‘Back in the day’, automats were popular in New York.  Working in exactly the same way a vending machine did, a customer placed their money into the machine, pressed the relevant button and outcome their chosen food.

Brought back to life in recent years, the difference between Bamn and the more traditional automats is that they offer a much more radical and somewhat futuristic type of food – grilled Mac and cheese or green tea ice cream, anyone?

Unfortunately, it has been said in recent weeks that Bamn has been closed – I wouldn’t expect for long, however. 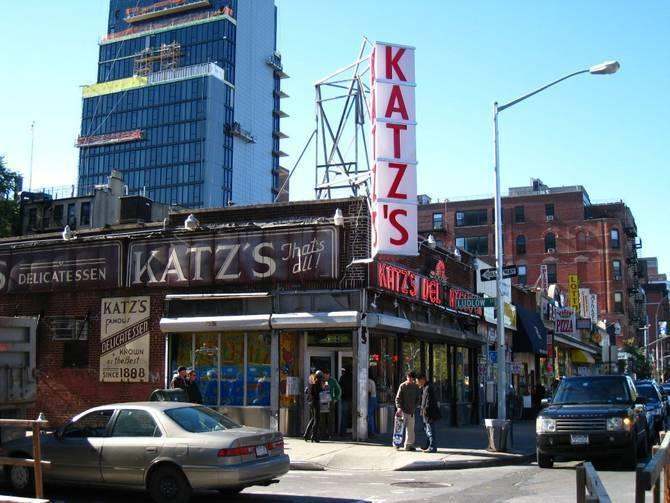 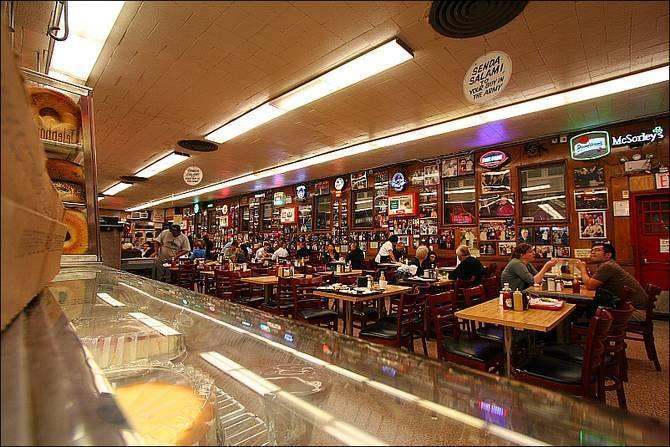 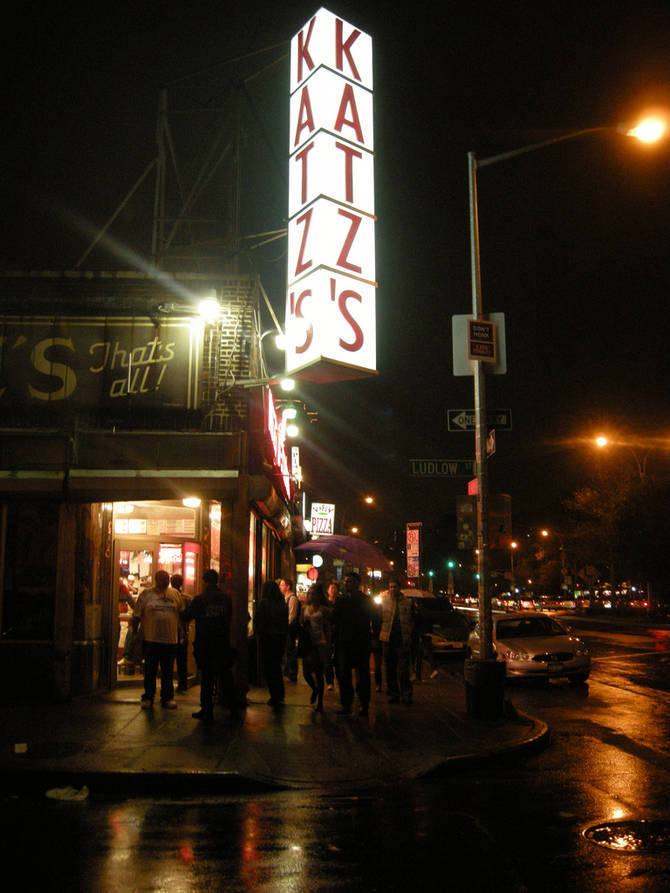 Some of you may be thinking that Katz’s Deli shouldn’t be included because it is quite a popular place due to being featured in the film ‘When Harry Met Sally’.  However, whilst Katz’s Deli might be visited by tourists, many don’t do anymore that take a photo of the outside.

Big mistake, if you like good quality food and have some time to spare.

Not particularly trendy inside, New Yorkers love the place for the fact that the food is great, the service is friendly and the fact that it is relatively cheap is a big plus.