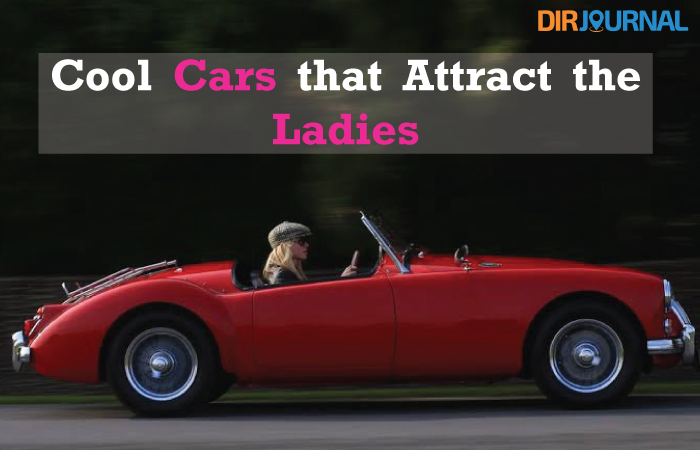 Don’t be mistaken, women love cool cars.  The problem is that most men don’t know what’s cool.  Recently, several men I know told me they’d love to buy a Lamborghini, because women love Lamborghinis.  Heh, well here’s a newsflash:  Women don’t like Lamborghinis.  When you go to a car show, you don’t see women crowded around the Lambo’s.  No.  What some (shallow) women like are boyfriends who can afford Lamborghinis.  Well—to hell with that.  When it comes to women, I don’t like flank steak… I prefer to filet mignon.  The best women out there, the ones worth spending your life with, are going to appreciate substance.  Cool cars have substance, and their not necessarily flamboyant.

So what is a cool car?  You know it when you see it.  And that’s crucial.  If someone has to explain to you why something is cool, even utter a single word, then it’s not cool.  “Cool” is a laid back awesomeness that’s at peace with the world, but more than ready to defend itself.  Like Fonzie.  Modern Italian sports cars are awesome, but they’re not cool, because they’re just too much in your face.  Now sure, there’s taste involved.  It’s perfectly valid to say, “That’s cool… but not for me.”  Everyone has their own style.  That’s just human nature.  Hopefully, one of the cars I’ll discuss here matches your style.

We’ll start with a great one, the Mercedes Benz 300SL.  Some of you may know it as the “Gullwing”.  If you’ve seen a car with doors that open upward like wings, this is where that started.  Many don’t know this, but back in the 1950’s Mercedes Benz was the force to be reckoned within automobile racing.  The 300SL was the street legal version of their race car.  This car is sexy, and even someone who doesn’t know cars will be able to tell it’s neat.  For the sake of being cool though, the debate is in the doors.  To the uninitiated, the gullwing doors may appear ostentatious.  (It doesn’t matter that this is the only car in which it’s specialized frame actually required gullwing doors.)  That said, a woman who isn’t offset by gullwing doors is a keeper. But if you’re nervous, there’s always the 300SL roadster. Problem solved.  But if you’re looking for something…. less Germanic… a car that’s pure sex….

…look no further than the Jaguar XKE.  This car, simply put, is the epitome of 1960’s automobile design, which is considered by many to be the golden age of road cars.  The XKE has a strangeness about it, perhaps brought about by their subtly phallic extra long hoods.  If you’re planning on getting on though, ask around, as XKE’s are a bit of a mine field if you don’t know what you’re looking for.  The later cars look horrid compared to the earlier ones.  To make it easy, here’s what you want: a Series 1 car, preferably with the 4.2 liter engine.  Get that and your set.  The XKE isn’t expensive enough to be ostentatious, yet they’re still absolutely gorgeous.  The car is elegant, yet a full force sports car.  The ladies will love it.  In fact, the only car I can think of that’s arguably cooler would be it’s cousin…

…the Aston Martin.  Yes James Bond drove one of these.  Ironically though, because of that, I wouldn’t recommend an older one such as the DB4, DB5, or DB6.  They look too much like Bond’s iconic car, which means any woman you’re trying to impress will think you’re only a little boy pretending to be James Bond.  No, we want a modern Aston Martin, and the best one of all is the DB9.  Take a moment and just look at it.  The sheer elegance of it is coupled with a subtle yet intimidating aggression.  This car is primal: the perfect marriage of sex and violence.  Yes, they’re expensive, but the car doesn’t shout that.  And the Aston Martin Vantage, which is almost as good as the DB9, is substantially cheaper.

So… let’s jump across the pond and see what America has to offer.  Obviously they have their muscle cars and pony cars.  The muscle cars are almost by definition brash. I personally love them, but I wouldn’t describe them as “cool”.  In fact, I’d have a hard time describing pony cars as cool too.  These cars are all about being in your face.  However, if you made me choose…  The Mustang is too common, and the Challenger too brash.  If I were to pick only one muscle or pony car it would be a first generation Camaro with the RS/SS package.  Despite being a great car, the Camaro was the underdog to the Mustang, which makes it cooler.  Painted black, and driven with the right attitude… a Camaro can be cool.  Just make sure you have that attitude when you pick up your date.

If we’re looking at all American cars though for something cool though, then we need to look for a cruiser.  No one does cruisers like the Americans.  And personally, I think the coolest cruiser of them all is the Lincoln Continental, specifically the fourth generation (once again with that 60’s styling).  My favorite is the 1965 Lincoln Convertible triple black, and I know I’m not alone, because that’s the exact type of car you see during the opening credits of “Entourage”.  And to top it all off, the car has suicide doors, and suicide doors are *always* cool.  Your date will be impressed.

I saved one special car for last.  This is the one in which money is no option.  If you’re a billionaire, and you’re looking for a cool car that’s exclusive to your price range, then what you want is a Ferrari 250 GTO.  How much is it?  One sold in 2008 for over $25 million.  It’s a street legal Ferrari GT race car.  Only 39 were ever made, and the original owners all had to be personally approved by Enzo Ferrari himself.  There is one catch however.  For this car to be cool… for this car to impress women and make them want a ride, you can never, ever, ever let them know how much you paid for it.  The moment you do, they’ll either think you’re a braggart, frivolous with your money, or they’ll simply be afraid to even touch your car.  (The only exception, of course, would be if she owns one too.)

Just like women, cars come in all sorts of styles, and beauty is certainly within the eye of the beholder.  Cool is an attitude as much as anything else, and any of these cars can easily become uncool with a big enough dolt behind the wheel.  So watch yourself, and when trying to attract the ladies, just try to be as cool as the car you drive.