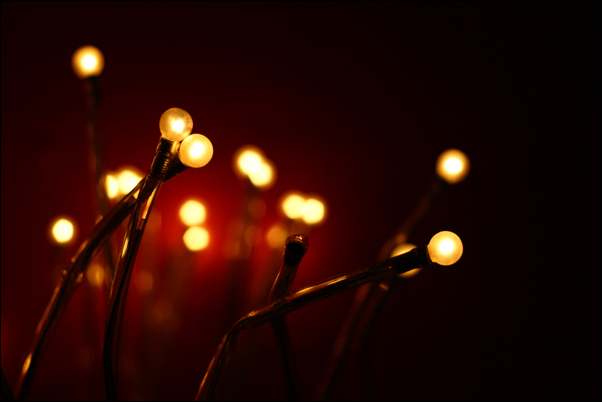 Politicians do some downright stupid things. Sure, we all do. But these are the people who draft our laws — the ones who decide how the rest of us should live and behave. Maybe you consider wars you disagree with to be “stupid” decisions. Perhaps it’s the latest report of infidelity from politicians that’s getting under your skin. But today let’s have some fun and look at the lighter side of government gaffs by exploring some incredibly stupid laws that may still be on the books.

Please note that I am not saying all of these dumb laws are still in effect (or even were). But they’re examples reported for various states in the U.S. and some international laws as well. Maybe they’ll make more sense to you than to me. Or perhaps you’ll also find them good for a laugh.

1. In Pennsylvania it’s illegal to have more than 16 women live in the same house — doing so makes it a brothel.

I wanted to kick things off with an example of a dumb law from my own home state. I’m not sure if the specifics reported are right, or if it’s still the case (as opposed to an old law). But I do remember the topic coming up periodically when I was in college. It was a concern for sororities where groups of “sisters” would share a sorority house.

2. In Sweden it’s claimed that it’s illegal to paint a house without a painting license from the government.

Well, if that’s the case I’m glad I don’t live in Sweden. I just painted my place this spring, and am planning to do some more paint touch-ups soon. While this sounds like a pretty stupid law, I could maybe understand it if it’s outdated and became law out of concerns over lead-based paint or something.

3. It’s reported that in San Antonio, Texas it’s illegal to use your eyes or hands while flirting.

Why not just ban flirting altogether? Outdated, still on the books — I don’t know. But this is one where I can’t even begin to understand the logic if it’s true… not even in a historical context. You?

4. Don’t send the kiddies trick-or-treating on Halloween in Virginia.

It’s reported that doing so is illegal. Again, I’m not sure if this is legit or current. But the idea doesn’t really surprise me. I know where I live Halloween trick-or-treating is very different than it was when I was a kid. They’ve put strict limits on the time kids can go out, and I seem to remember them deciding trick-or-treating should be a different day at some point — maybe if Halloween was on a school night. So no, if this is true, it wouldn’t really surprise me. Just for curiosity’s sake, have you seen changes in trick-or-treating since you were a kid too? Or do I just live in a dud of a town?

5. In Singapore, oral sex is illegal (unless it leads to the real deal).

Let’s be honest here. Sex laws can sometimes be the funniest. It’s usually a case of them being outdated, based in times when public opinion was quite different. And when it comes to international sex laws, I’m pretty “forgiving,” because I certainly don’t understand every culture out there. What sounds crazy to me might be perfectly normal there. But this one? I really hope it’s just a joke or at least off the books now. Oral sex is illegal, unless you use it as foreplay. Why do I suspect only a man could come up with that idea?

6. While we’re talking about Singapore, tourists take note: it’s also illegal to pee in an elevator.

Because apparently we need a reminder….

This is one of those reported laws that’s so incredibly stupid I can’t help but hope it’s true (because that makes it all the funnier). As if animals give a moose’s behind what our laws say. If it works, maybe my local officials can write a law that would stop those damned birds from crapping on my car.

8. In Canada, it’s reported that it’s illegal for clear and non-dark sodas to be caffeinated.

Ironically, just this morning I was talking to someone about caffeinated beverages (yes, my life is so relevant to my work!). I never actually knew that Mountain Dew had caffeine (haven’t had it in years either). It was pointed out to me that it’s indeed one of the most caffeinated sodas here in the U.S. So when I saw this stupid law I immediately thought of Mountain Dew. And I just had to look it up — is Canadian Mountain Dew different from “real” Mountain Dew? And it seems that it is (or at least was)! I don’t understand why the law was created in the first place, but I found it to be one of the most interesting. Yes. I find soft drinks fascinating. Shut up.

9. In Washington State, it’s illegal to use x-ray machines to find the perfect shoe fit.

The hilarity of this dumb law is in its specificity. Sometimes when you read about stupid laws, they’re actually just taking general laws and twisting them to sound silly (like a ban on large animals such as big dogs on a beach being twisted to say you can’t take a polar bear to the beach). But this one isn’t one of those. The law specifically mentions shoe fittings, and you can see the actual text of the law in the source for this one. I could completely understand a law banning any non-medical use of x-ray equipment because of the radiation involved. But to specifically call out shoe fittings? What were they thinking? I just can’t imagine so many people in Washington State trying to do this that they felt it necessary to make it illegal.

10. In New Jersey, it’s illegal for a murderer to wear a bullet-proof vest while committing that crime.

Well, I guess if you can’t get him on the other charges….

Remember to take these dumb laws with a grain of salt. They’re meant for amusement more than anything. Do you know more about any of these reported stupid laws? Do you have a favorite silly law that’s still on the books where you live? Leave a comment and tell us about it!