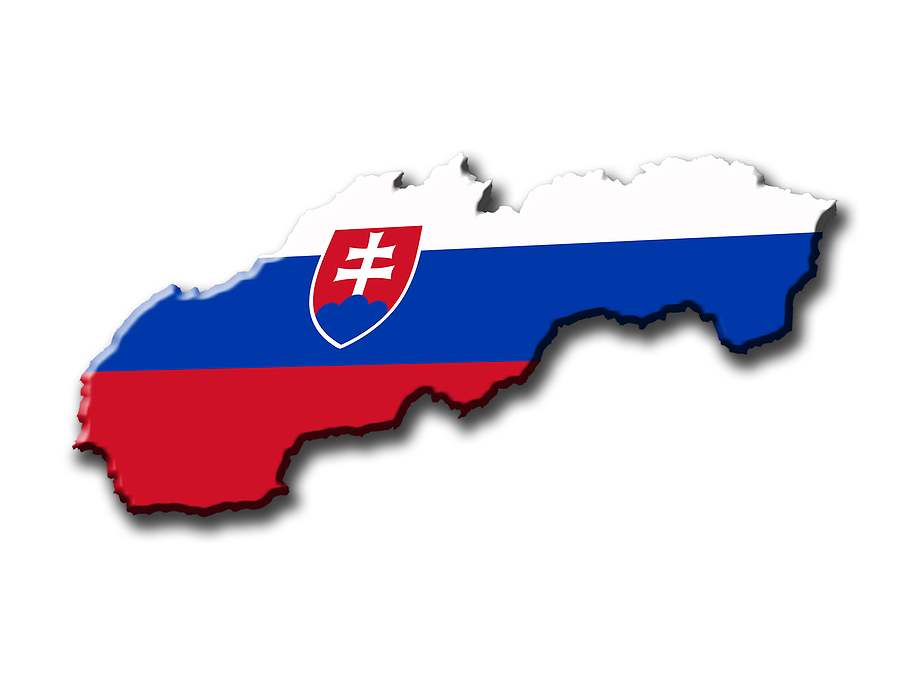 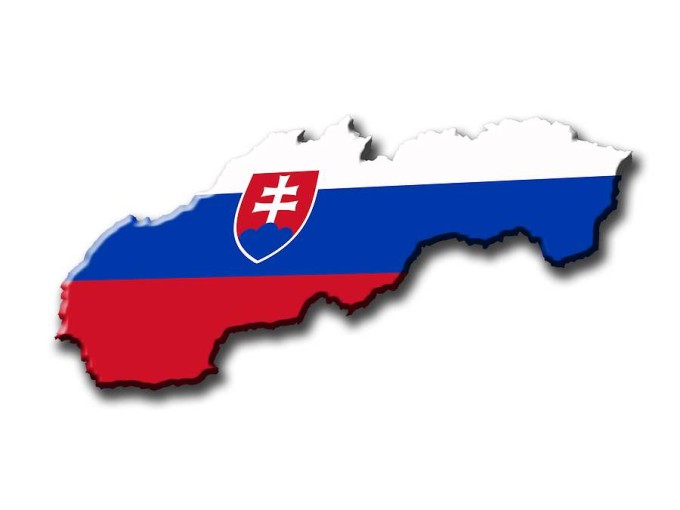 The Slovak Republic is a land-locked European nation that did not gain full political independence until 1993. Its history is one of dominance by other nations and people groups until the breakup of the Czech Republic gave the culturally-unique Slovak people the opportunity to form their own country. Today its 5.4 million residents are governed by a parliamentary democracy with an executive president in charge of matters of state and foreign diplomacy and a prime minister heading up the domestic government. The National Council of the Slovak Republic has 150 members handling legislative matters and the Constitutional Court serves as the nation’s highest legal authority. Slovakia is a predominantly rural country with nearly half of its residents living in villages with fewer than 5,000 people.

Culturally speaking, the Slovakian people trace their ancestral roots back to the Great Moravian Empire of the ninth century. This is the time period when Saints Cyril and Methodius who were two brothers of Byzantine Greek descent serving in the Eastern Orthodox Church brought Roman Catholicism to the mountainous region now known as Slovakia where a mix of Roman, European and Jewish peoples lived peacefully. Their missionary work there still affects Slovak people today as nearly 70 percent of the population is Roman Catholic. When the Moravian Empire collapsed, the Slovak people were absorbed into the Hungarian Kingdom. This dominance lasted more than 1,000 years. As revolutions spread throughout Europe in the 1840s, a wave of Slovak nationalism spread leading to the first official recognition of the Slovak language in 1846. The Slovak peoples increased ties to the Czech peoples whom themselves were being ruled by Austrians via the Austro-Hungarian alliance that ended after World War I. This dissolution paved the way for an official Czech-Slovakian state in 1918 that later became known as Czechoslovakia. In 1938 when European leaders via the Munich Pact to cede parts of Czechoslovakia to Germany with the presence of representatives from Czechoslovakian, Slovakian nationalists declared their independence. In reality, this declaration was in words only as Slovakia came under control of Adolf Hitler’s Nazi Germany with a Roman Catholic priest serving as a puppet leader. During that time, nearly 70,000 Slovakians of Jewish descent were imprisoned in Holocaust concentration camps. History does not know the exact number of Slovakians of Roman descent deported from the region during Hungarian occupation sanctioned Hitler. These two ethnic cleansings are the main reason that today’s Slovakian population has only 3,000 people reporting Jewish ancestry and less than two percent identifying themselves as having Roman ties. When World War II ended, the Slovakian people still did not gain political autonomy. As the United States and what was then the Soviet Union (USSR) broke their war-forged alliance, the Slovakian people came under Communist rule inspired by the dominance of Russia. The next forty years left the Slovakian people essentially governed by the strict, iron fist of Communist dictates from Moscow. This only fueled the fire of Slovakian nationalism and a dissident movement that flared in 1977 as 250 Slovakian human rights nationalists signed Charter 77, a document charging the government with failure to honor human rights. The nationalist tone only grew culminating in the 1988 Candle Demonstration organized by the Roman Catholic Church demanding religious freedom. In 1989, the Velvet Revolution merged representatives from the Charter 77 group, religious groups and a new organization called the Public Against Violence in Slovakia resulting in the nation’s first democratic elections. Within a couple of years, the Movement for a Democratic Slovakia (HZDS) led by Vladimir Meciar became the leading political party for the next five years until 1998 when other groups sought greater economic reforms. Today’s leading political parties include the Slovak National Party (SNS), the People’s Party – Movement for a Democratic Slovakia (LS-HzDS), the Slovak Democratic and Christian Union (SDKU), Freedom and Solidarity (SaS), and the Bridge (Most-Hid) party. These parties jostle for power in each election as the now independent nation state of Slovakia continues to establish its world identity.

As is the case for other nations emerging from Communist control and a centrally-planned economy, Slovakia continues to adjust to market-based conditions. Slovakia’s economy is highly dependent on its exports of machinery, audio and visual products, base metals, mineral products, iron, and steel with its leading trade partner being Germany. It remains dependent on natural gas imports from Russia for power generation. Even though its economic growth slowed significantly in 2009 due to world downturns, consumer inflation in Slovakia decreased from 26 percent to 1.5 percent during the same year. Slovakia joined the European Union in 2004 and took another step toward aligning its economy with other world partners by adopting the Euro in 2009.

Slovakia’s 18,842 square miles are approximately twice the size of Maryland or about half the size of Maine. Within its borders, the Carpathian Mountains tower above pastures supported by the course of the Danube River. Its largest city Bratislava has nearly 430,000 residents and is the nation’s capital. Despite its small geographic size, Slovakia boasts more than 50 museums and a dozen scientific libraries with nearly another 500 public libraries associated with the nation’s university system. Its historical art is dominated by the theme of repression as the country has only recently experienced independence. Folk art including wood carving, glass painting and the weaving of fabrics are traditions handed down generationally and the countryside is dotted with wooden churches and home painted in vibrant colors. Slovakian music favors liturgical and chamber styles with traditional folk styles also being popular. Its traditional foods resemble Hungarian and German cuisine with emphasis on soup, boiled vegetables, roasted meats, and dairy products. Cheese made from sheep’s milk is particularly popular as many rural residents still keep sheep. Many vineyards dot the course of the Danube River and a plum-based win called slivovica is widely produced. Mountain-based sports such as skiing, rock climbing, and hiking as well as river-based activities such as fishing, canoeing and white water rafting are popular options for Slovakians. Hockey and soccer – known as football in Slovakia – are popular sports. While the nation’s unemployment rate remains in the mid-20s across its employable ages, nearly 99 percent of its residents age 15 and older are able to read and write indicating a successful educational system. The nation young in political terms is beginning to take its place on the world’s stage as in 2011 when the nation’s parliament voted against its executive branch’s recommendation to have its representative to the European Union vote in favor of the expansion of the European Financial Stability Facility that was responsible for handling the Euro bail-out. During this internal crisis, it became clear to the rest of Europe that the Slovakian people who were decidedly against the bail-out were no longer a group being dominated by others.

To learn more about Slovakia, consult the following links:

Food and Agriculture Organization of the United Nations: Country Profiles: Slovakia: An extensive briefing on the status of food supply and agricultural production in Slovakia is available at this site covering topics as diverse as forestry, fisheries, climate change, disease and pest management, potable water availability, and the country’s preparation to handle emergencies and natural disasters as it related to the security of the food supply.

University of Kansas: Erik Herron’s Guide To Politics in East Central Europe and Eurasia: Slovakia: This site coordinated by an associate professor in the university’s Department of Political Science includes links to English versions of various Slovakian government official websites for the Constitutional Court, the Parliament, the Prime Minister, the Army, the Financial Market Authority, the Ministries of Health, Justice, Foreign Affairs, and Education as well as political parties and international organizations operating in Slovakia.

University of Colorado Boulder: University Libraries: Slovakia: This site includes a country profile, links to Slovakian government websites some of which are published in English, reports outlining the activities of the World Health Organization activities in Slovakia, the declassified government report on the Velvet Revolution, a series of political articles regarding Slovakia some of which are only available on campus, and a listing of links to organizations involved in Slovakian diplomacy and international aid.

Boston University Libraries Research Guides: International Business: Country: Slovakia: This educational site established as a reference for international business students offers a variety of white papers and business-oriented links regarding the description and profile of Slovakia, its finance, trade, and commerce conditions as well as links to newspapers and government resources.

National Bank of Slovakia: English language versions provides synopsis of the bank’s mission and activities, monetary policy, financial market supervision, payment systems, and details of legislation affecting banking operations as well as links to websites detailing the type of bank notes and coins used in Slovakia and the history of the Euro in Slovakia.

World Health Organization: Slovakia: This English version of the WHO’s report on regarding health conditions in Slovakia contains news articles, a listing of current health projects, an analysis of the current health care system, addresses for the WHO offices in country as well as Slovakian government health agencies, and a series of publications highlighting the agency’s work in Slovakia since 2005.