Have you ever been tempted to buy something from one of those late night infomercials? Does the Ped Egg sound like just what you need?

You may change your mind after you see THIS >>

Whether that video makes you laugh out loud – or cry in frustration – it sure won’t make you want to rush to your phone and order one! Who needs the torture?  But what if you already DID order something from an infomercial, telemarketer or online – even from eBay?

Untold numbers of people are being hit with unauthorized credit card charges every day – sometimes for YEARS – without ever realizing it! The deeper people are in debt and the more often they use their credit cards the less likely they are to realize they are being soaked monthly.

How NOT to Upsell

We could use that video for ecommerce classes on how NOT to upsell. You have to wonder how many sales they lose from people giving up in frustration. I suppose they probably test and know that them make more money off the people who give in and say yes and end up spending a fortune on separate shipping and handling charges.

But it gets worse…much worse…as that is just the beginning of the problems you’ll see if you order from Telebrand – or any of their many other company names.

Consumers must become aware of this VERY COMMON ploy to
part them from their money using recurring credit card charges.

Even if you carefully so NO to every single additional offer that does NOT always work, as this Complaints Wire Telebrand scam report illustrates:

“I made the mistake of ordering a Ped Egg from the Telebrands website. Somewhere in the purchase process, there was an offer for a pair of silver and garnet earrings for the “shipping and handling” price of $6.99. I don’t remember agreeing to it, but several weeks later, I received a package with silver and garnet earrings and a silver and garnet pendant. Telebrands charged my credit card $39.00 for the pendant that I did not order, plus $13.98 for the “shipping and handling” for each item. I sent it all back after speaking to Telebrands on the phone. They claimed that I agreed to get addtional and future jewelry shipments, which I did not. Now they refunded the $39.99 for the pendant, but kept the $13.98 for shipping and handling. So, I am out that money and have not earrings. They are crooks, so don’t buy anything from Telebrands online, or they will illegally charge your credit card for items that you did not buy.” ~ Jo Nell Costello

Shipping and Handling Charges are high enough that these scammers
would make money even with 100% returns!

Scam companies almost always use many names and charge under many different descriptions so that each person searching online will find fewer complaints for each specific charge.

“Old Brooklyn Lantern Telebrands.com My elderly mother ordered a lantern, The price was $12.99 plus S&H. They charged her $318 putting in Overdraft. Fairfield, New Jersey” ~ 84 yo nursing home resident’s son calls what Telebrands did to his mother “an outrageous, shameless, preditory assault on the elderly”.

Complaints abound all over the Internet about unauthorized credit card charges for WC Value Plus and WC Homeplay:

There are too many complaints to quote them all, but here is one Ripoff Report that explains the situation:

WC Value Plus a.k.a. WC Homeplay has got to be the SCAM of the Century!!!

The company somehow gets access to people’s bank or credit card accounts and is able to start charging them monthly charges of $16.95, or sometimes $19.95 or $14.95 a month.

I was being charged $16.95 every month by “WC Value Plus” on my Bank of America credit card, and had no idea of this fraudulent charge for over a year, unfortunately.

These types of companies use many names and change names frequently so a new group of victims can not so easily discover bad reviews and BBB complaints abound.

The best way to avoid these charges is to refuse to do business
with ANY company that requires you to “join” and
promises you can cancel before the charges start.

IF you could actually simply cancel these might not be so bad – but that is not what is likely to happen as the process for cancelling is often time-consuming and other times simply does not work at all:

“What this company does, is slip in the back door, unexpectedly, when you buy something over the phone (and I imagine online also), part of what you purchase includes a “membership” with Value Plus/Explore USA. This “membership” charges you $2 total, $1 for Value Plus and $1 for Explore USA, which you are told you can cancel as soon as you get it, and you will get a gift or gas card just for signing up. Of course if you “choose” to keep it or do not cancel it, you will be charged $16.95 from one place, and $14.95 from the other every month.

Ok, sounds fine. The first time, I said sure, no problem, and figured I would just cancel it when it arrived (note you don’t get a phone number or cancellation information until after the product or service you purchased arrives). Well, you can fill out that online cancellation until you turn blue in the face, it doesn’t work. As a matter a fact, after I cancelled it online and still found a charge, when I tried again, the page suddenly didn’t work or there was “no such account” with my number. So I called, and called. I wrote firm letter after letter, demanding my money be returned and the gift cards as promised.” ~ WC Value Plus / Explore USA Consumer Complaint Comment

What is your time worth to you? Even if you can cancel, is it really worth the hassle? If you can’t cancel, understand that you may have to change your credit card numbers and notify ALL the companies that charge that card monthly.

Do NOT give ANY telemarketer your checking account number!

If you ever give a company your checking account number you may have to close that account and open another because even if you stop payment on one charge for one amount many of these companies will attempt to take a DIFFERENT amount out.

Unethical But NOT Illegal

Unfortunately these methods are NOT illegal. Their intention is to deceive as many people as possible and get away with charging them as long as they can.

BUYER BEWARE!
Avoiding is much simpler than fixing the consequences!


Those who defend these practices see nothing wrong with stealing as long as it is technically “legal”. One proud employee offers these tips which victims will find useful:

“ALL you have to do is call customer service (me) and be cooperative by giving your last name and zip code (ONLY USED TO SEARCH YOU IN THE DATABASE), the rep will let you know you have a membership and then proceed to ask you what you would like to do with the membership. Be advised, we are authorized to release the call if the consumer is too irate, so no, yelling and profanity will NOT get you your way, it will get you disconnected in a heartbeat, thus making the resolution process much more difficult. Just politely let them know you want ALL of your memberships canceled, (PLEASE ask them if you have ANY other memberships because we are only supposed to cancel the number of memberships you refer to, regardless of however many you may have), then proceed to ask for a refund (YOU WILL NOT BE REIMBURSED THE FULL CHARGE AMOUNT OVER THE PHONE NO MATTER WHAT YOU SAY OR DO, SO JUST BE COOPERATIVE), THEN ask for a form that they should send you to fill out to be reimbursed for the full-charge amount (yes, you have to have a form sent to you to be filled out to send to Consumer Affairs for the remaining amount). Over the phone you can only receive a refund of ONE month’s fee per membership, and no one refund can exceed $50 (unless it is a Glamour in You membership which is an annual fee of $79.99).” ~ Excerpt of Comment #3

What if You Believe You Really Want the Product?


First check all the online reviews and realize that many will hate it and others will love it – but you should be able to get a good idea whether it is a total scam or actually works for SOME people.

Among Ped Egg reviewers on that site, 270 love it and 111 hate it. That is fairly common when checking product reviews which leads me to wonder if there are not either product quality control issues or that the products sold in different stores or online are NOT all the same.

For this product you can avoid these scams by buying it locally. Infomercials will still be running claiming a product can ONLY be bought online long after they are being sold in major chain stores. Better to buy it there than end up having to change your credit card or checking account numbers!

The Ped Egg is now widely available in big box stores and reviews are mixed with some saying the Ped Egg works brilliantly and others that it doesn’t.

Truth in Advertising – NOT!

Realize the commercials are very deceptive. Before pictures are often taken frowning in no make-up while after photos are carefully made-up and feature smiling faces.

In the Ped Egg lawsuit two of the actors involved stated that their feet were made up to look worse than they were.

Prior to the July 2007 filming, a makeup artist added “artificial bumps and discoloration” to Kelly’s feet in order to “make a ‘before’ shot for comparison in a ‘before-and-after’ scheme,” the June 23 complaint charges. David told TSG that the makeup artist said that he exclusively did “horror makeup,”

Strangely, CNN actually pulled the Ped Egg ad due to a pending lawsuit.

“Like many rivals in the industry, it [Telebrands] also has a record of some ad tactics running afoul of the Federal Trade Commission, particularly in the early 1990s. And in January, Khubani paid $7 million to settle a 2002 FTC action about claims for the Ab Force”

Why not support a local small business or independent online sellers instead of these corporations full of tricks?  Here are some useful resources you could use to increase your sales or launch your own products or services: 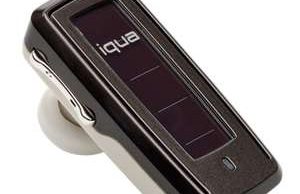 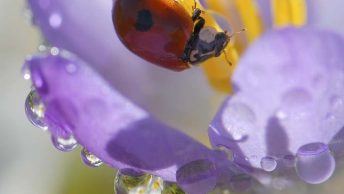 Funny Ads You Could Have Missed 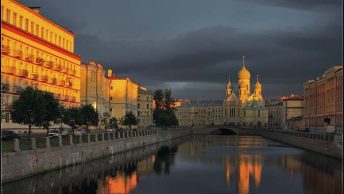