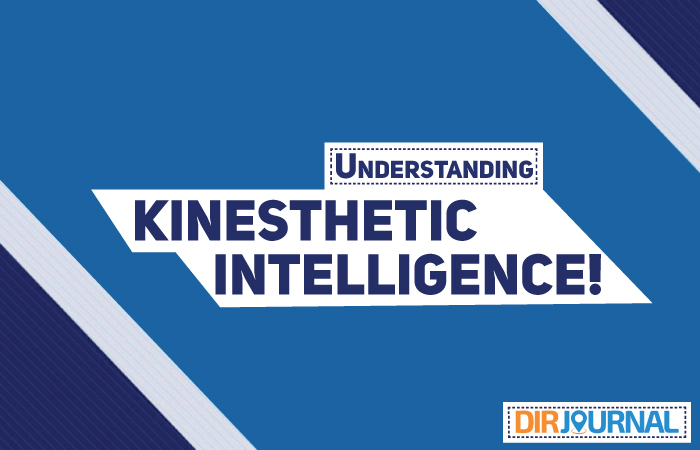 Kinesthesia is our movement sense. It simply refers to an awareness of changes in momentum, balance, pressure and body position in general. It tells us all about how we are moving our bodies. Kinesthetic intelligence includes control of the bodily motions, the ability to handle objects skillfully and the gift for using whole body motions.

You would have seen or you could be one of those people, who are always on the move; who study while walking, whose body is forever active irrespective of what they are doing, even while watching TV. For the kinesthetic types, moving is fundamental and they often fidget if nothing else. It helps them concentrate better.

This “body smart” group as they are called affectionately includes overly active people who indulge in physical self and for whom learning is a physical experience.

Kinesthetic Intelligence And Our Brain

The area of kinesthetic intelligence is located in the cerebellum and concerns the thalamus, main ganglions and others parts of the brain. The brain’s motor cortex controls bodily motion and people with this intelligence display dexterity and skills for fine motor movement.

It is very easy to identify people with kinesthetic intelligence. They enjoy and usually are seen to be successful in active sports, constructing, dancing, hands-on tasks, working with scientific probes and microscopes, robotics, digital still and video cameras etc. These activities involve deftness and physical coordination and using their fine and gross motor skills, people with kinesthetic intelligence involve in learning and expressing themselves through various physical activities.

People with kinesthetic intelligence behave differently to those that completely follow the norms set by society. These people love figuring out how things work and do not need others to tell them. They do things going by their instincts and get “gut feelings” for things around them. They have plenty of physical energy and love physical movement. They cannot stay still for long and are often described as being “on the go.” Children squirm at the breakfast table or even at their desk at school. They enjoy dance, sports and any exhilarating experience. They are very good at creating things and they are always active and love outdoors. Their motor skills are excellent and they are very aware of their bodies. They learn well through movement and “doing” and prefer touching than looking.

We keep hearing things like, “My mind works better when I’m doing something physical, like running or walking.” “I like spending all my free time outdoors.” “I enjoy working with my hands.” All these constitute kinesthetic intelligence.

This sort of high kinesthetic intelligence is what creates scientists, writers, artists, musicians, dancers, performers and other creative people that allow their minds and hands to move without any pre-planned format. While some are blessed with athletic abilities, others are gifted in fine-motor skills, such as drawing and crafts.

Many creative writers use free writing style to get ideas and musical composers end up playing impromptu pieces. These are examples of allowing the body to take over and play a leading role in coming up with new ideas. These actions are not pre-planned and it is just the body movement preceding the thought processes.

A person with kinesthetic intelligence is said to write beautifully and can make writing feel real, funny, down to earth and physical. If this intelligence is strong in a piece of writing, then it is likely to affect the reader at the gut level. This writing may also have a natural sense of movement, the kind of writing that people may say, “breathes.”

Society is almost startled with what it perceives as hyperactivity, being called “intelligence.” Kinesthetic-intelligence is one of the basic human intelligences that has not been appreciated in our culture and has always been suppressed by civilizations. It is the negative social conditioning that causes people to suppress the bodily kinesthetic intelligence.

Albert Einstein once stated that he felt it in his muscles, when he was thinking about something that later proved to be very significant. This heightened kinesthetic sense tells us that helping develop this kinesthetic sensitivity from an early age, instead of suppressing it, will help people turning out to be more creative individuals.

Children grow up as conditioned by the society. Without realizing what it is, most people, including parents and teachers, restrict children from doing a lot of things just because that is not the way they are supposed to be done. In school the superior student is always the one that is great at copying the sequences of movements in writing, dancing, in sports, in speech and even social manners. These things teach a student to pay attention to something that is being taught and then do them accordingly. Whereas, the kinesthetically creative person lets the body lead and moves independently without following any preconceived plan. These free combinations may produce excellence in many areas. Who knows there could be a highly creative individual hidden in your child too. But it takes an intelligent adult to recognize and understand kinesthetic activities.

Some people may say that this is like putting the cart ahead of the horse. An example of the Volkswagen is given when comparing a kinesthetic person. In Volkswagen, the motor is at the back of the vehicle and this is German innovation. Similarly, in the creation of intelligent and creative individuals, children should be allowed to innovate without having to follow a planned course.

How To Encourage Kinesthetic Intelligence?

Rather than ridicule children with kinesthetic intelligence and who are very fidgety, it is better to give them tools and equipment to manipulate in class. Rather than stopping them from moving, it is better to let their bodies develop through expression, enabling them to grow up into creative individuals.

They need opportunities to learn by acting things out or moving, as they are “hands-on” learners. Expecting them to sit quiet for long and listen to something without experiencing it physically is unrealistic.

People with kinesthetic intelligence can be excellent with fine-motor or gross-motor skills, or even both. People like surgeons, athletes, dancers are highly valued, either for their skills, their talent or things they produce. Kinesthetic intelligence needs to be understood better to be able to provide better opportunities to such people, in order to bring out their hidden talents. 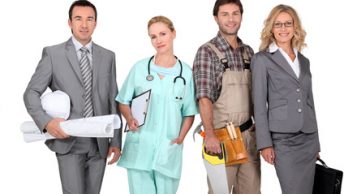 How to Land the Fastest Growing, Highest Demand Careers and Jobs