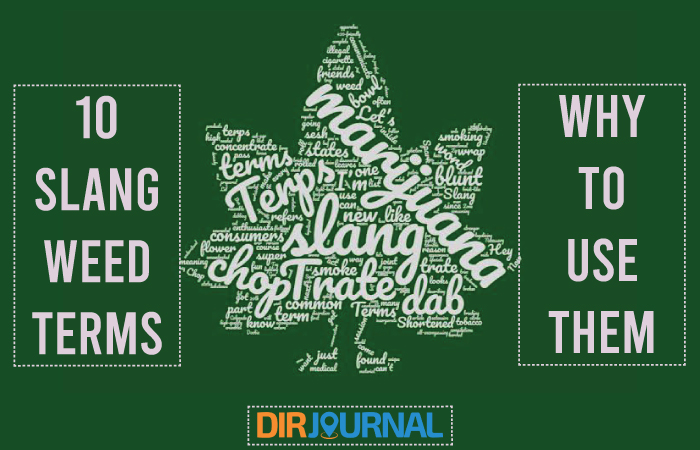 Before mankind learned to write, we used slang to describe the cannabis plants.

One of the most ancient plants ever cultivated is embedded with slang. Over the last few thousand years, people have come up with a lot of different ways to describe the plant we all know and love. Every time someone comes up with a new moniker for Shiva’s Gift, the list of slang terms grows longer. The scientific name for our favorite plant is cannabis sativa and cannabis sativa indica. These species have collectively been called cannabis since the early days of mankind. Modern governments refer to industrial cannabis grown for fiber and seed as hemp. Cannabis plants cultivated for medical or recreational usage is called marijuana. Yet most people refer to cannabis with slang. Cannabis use transcends social and economic barriers across all continents and times. As such, there are often divergent or outright contradictory stories about every name. I tried to include some historical reference to the entries and also some context. Be sure to let everyone know in the comments below if you have heard any alternative theories.

Herb is one of the older known slangs for cannabis. Originally coined when Latin was popular, it basically meant green or crop. The term was later used by Old French speakers to refer to a more specific subset of crops. Middle English speakers also adopted the word and it maintained its meanicng since. As one of the oldest known crops, cannabis was often referred to as an herb throughout historical accounts. When cannabis was criminalized, it retained the old moniker.

Ganja was originally coined in Sanskrit a millennia ago. The term was eventually adopted by the Hindi and Bengali people to describe hemp (the THC-free version of cannabis). The term is still used to describe cannabis in India and across the Caribbean.

Originally coined in the early 1920’s by Larry Anslinger, marijuana was a derogatory term. Created to generate and reinforce negative stereotypes about minorities and later, hippies. There are several different spellings of the word from the early propaganda produced by Anslinger and associates. Other terms that mean similar to marijuana and is used widely today is MJ and weed.

Hydro refers to using hydroponic (water-soaked/submerged) techniques to grow any strain of cannabis. Advances in lighting technology and electronics during the 60’s and 70’s enabled growing indoors for the first time. By the late 80’s the technology was available to the mass market and people shortened the word from hydroponic to hydro.

Chronic does NOT refer to a chronic user of cannabis. In an interview with Seth Rogan, Snoop Dogg explained that the term stemmed from a misinterpretation in the 1990’s. Unfamiliar with hydroponic technology, Snoop, Dr. Dre and company mistakenly called it hydrochronic. It was shortened to ‘the chronic’ before long. Once Dr. Dre released the era-defining album by the same name, the misinterpretation stuck.

Terpenes are a broad group of hydrocarbon molecules that most plants produce. The term became popular in the late 1800’s. Used to describe aromatic compounds, the term came from the German word for turpentine. Terpenes interact with our olfactory organs to create smells and cannabis produces a wide range of them. Higher concentrations of terpenes create more potent smells so weed that smells strongly are called terpy.

Smoking cannabis flower is known as ‘taking a hit’ or ‘hitting a pipe’. The term comes from the Middle English word hitten or ‘to strike’. It was later adopted by the Dutch before arriving in the US in the mid 1900’s. A hit is a single dose of marijuana flower, or dab, consumed by smoking from a pipe, bong, or dab rig.

To dab is to apply hash oil to a heated surface in order to vaporize it. Popularized in the early 2000’s, dabbing has developed into a subculture of cannabis consumption. The trend is partly due to advances in mobile vaporizing devices and a public perception of decreased risk of harm. A person needs to buy a dab rig in order to take a dab. Another type of dab is called Live Resin. It is made differently than a dab, but a dab rig is still required to take a dab hit.

Originating in ancient India, hash describes cannabis preparation used by ancient assassins. Hash is produced by separating the oily trichomes from the rest of the plant and can be compressed into bricks. Smoking hash produces the same effects as smoking raw flower but at high potencies. Some people can create their own hash with the right equipment, or it can be bought from a dispensary. Rick Simpson oil is another type of hash oil. It can be used as a bowl topper, for dabbing, or as a coating on joints.

A cannabis cigarette is commonly called a doobie. The origins are unknown but there are a few possibilities. The word could be derived from the Latin term dubiety, which basically meant to give rise to uncertainty. It was also slang used by black slaves during the mid-1800’s to describe smoked cannabis cigarettes. The TV show Scooby Doo is credited with popularizing the term but the source material seems unconnected to cannabis consumption specifically. Several people who knew of cannabis from the 60’s still use this term today instead of a joint or jay. Another type of cannabis cigarette is cannabis wrapped in tobacco paper, but that is called a blunt not a doobie.

There are even more ways to say cannabis!

There are so many more slang terms for cannabis that I couldn’t include them all. Terms like stoned, blazed and faded. There are also slang specific amounts of weed  like dub and QP. Let us know if we should do a follow-up to this article and dive into more slang. Also be sure to let us know in the comments below what slang you think should have been on this list. Or help add more slang to the list using the comment below. Remember, sharing is caring and thanks for reading.