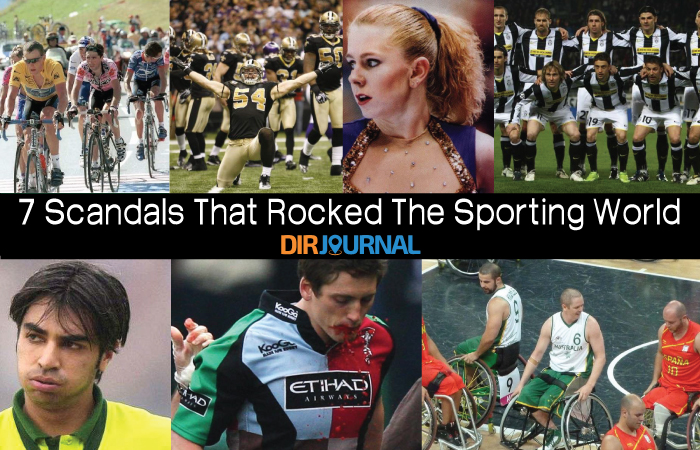 According to the saying, all’s fair in love and war.  And this is fine – if you happen to be in love or involved in a war. But when this deception and subterfuge creeps into the world’s sporting arenas, there really is something not right.

Athletes by their nature are extremely competitive and winning, particularly to some, is the be all and end all – coming second is not an option. Unfortunately, this ‘win at all costs’ attitude is becoming more apparent in the sports that we know and love.  The old adage of fair play at all cost seems to be a little less important to some and the people and teams listed below, simply put, tried everything they could think of to get the result they wanted. 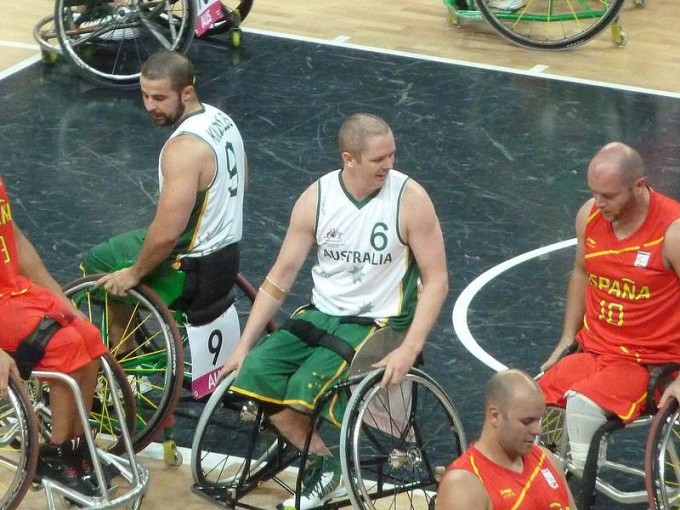 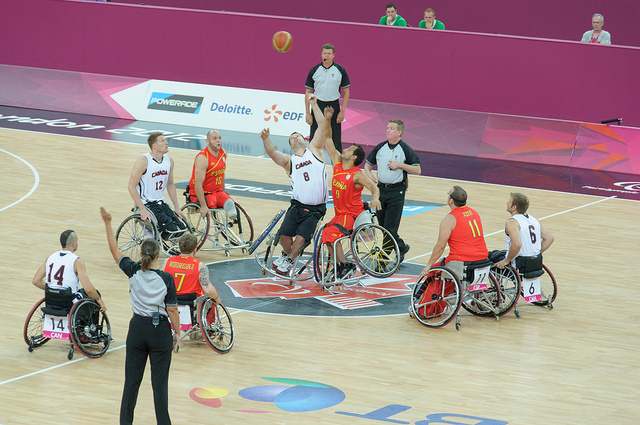 In 2000, the 11th Summer Paralympics were held in Sydney, Australia, where over 3,800 athletes from 122 countries competed.  The vast majority of the participants took part in the way they should, playing fairly and – arguably most importantly – with the spirit that the Games were meant to instil.

However, there were some, who for whatever reason, found it necessary to play by an altogether different set of rules, including the Spanish basketball team.  Winning the gold medal, it soon turned out that 10 out of their 12 players were found to have no disability whatsoever, resulting in the team being disqualified two weeks later and having to return their medals.

Although without doubt a sporting scandal worthy of such wide press coverage, the reason why it caused a substantial amount of controversy was because it was completely against the focus of the Games.  Setup to showcase the talents of the world’s disabled athletes, having able-bodied athletes compete is wrong on so many different levels that it’s difficult to know where to begin. 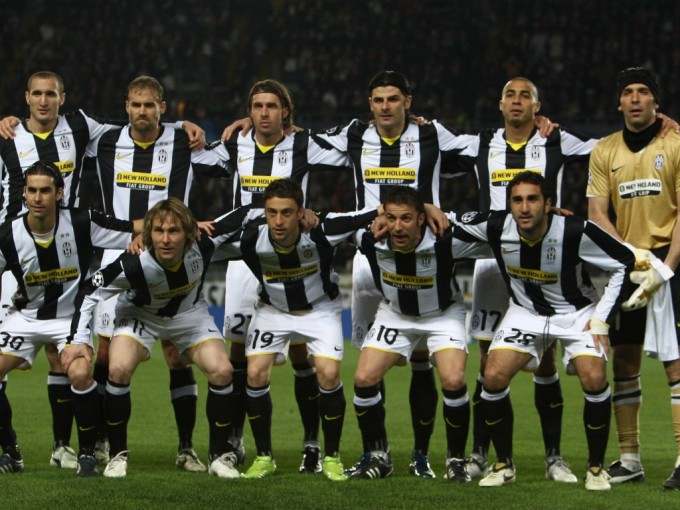 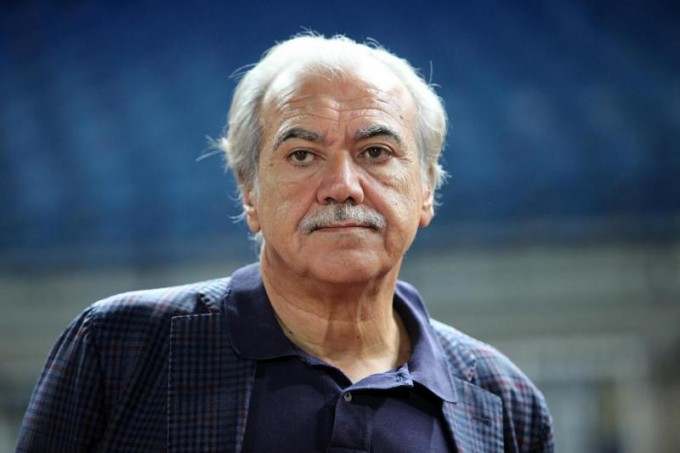 During 2006, Italian football was rocked to the core by allegations of widespread match fixing that involved some of the biggest and best known teams in the country.  The likes of Juventus – who at the time were league champions – along with AC Milan, Fiorentina, Lazio and Reggina were all accused of playing a part in the scandal. Allegedly having a network that allowed team managers and referees to collaborate in an effort to gain an unfair advantage, it is thought that the teams rigged games to their advantage by the careful selection of referees who played their part in the deception.

After months of investigations, all of the teams questioned were fined, deducted points and / or relegated to a lower division as a bare minimum, with many receiving additional punishments (including Pasquale Foti, Club President of Reggina, who was banned from football for two and a half years and fined £20,000).

And as the club seen at the centre of the scandal, Juventus in particular were badly hit – a £31,000,000 fine, initially relegated two divisions and a ban from the 2006/07 Champion’s League competition. 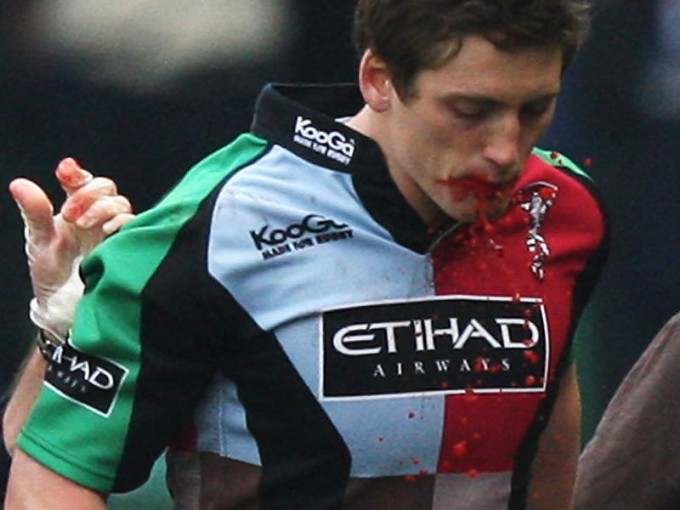 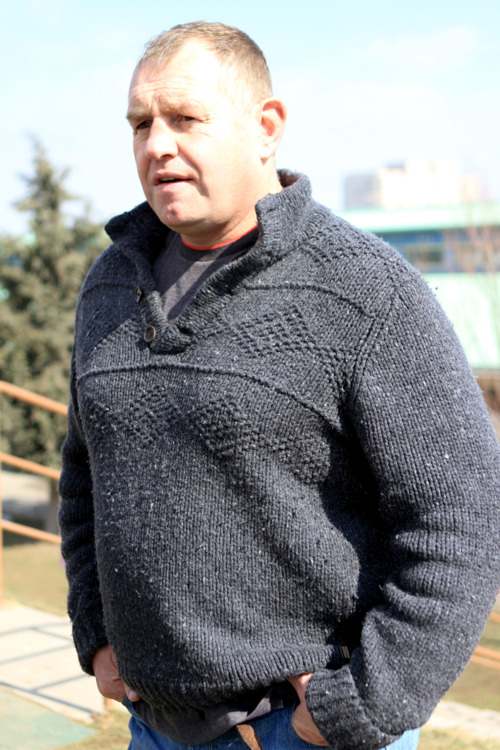 During the 2009 Heineken Cup match between Harlequins and Leinster – a match that became known as ‘Bloodgate’ – Harlequins wing Tom Williams had to leave the field of play as he appeared to have a bleeding injury.

According to the rules, this means that a blood replacement can be brought on to play for up to 15 minutes whilst the injured is attended to. It was later discovered that it was in fact fake blood, which meant Harlequins had used this fake injury to expedite a tactical substitution.

For their troubles, Tom Williams received a 12 month ban, Director of Rugby Dean Richards was given a three year ban, club physiotherapist Steph Brennan issued with a two year ban and the club itself was fined £260,000. 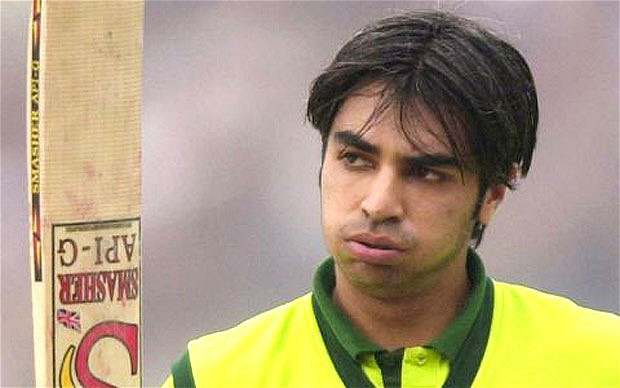 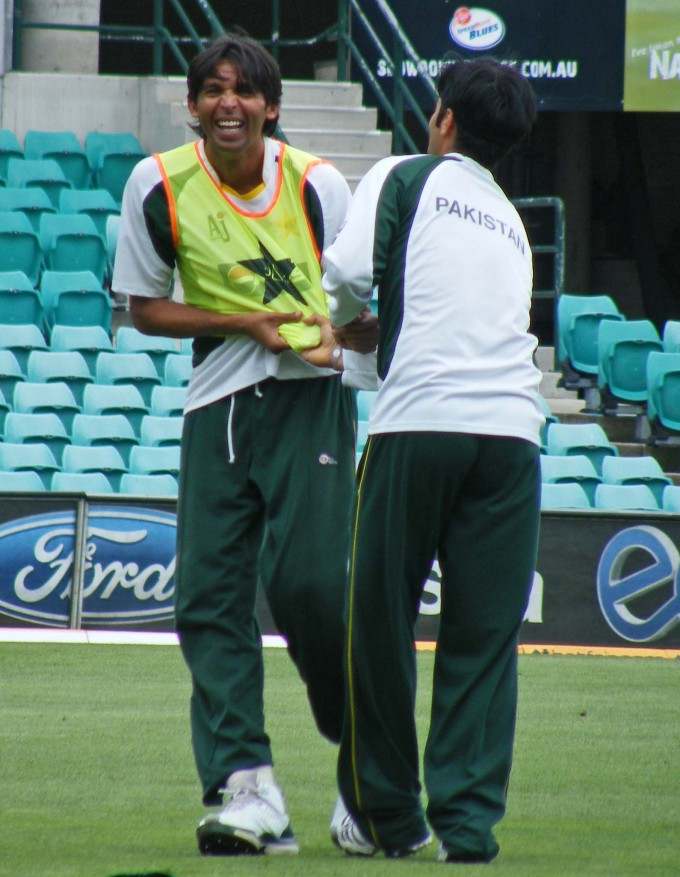 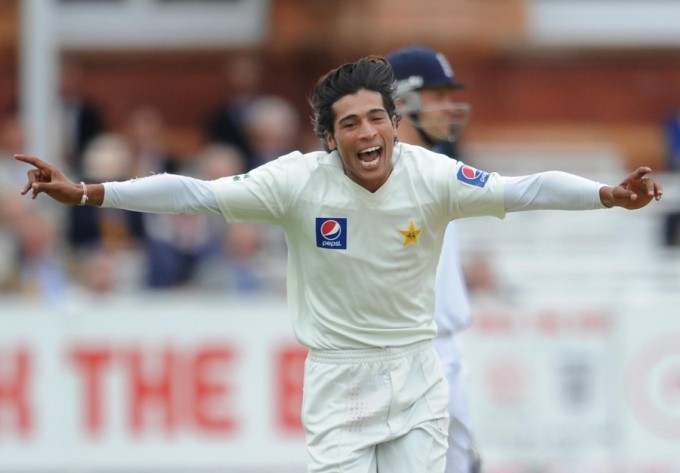 In 2010, three players from the Pakistan team taking part in the fourth Test match at Lords Cricket Ground in London were involved in an attempted spot-fixing scandal. The players – Mohammad Asif, Mohammad Amir and team captain Salman Butt – were all accused of deliberately bowling ‘no balls'(a term used for an illegal delivery by the bowler), after taking bribes from a bookmaker to do so at certain points in the match.

When they were tried, all four were given prison sentences from six to 30 months and the three cricketers were banned from the game for between five and 10 years. 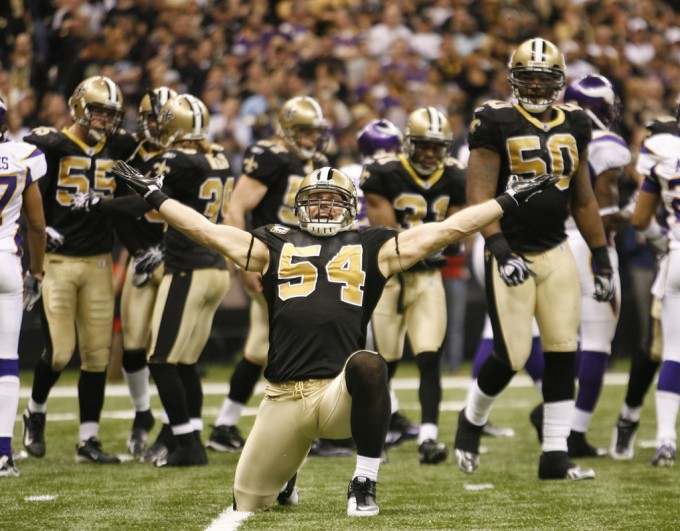 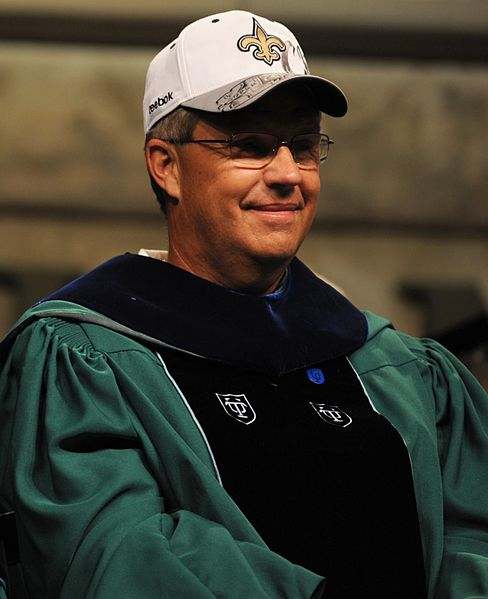 Contrary to their name, the New Orleans Saints were anything but for two years recently, when earlier this year it was alleged that a plan conceived by players, trainers and coaches involved the setting up of a slush fund to reward certain players for their active participation.

In operation from 2009 – the year that the Saints won Super Bowl XLIV – and running until 2011, it rewarded defensive players for intentionally injuring their opponents.  When the scheme was uncovered and brought to the attention of the relevant authorities, those involved received suspensions that ranged from part season to season long and in the case of Gregg Williams, the defensive coordinator said to be responsible for the scandal, indefinitely. 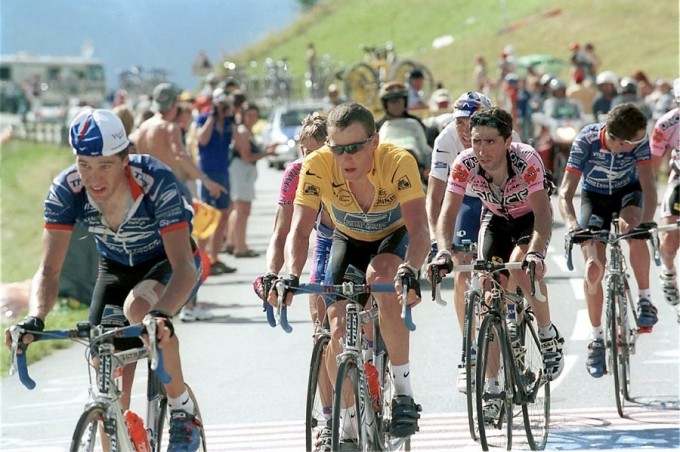 Although the most popular and well-known cycle race on the planet, the Tour de France has been affected by scandal several times in the past few decades and during the 2007 race, doping offences were brought to the attention of the organisers.

Riders including the pre-race favourite were consequently disqualified from the race for the offences, causing their teams to pull out of the tour.  At one stage, the race leader was also withdrawn from the race amid uncertainty about his missed doping tests and at the end of it all, five riders had their chance of glory taken away.

It’s also worthwhile mentioning Lance Armstrong, the winner of the Tour De France a record seven consecutive times.  A much loved figure of the sport and an inspiration because of his battle with testicular cancer, in June 2012 he was charged with using illicit performance enhancing drugs.  Although he continues to protest his innocence, in August 2012 he stated he would not be fighting the charges, a move that saw him stripped of his titles and given a lifelong ban from the sport. 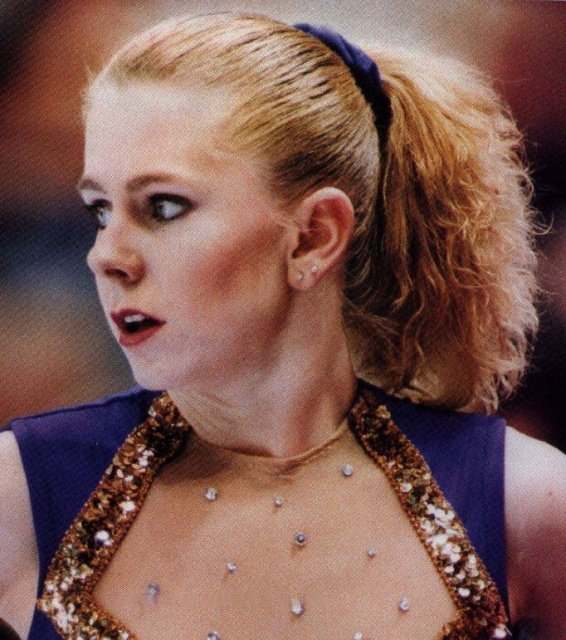 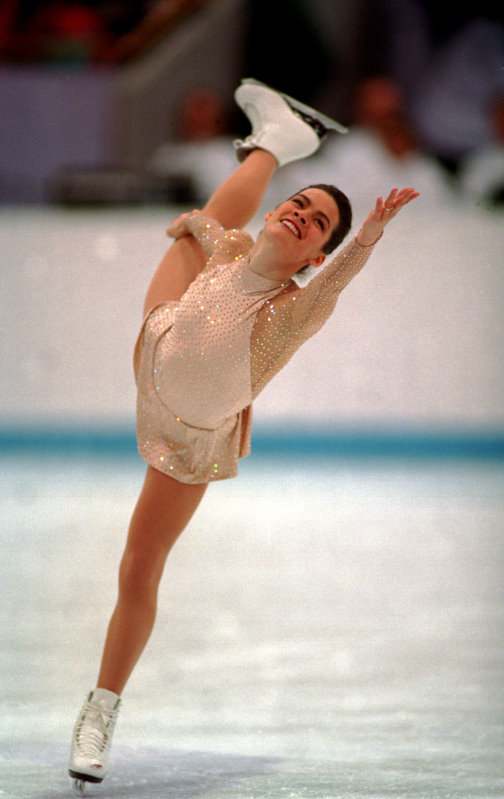 In the figure skating arena, the name Tonya Harding is met with mixed emotions.  Once the golden girl of the sport, Harding won the Skate America championship twice, the US figure Skating Championship in 1991 and was a silver medallist at the Munich World Championship.  In addition to this, she was also only the second woman – and the first American – to complete the triple axel jump during the course of a competition.

Unfortunately, all of this is overshadowed by the spectre of the attack on her rival Nancy Kerrigan at a practice session during the US Figure Skating Championships of 1994.  Harding’s ex-husband, along with her bodyguard, hired a third party to break her rival’s leg so that she would not be able to compete in the competition. The attack, which thankfully only bruised Kerrigan’s leg, was enough to force her to withdraw from the competition.  The assailant, as well as the conspirators, all received either jail sentences or in Harding’s case, probation, community service and a fine.