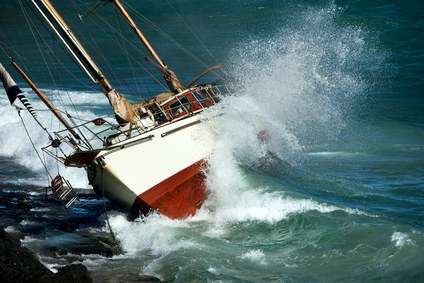 Many have survived economic decline so far by focusing their marketing efforts on the most affluent buyers. While that usually does work, when the Federal Reserve keeps printing money that the Federal government buys, inflation and declining buying power are inevitable. This video explains why even the affluent will have less money to spend in the coming year:

Almost all case studies and market research is done on behalf of Fortune 500 companies. Successful PR, Marketing, and SEO agencies primarily serve larger corporations. They then use these studies to advise small businesses even though they should know that what works for Coca-Cola or Nike is NOT necessarily a good strategy for even the largest small businesses.

The best market research and case studies are beyond the ability of most small business owners or managers to understand. MarketingPilgrim, MECLabs, Marketing Experiments, and Hubspot all produce exceptional research – but this untapped market I wrote about in 2013 Predictions: B2B Will Finally Stop Ignoring 80% of Small Businesses.

For the same reasons B2B agencies choose to sell to large companies, companies target consumers with the deepest pockets as well. There is one major problem with this that is about to come bite them all where it most hurts: their definition of affluent has not kept pace with inflation.

Most studies define “affluent” as having an income of over $100,000 per year. Those with incomes of over $200,000 and over $100,000 are surveyed about their plans for the upcoming year. The problem with relying on these studies is that they do not yet know how steeply inflation is cutting into their disposable incomes. This is the most recent study indicating their plans:

As the money already printed by the Federal Reserve gets into circulation, it will reduce the value of each dollar. (Even though banks are not loaning money, the government is borrowing this money back to pay government workers and expenses.)

Even those who are characterized as “affluent” are in for a big surprise. In fact, they will be the most surprised. Those who have always been paid barely enough to keep a roof over their heads and food on the table have already been struggling for years.

Even those who make high six figures will start to feel the pain.

In 2013, many who believe major media stories and statistics indicating that the economy has recovered are going to find out the hard way that it is impossible for an economy to recover when the value of money is declining faster than your living expenses.

As the majority of Americans earn less and less they pay less in taxes – so taxes must increase precipitously in 2013. They also have no money to spend which will cause declines in retail products and services purchased. The credit they had been using is maxed out or impossible for them to pay.

The majority of Americans regardless of income level live paycheck to paycheck.

Those who thought they were middle class have used debt to live beyond their means. The working poor could not get credit and are actually better off in some ways because they don’t owe anyone, but worse off because they have no way to cover emergencies.

The more money someone earns, the less obvious inflation and the rising cost of living is to them. If they are in the habit of using credit, many people will not notice until they have difficulty paying the minimums (or paying in full if that has been their custom). People who earn the same amount, but with less overhead costs or a higher net worth will feel the effects far less than someone who spends what they earn (or more than they earn) in order to maintain the standard of living to which they are accustomed.

To fully understand why whatever monetary class you believe you are in will not
stay that way, watch the video The Real Story Behind Downward Class Migration.

Money is relative – and although $100,000 sounds like a lot to someone earning $40,000 or minimum wage, most people who can earn six figures also have higher expenses because of where they have to live, commuting costs, and maintaining a particular image.

Even Many “Affluent” Americans Live Beyond Their Means

Let’s talk reality. The majority of Americans – including those who own small businesses – work for a living. They sell used cars, repair plumbing, work in home improvement. They are doctors, nurses, dentists, attorneys, and real estate agents.

While professionals who own practices (doctors, dentists, attorneys, etc.) do earn more they also have much higher expenses so they often end up with even less disposable income than other small business owners.

Those who can not tell that there is no recovery have no idea how the majority of Americans who claim to be middle class – but never really were – actually live. They do not know what they do with their money and time. And they may not realize they can not longer buy from your business because of buying power erosion and increased debt.

This post is intended as a wake-up call for people at all income levels.
Agree? Disagree? Tell us in the comments.

DIRJournal writers bring you insights you can’t get anywhere else from people who fully understand the working class and small business. We collaborate daily with the consultants and business coaches who manage their AdWords accounts, do their SEO, and advise them on or provide their content marketing.

If you are a small business, advice specifically about what works for you – not corporations – is what you need to survive economic challenges. We hope you will subscribe to the DIRJournal blogs. There are solutions – and we will be sharing them with you.

The DIRJournal directory and blogs are an integral and beneficial part of supporting small businesses. Those listed in the directory will benefit from the local community sites and from being featured in the eight DIRJournal blogs.

I encourage you to list your business and reach out to me so I know you are small business friendly. Right now  ~ Extended to Tuesday Jan 8, 2013 until noon ONLY ~ you can get 25% off using discount code Holiday2012. Leave a comment here for a chance to win a permanent, featured listing.