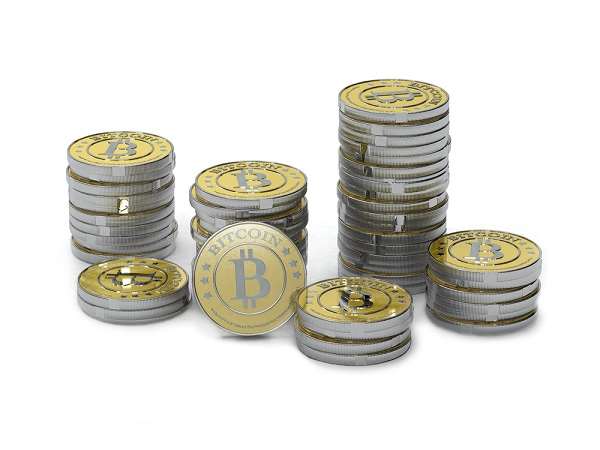 If anyone was still in doubt over the legitimacy of Bitcoin, now we have what amounts to “proof” of its importance in the economy – at least the economy as MasterCard sees it.

MasterCard has lobbyists in Washington DC to presumably lobby against Bitcoin.

Specifically MasterCard has arranged for five lobbyists from Peck Madigan Jones to “look into” mobile payments and particularly Bitcoin. While this does not necessarily mean that MasterCard, one of the largest credit and debit companies recognized world-wide, is going to try to stymie Bitcoin, it’s unlikely that the payment giant is going to sing the praises of the currency – especially given its track record with alternative currencies.

MasterCard has gone on record as being a bit hostile to outside currencies. This isn’t surprising considering the company relies on payments in state-backed currencies to make its own profits. Steven Ruch, Senior Vice President & Group Head of Franchise Development at MasterCard has been on record as calling Bitcoin “one big Ponzi scheme.”

Theodore Iacobuzio, blogging on behalf of MasterCard, speculated that “Bitcoin, the anonymous currency backed by nothing but its users” would cease to exist. After all, he mused, there is no reason to hold the currency other than “fun, speculation and….anonymity” He implies that Bitcoin holders are up to no good – “sinister” was the word he choose to use.

MasterCard has a history of conflict with crypto currencies, but it has never invested as much as it has this time around against Bitcoin.

The news about the Bitcoin lobby broke when the lobby firm released its quarterly statement including the note about the new investigation.

After being pressed for details, MasterCard has responded to questions about the news with a statement that the company is “gathering information in connection with recent congressional hearings to better understand the policy issues around virtual anonymous currencies.”

While Bitcoin is not mentioned specifically in MasterCard’s statement, it is reasonable to assume it is the currency in question – after all, five lobbyists don’t come cheap and they have stated their goal explicitly.

Of course crypto currencies including specifically bitcoin are nothing new in Washington. Feelings on the currency range from ambivalent to very much for or against. Senator Joe Manchin, a Democrat from West Virginia, wants to ban the currency outright. Meanwhile Representative Jared Polis, a Democrat from Colorado, staged a press event in April where he bought $10 in Bitcoins to show his support.

Committees in both the Senate and the House have taken notice of the currency and it is being discussed in depth in regard to benefits and potential downfalls associated with it. As things go in Washington, if committees are discussing it, various lobbies will try and win sway over the members in hopes that things will go in their favor.

Bitcoin’s presence at all in a lobby effort is worth noting simply because it means the currency has risen in “official” notice.

It’s one thing if it’s worth some time in a committee. It’s an entirely more important thing if the currency is worth potentially millions of dollars in a lobby effort.

Apparently MasterCard is ready to pay.

The Time is Ripe for Bitcoin in Washington

There are two particularly interesting points in relation to the timing of MasterCard’s lobby interests.

Legislation – The first is simply the lack of current legislation. While Congress has discussed the currency at length, nothing has been done about it. The discussion points range from potentially criminal activities conducted under the cloak of Bitcoin to potentially revolutionized payment structures for business – including a lack of credit card processing fees.

Despite the interest and discussion, no legislation has been introduced seriously or passed regarding Bitcoin – yet. The sheer fact that MasterCard appears to be in preparations for making bitcoin a bigger topic of discussion may mean that a real push for Congressional legislation may be ramping up.

It’s worth noting that other committees including the Federal Election Commission and IRS have already begun making decisions about Bitcoin. The IRS considers the currency a “property” not an actual currency for tax purposes and the Election Commission is deciding if they want to allow contributions via Bitcoin in the future.

Debit Cards – The second item of note in the timing of this discussion is the recent announcement by Xapo that the company is working with banks to create a debit card that could be used with Bitcoins. The card would be connected through the MasterCard or Visa network, but rather than dollars, purchases would be made automatically in Bitcoins.

Xapo currently offers online Bitcoin wallets, and the company is looking to simplify the process of using Bitcoins to make transactions. Currently bitcoins can be used online with some ease, but to use the bitcoins in a brick and mortar store, the process becomes much more complicated. If a regular debit card is introduced using MasterCard’s network, bitcoin purchases would be as simple as a regular cash-backed debit or credit card transaction is now.

While Xapo claims they are only two months away from releasing the debit card, MasterCard seems to feel the future of Bitcoin debits must be in a different direction. MasterCard has flat-out denied that it is working with Xapo on any Bitcoin debit card.

Xapo is standing on $20 million in venture capital funding and making claims about the future of the Bitcoin network. MasterCard is paying lobbyists to “look into” the currency. MasterCard may be denying the working relationship on record now, but if there is money to be made the payments giant might just change its mind.

The clearest sign of Bitcoin’s future in Washington DC may very well be the actions the lobbyists take – will they try to pave the way for a new profit center for MasterCard? Or will they do their best to take down Bitcoin, as MasterCard’s history seems to indicate?