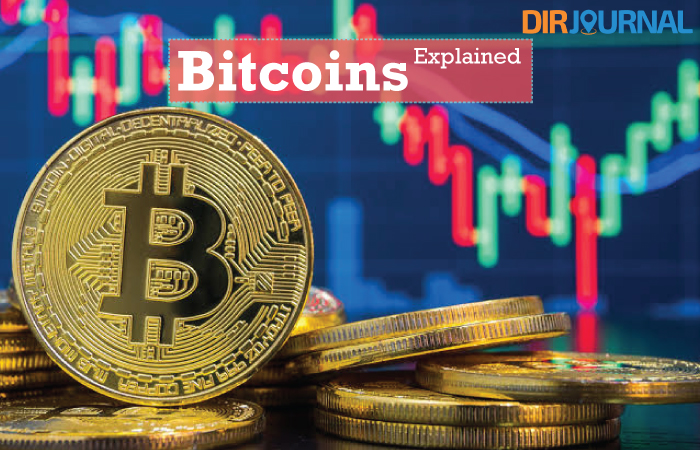 What is Money and Currency?

Bitcoin is a protocol. First and foremost. Surely, you’re confused when everyone keeps citing
Bitcoin as money. It’s okay, the confusion can be daunting. Bitcoin is, by itself, a protocol. The
currency (also known as money) just happens to be the very first application that was made on the
Bitcoin protocol.

So, coming to Bitcoin money. It can be labeled as People’s currency.

Some even cite it as Internet currency. However you look at it – it is money.

So, before we talk about Bitcoins being money (or currency), what exactly is a Currency? What is
Money?

If we take the generalized definitions of Wikipedia, then…

A Currency (from Middle English curraunt, meaning in circulation) in the most specific use of the
word refers to money in any form when in actual use or circulation, as a medium of exchange,
especially circulating paper money.
This use is synonymous with banknotes, or (sometimes) with banknotes plus coins, meaning the
physical tokens used for money by a government.

For money to have any worth, it needs to have a value associated with it. When the US Dollar was
minted for the very first time, X many Dollars equaled 1g of Silver (which was the prevailing
standard at the time, equating the US Dollar to the Spanish Dollar).

In the early 1970s,the United States exited itself from the Gold Standards/Reserve for the US
Dollar. The US Dollar was now a “float currency”.

Essentially, the value was the Government’s backing that the US Dollar is still the currency
(whatever that means). The value that everyone who held on to the Dollar was that it still had the
power to buy and sell goods and services.

As a natural extension to this, other currencies like the Japanese Yen or the British Pound then
established a rate of exchange to the US Dollar (which is still prevalent today). It is this very
reference to another form value that we arrive at the value of our own currency.

Value (or how much a specific piece of paper of coin) comes from acceptance.

When your currency is accepted by the other party for goods and/or services or even other
currencies, it has some X value associated to it.

Bitcoin has no intrinsic value per se in its native form. It’s nothing more than a bunch of digital
numbers. So where does Bitcoin derive its value from? From the same concept as the other major
currencies derive their value – the acceptance of it (buying power in exchange for the note).

What makes Bitcoin money is when it (as a Currency) is used as a medium of exchange.

Bitcoin does not solve the problems we have with our monetary and banking system. It does not
answer the question if John Maynard Keynes or Friedrich Hayek or Karl Marx was right. That debate
is best left to the economists and historians.

Bitcoin is money of the people.

Internet’s biggest differentiator was its neutrality. Bitcoin enjoys the same differentiator. It is
neutral to the sender, the receiver and to the value of the transaction. It is innovation, without
permission.

Bitcoin attempts to solve the issue of declining power of money, which affects us all, irrespective
of our geographic location or economic system. Consider that there are about 193 unique currencies
in the world today owned by governments, yet there is only one decentralized, mathematical currency
in the world, i.e. Bitcoin.

I use the word “attempt” (emphasis supplied) with caution, for if Bitcoin’s acceptance (and thus
usage) is curtailed or hampered, the whole purpose is defeated. On the other hand, if Bitcoin does
become a main stream currency in our society (on the Internet), you are almost guaranteed that over
time, Bitcoin’s value will not derail or plummet, but increase over time (as long as its usage,
i.e. trade, which is to say Buying and Selling or products and/or services with Bitcoin remains).

No country, bank, person(s) or groups owns Bitcoin. It’s absolutely free and not restricted in
management by any particular interest group or authority.

Bitcoin does this by introducing a limit. This limit is the number of Bitcoins that will ever be
produced (or mined, which is the correct term, more on that later).

By limiting the supply to 21 Million Bitcoins, the system ensures that inflation cannot creep in.
How? Because within the construct of this digital currency, only 21 Million will be ever produced
and after the 21 Million Bitcoin number is reached, that’s it. No more Bitcoins. No more creating
money out of thin air and injecting it into the Bitcoin money supply. By limiting the money supply,
you increase the value to Bitcoins over time as more and more people and merchants use it.

In addition to the limited supply, each Bitcoin is made of Satoshis (in honor of the name of
person(s) who invented the Bitcoin – Satoshi Nakamoto).

1 Bitcoin is equal to 100 Million Satoshis, which is the smallest value of Bitcoin you can trade.
So when the value of Bitcoin sky rockets, everyday items would be in the sub-decimal range. So
rather than talking sub decimal like a Burger costs 0.00000074 BTC, it would be easier to say
something like its 74,000 Satoshis.

(The symbol for Bitcoin is BTC.)

Like with money, bitcoins are stored in wallets (called Bitcoin wallets). There are many types of
wallets. You can download a wallet client for your computer or use an online wallet. It is
imperative you understand, should anything happen to your wallet and it is compromised, hacked or
data is lost, your money is gone. There is no way to recover it back. Take extra care on which type
of wallet you choose and how you store your Bitcoins. Certain wallets will allow you to do off-line
storage (on a USB).

All transactions made with Bitcoins are anonymous (well-near anonymous). You’re simply paying a
number. Like with PayPal you pay to an email address, with Bitcoins, you’re paying to a number. Who
owns the number? That is not identified or identifiable from any public information (unless a
person volunteers their identity behind each Bitcoin wallet).

The source code of Bitcoin is open for everyone to see and read through. It is generally agreed
that there is no malicious component or code in it.

How Do You Obtain Bitcoins?

There are three ways in which Bitcoins can be obtained:

• Mining (this will continue till such time that all 21 Million Bitcoins have been mined, as mining
is too technical a discussion, we shall not discuss that in this article)
• Buy (you can buy Bitcoins off the various Bitcoin exchanges or even from people who have them)
• Sell a Product or Service and get paid in Bitcoins.

The connection between Bitcoins and our existing monetary system is via the exchanges. It is these
exchanges where market dynamics set the Buy and Sell price of each Bitcoin in currencies like USD,
Euro, GBP, JPY, etc.

Many people wrongly assume Bitcoin is pure money. It is not. As cited before, it is actually an
internet protocol. Money just happens to be the very first app that was made using the Bitcoin
protocol. It is a decentralized network (i.e. peer-to-peer) that agrees on consensus.

One of the most unique things about Bitcoins is that there is a worldwide ledger. Each transaction
using Bitcoins between two wallets is recorded. Nothing more than the two wallet IDs and the amount
of Bitcoins that were traded is recorded and the accompanying time stamp.

This ledger is maintained by every miner out there, and is called the Blockchain.

Every 10 minutes the network agrees on what transactions have happened (consensus agreement).

Each transaction that is done on the Bitcoin network will then naturally take usually about 10
minutes or so to get reflected in the ledger. Both parties will wait for 5-6 ledger confirmations
from various sources before the transactions is deemed completed.

Even cooler is that if you transfer money from one Bitcoin wallet to another, there is zero fee
involved. You could transfer $1 or $100 Million, there is no fee. Bitcoin levies a fee on the byte
size of the transfer and not the value of the transaction.

Transactions are irreversible. Once money is sent, it cannot be reversed or be nullified. The only
way to reverse the transaction is to have the other party pay you back.

For Bitcoins to become a mainstream currency on the Internet, it is important that businesses start
accepting Bitcoins as a form of payment. Until and unless we do not see a massive adoption by
businesses in accepting bitcoins, the entire ecosystem will not mature to the level we all are
hoping for.

Companies like BitPay make it extremely easy for any merchant to accept Bitcoins. However, BitPay
is operational in a handful of countries. So as of the writing of this article, if you’re from
Pakistan or India or Indonesia or Kenya, you cannot accept Bitcoins via BitPay as they are not
servicing this market at the moment. However, this does not mean you cannot accept it as a form of
payment.

If someone opts to pay you in Bitcoins you can always transfer these into a Bitcoin exchange and
sell them. The base currency in which you sell (usually US Dollars, British Pound, Euro) can then
be transferred to your account via a wire-transfer.

In addition to this, you could charge a premium for your Bitcoins and sell them at local meet-ups.
LocalBitcoins is one such initiative where people buy and sell Bitcoins in person.

There is a lot of talk about acceptance and volatility. So let’s address these two issues.

On acceptance, we have to ask merchants. If you walk into a Coffee shop and ask if they take
Bitcoins, I’m assuming the natural reaction of the owner will be “Bit-what?”. Repeat this with
other customers walking in to the shop and asking if the shop accepts Bitcoins, what do you think
will happen?

The owner will for starters look into bitcoin. Try to understand it and
see what it takes to accept it. If enough people are coming in and asking about Bitcoins, sooner or
later, the shop will accept Bitcoins.

The more people we have who are willing to pay in Bitcoin, the more likely it is the merchants will
offer Bitcoin acceptance.

Even within the acceptance umbrella many merchants struggle with the understanding of bitcoins, let
alone how to accept it. Companies like Bitpay and Coinbase are trying to make it easier to accept
bitcoins, but their outreach is limited to a few countries.

On their own, bitcoins can easily be accepted. All you need is a Bitcoin wallet and you can accept
payments into your wallet. The question of volatility will remain. Let’s say you are selling
something worth $900 which is equal to 1 Bitcoin. After a few hours, the price of Bitcoin drops to
$800 per 1 BTC, so now essentially you have a loss of $100. To remove this volatility in price,
your best option is to immediately convert your sale into US Dollar (or your native currency) as
soon as the transaction is made.

Bitcoins have their fair share of budding issues. However, because it is relatively new, a lot many
people are working to make Bitcoin a mainstream reality for everyday folks like you and I.

I work for a company called IBFS (Interbank Financial Services) which specializes in the Cross-Border Money Transfer and Payment Systems. I’m essentially a payments consultant and an evangelist for digital money (aka Bitcoins)