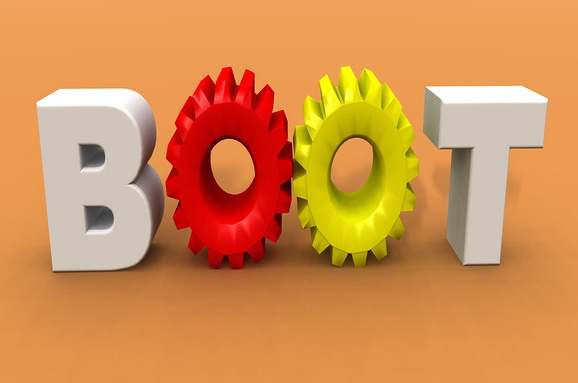 No More Fidgeting – Booting Out Computer Boot Up Time!

The few minutes that it takes for the computer to boot up are called the “black hole” of the digital age. During that time, there is nothing to do but wait and wait before one can log on. Have users become impatient or are the computers slow?

What do people do when waiting for the computer to boot up? While some people stare at the screen, others walk up and down or grab a hot cuppa. If it is time for brushing, then people do that too!

With all the complaints there have been of computer boot up time, the computer industry is forced to look into it and try and give back those precious seconds lost. Several of the major PC makers in the world are soon introducing “quick-start” computers.

A few months back, we have mentioned that Hewlett-Packard is onto something in this arena in one of our articles titled, “Computers With Instant Start.” You can read that for more information and to understand how it works.

According to a senior executive of a company that makes quick-boot program from PC makers, it is ridiculous to expect people to wait patiently for a couple of minutes, in this day and age when people want instant-on.

Manufacturers like Hewlett-Packard, Dell and Lenovo are bringing out machines that allow people to access at least the basic functions of a computer, such as a web browser and email in less than 30 seconds. Asus, a company based in Taiwan, the world’s largest maker of circuit boards for PCs, has already gotten busy with creating fast-boot software for its complete product line.

Microsoft Weighs in on Boot Time

Windows software has always had complaints of slowing down the start time of computers. Recently, Microsoft has revealed its intention of doing something about this in their next version of the operating system. On a Microsoft company blog, it said that a very good system is one that boots within 15 seconds.

People in the know say that Apple Macintosh’s boot much quicker when compared to Windows machines, but many people find them also slow. This frustration is nothing new as booting up has always taken several minutes. The difference is in the way people think.

They feel they are losing time and are not as tolerant as they were before the advent of the internet. Previously, during the pre-internet days, people did not feel this urgency as the computer was just a solitary machine unlike now, where the whole world awaits at the other end. The computer industry states that the current information addicted society is agitated by even a moment of downtime.

Experts say this impatience stems from the fact that people are now used to the “always-on” handheld devices. People are so used to using smart phones and other similar gadgets that they cannot wait for the boot-up process to complete.

Computer Companies Want to Speed Up Boot Time, Too

PC makers are vying with each other to create new software and it is not done just to ease the pain of users. They do it for themselves too. The computer industry is very competitive and has very thin profit margins. In this situation, every company looks for anything they can trumpet that can prove to be advantageous to them, even if it is a small achievement.

According to Hewlett-Packard, their research revealed that when boot times exceed more than a few minutes, users get all worked up and think they have been at it for ages. Even just 3 or 4 minutes feel like an eternity when waiting for a computer to boot.

In June, HP introduced a fast-booting laptop that costs $1,200. Right now, HP is looking at offering PCs that boot in 30 to 45 seconds and in the next 18 months, they are planning on reducing the boot time to as less as 20 to 30 seconds.

Everyone is waiting for Microsoft to come up with a solution that shortens the loading time of Windows. Meanwhile, PC makers are trying to use programs that bypass Windows and thus speed up boot times.

All these systems rely on Linux, which gives users quick access to Web browsing and other basic functions of their computer.