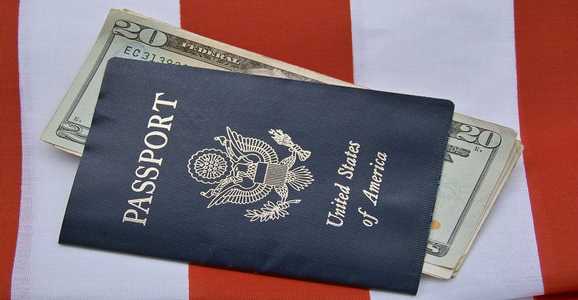 The US government, as part of its stimulus plan to revive the depression in the US economy, recently decided on including an amendment that imposes a ban on firms receiving government bailouts, from hiring workers from other countries. Microsoft has recently been asked to remove foreign workers that are employed under the H-1B Visa program, resulting in the software giant announcing that 5,000 jobs will be cut in the next six months; including 1,400 immediately.

H-1B visas are offered by the US government to enable international students and highly skilled international workers, from all over the world, or who are already living in the USA, the opportunity to live and work in America legally.

From the beginning, there has been criticism from various quarters, over the role of the H-1B program in replacing US workers. There were several instances of US staff being replaced with H-1B workers. The ploy employers used is to hire these H-1B replacements from contract job shops. This way the companies could claim that they had not applied for H-1B visas, making it possible for them to legally replace their US staff.

Another complaint was that US Employers hired H-1B workers because they pay significantly less than they would have to for US workers. This cheap labor causes depression in the overall wage structure.

Currently, 65,000 H-1B visas are granted by the US annually to Hi-technology workers from countries like China, India and Philippines.

The US government states that they are not against the H-1B program, but it has to be used in the actual spirit of why it was started in the first place – to have alternatives for specialized workers when there is no availability in the US. It was also clarified that since the 900 billion dollars for the stimulus plan is being paid by the American taxpayer, it is only fair that American workers are hired.

This decision for foreign countries could mean hundreds of thousands of foreign students studying in the US universities will not get employment and millions will be made jobless.

The US government is also planning on controlling outsourcing. American firms that move their jobs to other countries will not be eligible for any tax breaks. Obama, in his address said, “We will restore a sense of fairness and balance to our tax code by finally ending the tax breaks for corporations that ship our jobs overseas.”

This will affect more than 1,000 American firms that have over the years moved their jobs outside the country. The government is doing away with a particular provision of the tax code where US companies pay lower taxes for profits earned from foreign countries. There has been opposition for this tax code for a long time, as it was seen as an encouragement for companies to send their jobs abroad, when they rightfully belong to the American workers. The government’s aim through this move is to make outsourcing unattractive to companies in the US.

However, many believe that tax breaks when compared to savings through outsourcing do not stand a chance. While the idea of tax breaks would certainly appeal to the US businesses, it would require a huge tax break to change the established trend of global outsourcing. It would be highly unlikely for companies involved in significant outsourcing to take their businesses, and the related infrastructure and human-resource costs back onshore. So, the impact of this move may be very little.

People who oppose this move say that this move will only hurt the US as outsourcing makes a lot of sense; both economic and logical. It is left to be seen what actually happens. However, with Obama focusing on the revival of the US economy, this is the kind of positive reaction that Americans expect from their new President.