As per Microsoft website, Windows 7 makes performing tasks faster with a lot of new features. Microsoft seems to have learnt from the damage caused by Vista. The release date of Windows 7 has not yet been announced; although, it will perhaps be late 2009. This successor of Vista is going to be lighter and swifter than its predecessor minus all the issues.

“We have learned a lot over the years as we’ve released versions of Windows to the market. We spent a lot of time listening to customer and partner feedback,” said Microsoft.

Microsoft announced five versions of Windows 7 that it is all set to launch in the United States, as well as a sixth version, meant only for emerging markets.

Consumers do not really have to get confused with all these versions, the retail sales will only be for Windows 7 Home Premium and Windows 7 Professional and this what they need to essentially choose between.

Windows 7 Ultimate Edition will be offered as an upgrade, which means people will have to pay for the Home Premium or Professional and then pay for the upgrade too.

While the Starter Edition is for those with basic computing requirements, the Home Premium version offers richer multimedia capabilities and visual enhancements.

According to Microsoft, existing Vista users can do an in-place upgrade to Windows 7 by buying and installing the disc. All the hardware and software that worked with Vista is said to work with Windows 7. The data and programs can remain intact. Once one of Windows 7 base versions (Home Premium, Professional or Starter version) are installed, upgrading to other versions can be done using Windows Anytime Upgrade (WAU). Of course to unlock a new version of the operating system, users will have to pay up. Existing Windows XP users can also move to Windows 7 but only after doing a clean installation, which involves backing up data, installing Windows 7 and re-installing all the data as well as the programs. This means unlike the shift from XP to Vista, the shift from Vista to Windows 7 is going to be a lot easier.

On being asked as to how Microsoft is going to convince companies to upgrade to Windows 7 after that Vista fiasco; CEO Steve Ballmer quipped, “If you deploy a four or five-year old operating system today, most people will ask their boss why the heck they don’t have the stuff they have at home.”

One of the major changes incorporated by Microsoft effects the netbook market. It claims to have designed Windows 7 OS in such a way that it runs on any small notebook PC that fulfills the hardware requirements.

The taskbar is completely changed. Now there are big icons in place of text descriptions on the buttons. The icons can be rearranged and they stay that way even when an application is restarted. When the mouse is placed over an icon, a set of window thumbnails show up and clicking on one of them switches windows. A right click on the icons shows a new feature called the “jump lists.” These lists give quick access to application features, with the most recently-used files in the jump list.

Organizing windows has become quicker and dragging a window to the top of the screen automatically maximizes it, dragging it off restores it, dragging it to the left or right resizes the window. This makes it extremely convenient to work with two windows simultaneously. Peeking at other windows and at the desktop is made easier too.

The system tray in Windows 7 has undergone a sea change too. There is no longer the problem of the tray filling with needless icons. Now, the control of the tray is in the users hands and by default, all new icons are hidden and displayed only if enabled.

All Windows 7 machines will also play DVDs without any software requirements. It supports most popularly used formats, such as Xvid, DivX and H.264. Support for a number of media codecs has been added. To play many other multimedia formats that cannot be played, users can now download the specifically designed Windows 7 Codec pack. Nothing has yet been said about Blue-ray support as of now.

Although, Microsoft has not talked much about Windows 7, Bill Gates in a speech in Japan revealed that it would be “lower, power, take less memory, be more efficient, and have lots more connections up to the mobile phone. If you have two personal computers, your files automatically are synchronized between them, so you won’t have a lot of work to move the data back and forth.” The company is said to have invested a lot in their engineering efforts around reliability, performance and compatibility in Windows 7.

There is a lot of speculation on how this actually works. The first beta version was released in Jan 2009. There have been reviews galore by geeks that downloaded and are playing with it. Most reviews say that it feels more like a better version of Vista rather than a new OS. The boot-up is faster and installation of software quicker than Vista. Since it builds on the same UI, the hardware demands are as steep as Vista’s. However, the graphics are said to be far better and network reliability on wireless N connections is improved. Most reviewers agree that there are no bad surprises.

If you wish to know why Microsoft named it Windows 7, you can open the command prompt and check in Vista SP1, by entering the command VER. The version number that is displayed is 6.0.6007. It is obvious what the first digit in Windows 7 is! 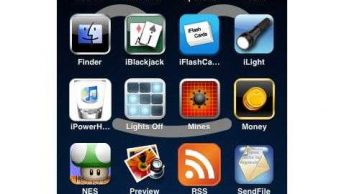