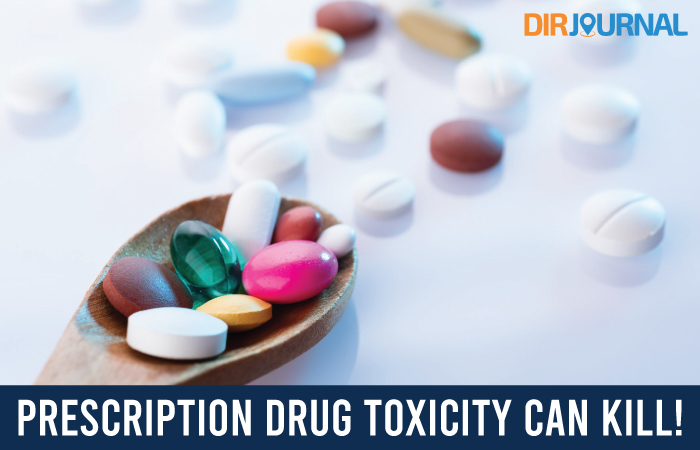 Before we blame anyone for this, let us delve deeper into why this happens. If we take the example of Heath Ledger, he was killed by a deadly combination of OxyContin, a painkiller; Xanax, an antidepressant, Valium, Unisom, Vicodin and Restoril – all FDA-approved pharmaceuticals prescribed legally by doctors.

His is not an isolated case nor is it rare. This problem is far more serious than you could ever imagine; with at least 100,000 Americans dying from FDA-approved medicines each year. This fact is known since the 1960s, with studies revealing that more than 5% of hospitalizations are due to drug toxicity and one of every 20 drugs administered in hospitals results in some adverse reaction, with 10% of the reactions being life-threatening.

The problem here is the toxicity of the chemicals prescribed and the fact that consumers consider all FDA-approved medicines to be completely harmless and use them without any apprehensions – as and when they like. They are completely safe, right? Wrong – if you are one of those people who pops the “safe” pill for everything, you may be putting yourself at risk.

Are consumers ignorant? What makes them believe that prescription drugs can be harmless? OR if drugs are harmful, they why are they approved by the FDA?

I know you must be having all sorts of questions popping up in your mind.

This casual attitude towards prescription drugs stems from the fact that consumers are made to believe they are safe, not because they are ignorant. The pharmaceutical industries advertise their pills as the best pills for health and consumers believe them and start considering them as food supplements. The nasty business of television advertising does the trick for pharmaceutical companies. As we all know, a picture is worth a thousand words. The unsuspecting consumer, who is no physician, tends to buy these ads, where healthy people are featured to push the drugs. These companies are conniving and come up with names that make them sound very healthy, such as “Restoril: that implies “restorative” function.

The reality is that most of these prescription drugs cause liver toxicity; sometimes severe. This toxicity is multiplied a million times when these drugs are combined. Imagine several toxic substances combined to form a lethal cocktail. That’s exactly what happens and that’s what is said to have killed Heath Ledger and thousands of other consumers too. Heath had come under a lot of flak after death with many people blaming him for taking too many medicines. But why not if he needs them? Aren’t all the advertisements claiming that their drugs are FDA-approved and completely safe? Aren’t all the doctors prescribing all these drugs together? Is he a doctor to understand the “unspoken” words?

Most consumers may not take so many pills if only they knew the dangers of consuming a combination of drugs. Nobody wants to die. People take these pills to safeguard themselves from their illnesses, certainly NOT to kill themselves.

How Can Things Get Better?

Things can be improved by improving physicians’ prescription practices, identification of contraindications and potential drug-to-drug interactions and providing better consumer education regarding proper use of medications. These recommendations from numerous sections of the society remain just recommendations with nothing being done. In fact, with more and more powerful drugs being released into the market, the deaths may certainly have increased over time. There seems to be no easy way out and it is not easy to change the ways of the unscrupulous pharmaceutical companies making millions of dollars at the risk of people’s lives, and we as consumers must do everything possible to keep ourselves healthy and safe. The stage has come where many people now believe that going to a hospital or a doctor can be dangerous.

Doctors can change things by being more knowledgeable about the drugs they prescribe; especially understanding the interactions with other drugs. They should question patients about all the medicines they are already taking; including health supplements, herbs and anything they are using. Patients on their part should not rely completely on the doctors who don’t always warn them of the complications of using deadly combinations. Think of what you, as a consumer can do, to prevent this from happening. Do your own research or ask a pharmacist about drug interactions.

Prevention of prescription drug toxicity is the only cure to this widely spread disease. It just requires doctors as well as consumers to be more conscientious. They can also start thinking on the lines of using natural medicine for some of the health problems that are not critical in nature. For example, for a person with acute bronchitis, vitamin A, vitamin C and Echinacea can be wonderful as long as the patient is watched carefully. There are many other health problems where natural medicine eliminates the need for potentially dangerous prescription drugs. Natural medicine is completely safe and serious adverse reactions are very uncommon.

Do your due diligence and keep yourself safe. Don’t follow all those thousands people to an early grave.