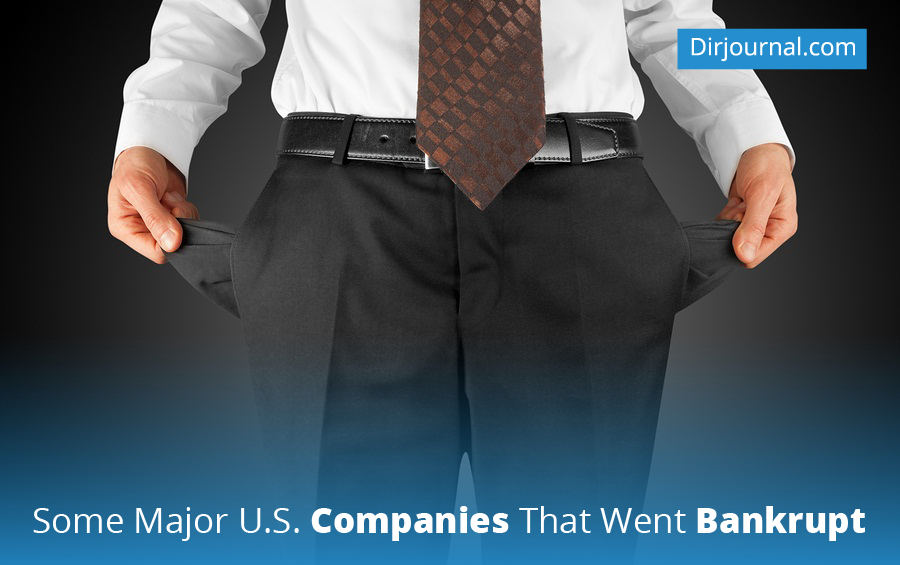 Even in the business world, what goes up sometimes comes down, and if the company is big, the sound of the fall is louder and clearer. Chapter 11 bankruptcies in the United States have been many. Chapter 11 allows a company to reorganize by allowing the debtor to keep a part or all of their property, as well as allows the company to pay off creditors with future earnings.

The present financial crisis has hit the US harder than Hurricane Katrina, and WaMu bankruptcy only reiterates this. US reeled under the news of the biggest bank failure in its history, as federal regulators seized the largest American savings and loan institution, Washington Mutual (WaMu), which came to symbolize the excesses of the mortgage boom. Regulators brokered an emergency sale of the assets to JPMorgan Chase for $1.9 bn. As expected, global markets plunged. WaMu’s assets were $307 bn and it was also the sixth largest US bank, behind Bank of America. With this acquisition, JPMorgan will now have about $900 bn in deposits.

A press release on September 15, 2008 by Lehman Brothers Holdings Inc. (LBHI), the 158-year-old U.S. investment bank, altered the American financial landscape. The company announced its intent to file for bankruptcy. This is the largest bankruptcy in the history of the United States with $638 billion in assets listed and the largest failure of an investment bank. The bank has been undermined by bad debts and shares tumbled 94% this year, before it was delisted on September 17, 2008. The deal for Barclays Plc to acquire the main business of Lehman has been approved. Barclays would also absorb $47.4 billion in securities and $45.5 billion in trading liabilities.

Refco Inc. filing was then one of the major bankruptcies in the United States. New York-based Refco was a diversified financial services organization that was primarily a commodities and futures broker, with operations in 14 countries. Founded in 1969, this firm was the largest broker on the Chicago Mercantile Exchange, with more than $4 billion in customer accounts. The firm’s collapse came about ten weeks after it sold shares for the first time to the public. The company was under investigation for hiding a $430 million debt and the Chief Executive Officer and Chairman; Phillip Bennett pleaded guilty of fraud and sentenced to 16 years.

This United States airline is based in Atlanta, Georgia and operates extensive international and domestic flights. The company has been facing financial difficulties for a long time and ever since 2004, tried to stave off bankruptcy by restructuring the company with job cuts and expansion plans. However, in September 2005, it filed for bankruptcy for the first time in its 76-year history. The company cited high jet fuel prices and high labor costs as the two main factors. Delta was in $20.5 billion debt at the time of filing. On April 30, 2007, the airlines emerged from bankruptcy protection as an independent carrier.

This is an epic case of a stock-slide leading to bankruptcy and then an amazing recovery. Conseco Inc., an insurance, investment and lending company in Carmel, files for bankruptcy. But it did so after reaching a pact with major creditors to restructure its debt. With the bankruptcy Judge approving a plan cutting the company’s debt from $7 billion to $1.4 billion, the company emerged from being the third-largest bankruptcy in U.S. history and paved the path to financial recovery. Conseco Inc. was once a high-flying company that rose to Fortune 500 status through several insurance acquisitions. Too many buyouts sent the company into a severe tailspin.

UAL Corporation is an airline holding company based in Illinois. It was incorporated as a Delaware corporation. To keep up with the deregulated airline market place, the company tried diversifying its businesses in 1982, in order to improve its financial situation. In spite of its efforts, like other airlines, it struggled with rising fuel prices and shaky finance, and filed for bankruptcy. However, it emerged from bankruptcy in 2006.

WorldCom bankruptcy came about a month after the company revealed that it had wrongly accounted almost $4 billion in expenses. It was the largest US-based telecommunications company with more than 20 million customers and 80,000 employees. At that time, WorldCom was one of the world’s most valuable companies, valued over $100 billion, and the bankruptcy was considered the largest in United States history. WorldCom also came to be famous as one of the biggest instances of a corporate feeding its greed through accounting and financial manipulations.

The result of this bankruptcy was said to be the loss of 9000 jobs. Global Crossing is an American telecommunications company based in Bermuda, providing computer networking services throughout the world. In its filing, the company listed its total assets of $22.4 billion and debts amounting to $12.4 billion. It has since recovered from bankruptcy and succeeded in turning around its performance.

Enron Corp. bankruptcy was the biggest corporate bankruptcy in U.S. history, and left investors burned and employees with lost retirement savings. It was an energy company in the United States, formed in 1985, in Houston, Texas. It grew to be the nation’s seventh-largest company in terms of revenue by buying electricity from generators and selling it to customers. Wall Street also called it the technological innovator. The reason for its downfall is said to be the complex partnerships to keep about $500 million in debt off of the books in order to mask its financial problems, to continue to get credit and cash for running its trading business. Once the loss of $638 million was disclosed, the Securities and Exchange Commission opened an investigation. Enron then filed for protection from creditors.

This company, with its headquarters in San Francisco, was founded in 1905 and supplies natural gas and electricity to most areas of Northern California. This company did well initially and had gas power, several hydroelectric and steam plants. Under the electricity market deregulation, the company sold off its natural gas power plants and retained the hydroelectric plants. But with the selling of the gas power plants, the generating capacity went down and it had to buy power from other energy generators. The company had to buy at fluctuating prices and sell at fixed prices, which led to losses and eventually bankruptcy. In 2004, the company emerged from bankruptcy and established itself extremely well and was named one of the most profitable companies for 2005 on the Fortune 500 list.

Bankruptcy cases are always filed in the United States Bankruptcy Court and are governed by federal law. State laws are also applied when it comes to property rights. There have been several other notable bankruptcies in American history, such as Texaco, Inc. and Financial Corp. of America. While some companies survived a bankruptcy and came out strong, others faded into oblivion.