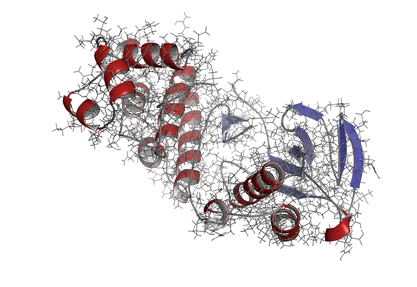 Could Temsirolimus Be the Drug to Battle Mesothelioma?

A recent study published in the Journal of Thoracic Oncology has revealed that a drug which is commonly used for treating kidney cancer could help in making chemotherapy more effective for people suffering from mesothelioma, a rare but very dangerous type of cancer that is found within the lining of the lungs and abdomen.

According to Professor Walter Berger, PhD, of the Institute of Cancer Research at the Medical University of Vienna:

“Malignant mesothelioma is a severe human malignancy characterized by a very bad prognosis, with a mean patient survival time of less than one year.”

The drug in this case is temsirolimus. Temsirolimus is a kinase inhibitor. This drug is effective in blocking the action of mammalian target of rapamycin (also known as mTOR), which is a protein for regulating cell growth.

By blocking the action of mammalian target of rapamycin, temsirolimus can slow tumor growth and this is why this drug is commonly used to treat advanced renal cell carcinoma.

After years of research, Austrian researchers have concluded that temsirolimus may also slow down the growth of malignant pleural mesothelioma cells.

As you may already know, Mesothelioma is a cancer which is usually caused by exposure to asbestos and usually appears up to 30 to 50 years after exposure. Unfortunately Mesothelioma is an aggressive cancer prognosis of which is poor and it also usually resists chemotherapy and radiation treatment.

“This unacceptable situation (mean patient survival time of less than one year) is mainly caused by late diagnosis combined with a distinct resistance to all forms of systemic therapy available so far. Mesothelioma is frequently caused by asbestos exposure and unfortunately — based on the long latency period — the incidence peak lies, despite the ban on asbestos, still ahead.”

Austrian researchers however have had a breakthrough. According to the researchers, temsirolimus blocks mTOR-mediated signals and also has a cytostatic – or growth stopping – effect on all mesothelioma cells.

They also found that mesothelioma cells which were resistant to cisplatin (a drug used commonly in chemotherapy) actually exhibited hypersensitivity against temsirolimus. This led to them concluding that mTOR inhibitors (such as temsirolimus etc.) could be the future of treatment strategies in combination with chemotherapy or as a standalone, but second line treatment when chemotherapy fails.

“Consequently, novel therapeutic options for this devastative disease are urgently needed. In our preclinical study, published in the JTO, we were able to demonstrate that inhibition of the major oncogene mTOR is active against human mesothelioma, especially after the development of chemotherapy resistance both in vitro and in vivo. These results suggest the initiation of clinical trials involving mTOR inhibitors as a novel anti-mesothelioma strategy.”

The study conducted by Professor Walter Berger and his team was possible due to support provided by the Medical Scientific Fund of the Mayor of the City of Vienna, Initiative Krebsforschung of the Medical University Vienna, and a Wyeth / Pfizer research grant.