The name “Ubuntu” comes from Zulu and Xhosa languages and the principle of Ubuntu is said to be, “a person is a person only through other people.” This can be better explained through the following quote:

“A person with ubuntu is open and available to others, affirming of others, does not feel threatened that others are able and good, for he or she has a proper self-assurance that comes from knowing that he or she belongs in a greater whole and is diminished when others are humiliated or diminished, when others are tortured or oppressed.” — Archbishop Desmond Tutu

Free to Use and Free to Change to Your Specifications

Ubuntu is not only free of charge but people are also allowed to improve upon it anyway they wish to, which means they can change and fix the software in any way.

This proves to be advantageous when developing programs. Users have no restriction on the number of systems they use it on and the installation is extremely simple.

Ubuntu, sponsored by Canonical a European-based company owned by Mark Shuttleworth, does not cost anything and is free software that does not carry any software licensing charges. In fact, the operating system CDs will be shipped free throughout the world.

By making it totally free and open, the company has been able to leverage the knowledge of other developers instead of doing all the development in the company.

Money Is Made Through Paid Support

Canonical is said to make money in spite of giving the software for free, from its engineering services and commercial support contracts, which it offers globally to the wide range of customers, from government organizations to Fortune 500 companies and from schools to research institutes. This paid support makes it possible for the company to earn revenues.

Ubuntu can be installed very easily and to the hard disk from the Live CD environment without having to restart the computer before installation.

Ubuntu comes in many versions as well as different variants. Here are the official variants:

• Kubuntu: Ubuntu with the KDE environment instead of Gnome. It is also a part of the Ubuntu project and showcases the complete potential of the KDE desktop. It shares the same underlying system as Ubuntu.

• Edubuntu: Is another subproject of Ubuntu that focuses on education. This is designed to be used in classrooms and contains many educational applications, such as KDU Edutainment Suite, Gcompris and Schooltool Calender.

It makes it possible for even educators with no technology expertise to set up computer labs or even undertake the task of setting up an online learning environment in a couple of hours. They will also be able to administer that environment. It is also suitable for use by children at homes.

• Gobuntu: Flavor of Ubuntu that is basically the same desktop environment as Ubuntu, with strict restrictions on the licences of code and conduct. It is for people using other free software platforms.

• Ubuntu JeOS (pronounced Juice): This is configured for virtual appliances.

The default desktop for Xubuntu is Xfce. Since Ubuntu, Kubuntu, Edubuntu, Xubuntu, and Gobuntu all share the base; any one of them can be installed easily on the other.

The latest version of Ubuntu has a lot of software installed, which includes Firefox, the internet browser that is preferred by many for security reasons and other features; OpenOffice software that is compatible with Microsoft Office, so that users will not have any problem exchanging documents with anyone who uses Windows and Microsoft office; instant messenger and graphics editor.

There are also several card, board and puzzle games that are pre-installed.

Ubuntu also has an excellent calendar and email application, which helps a great deal in organizing the mail and searching.

Ubuntu has a full range of server and desktop applications and once installed, the software is great for almost all computing needs, either for business presentations, databases or complex programming.

There is also plenty of business software, word processing for documents and letters, spreadsheets to be used for business purposes and high-quality presentation software.

It is also an excellent platform for education in the form of Edubuntu. It has graphic design and desktop publishing. It helps students studying computer science and information technology. The main advantage with Ubuntu is that it is available in many languages.

Ubuntu also has an edition or servers, the Ubuntu Server Edition; and it is very simple to get the server up and running in no time.

Ubuntu’s development releases are twice yearly and are given animal names, such as Warty Warthog, Hoary Hedgehog, Breezy Badger, Dapper Drake, Edgy Eft, Feisty Fawn etc. The version name contains the year and the month of the release.

How Badly Will Vista Hurt Microsoft? 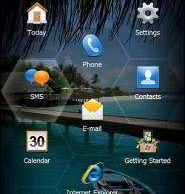 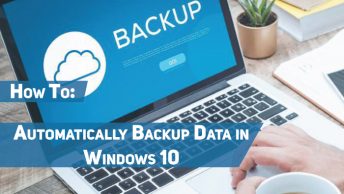 How to: Automatically Backup Data in Windows 10