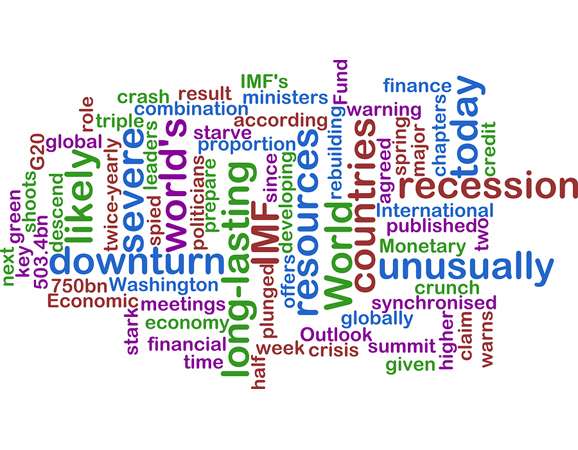 Who’s to Blame for the Recession?

It’s no secret that the U.S. economy is in bad shape. The housing bubble burst. The stock market crashed. People lost a lot of their retirement savings. The federal government has been bailing out big industries like banks and auto makers. State governments are feuding over state budgets. People are losing their jobs with some of the highest unemployment rates young professionals have seen in their lifetime.

Who’s to blame for the recession we’re in? It’s a hotly debated topic, and there really is no single right answer. The economic recession didn’t stem from a single group or a lone action. But to help you understand how the current economic situation came about, let’s look at three groups that had a hand in it:

The Federal Reserve – For years, the Fed kept interest rates low. Low interest rates help to grow the economy–they make borrowing (and therefore spending based on that borrowing) more attractive to consumers. Low interest rates also benefit banks making loans, because it’s easier for them to attract new customers as they advertise that low interest. The problem is that low interest leading to growth is good when the economy needs a boost; not so much when it’s already booming. That can lead to rapid inflation like we saw for years with the skyrocketing housing prices around the country.

Banks – You would probably be hard-pressed to find any American who didn’t hold banks at least partly to blame for the credit crunch-turned-recession. The fact that their tax dollars then went to bail out the banks with little oversight certainly didn’t help matters. And they would be right. Banks played a major role in the current crisis–a role stemming from greed.

To explain it as simply as possible, banks knowingly loaned money (through mortgages for over-inflated housing prices) to people who couldn’t afford it. They did it for the sole purpose of earning more money–they can charge much higher interest on sub-prime loans to people at the most risk of not paying them back.

Why did banks take that risk? Well frankly, they didn’t consider it to be that much of a risk at the time. They had at least two back-up plans:

Everyone knows that markets fluctuate through inflation and recession, and that every bubble will eventually burst. The problem with banks is that they just didn’t care. They wanted to make as much money as possible in the short-term with little regard for the long-term.

Consumers – Yes, even consumers just like you played a role in the current economic recession. Let’s be honest about it. If people lived within their means without a sense of entitlement to more, they wouldn’t have racked up debt they couldn’t afford.

In their defense, the average consumer is somewhat easily sucked in by promises of low interest and great deals (if the marketing messages and sales pitches didn’t work on many, people wouldn’t use them across most sales-oriented industries). Banks basically promised high-risk consumers something they never thought they’d have–a house of their own. People who otherwise would have stayed in their smaller homes or continued to rent strove for something better, but something they ultimately knew they couldn’t afford.

No single person, or even a single industry, led to the collapse of the housing market or our overall economic recession. While it may be easy to place blame on whoever the media or government is targeting on any given day, when you really think about the situation critically you see that there’s plenty of blame to go around. While you can’t say any one person caused the recession, you can be sure of one thing–the economy will rebound. It may not happen as quickly as we’d like, but it always does. Following every boom there comes a bust. And after every bust we rebuild.