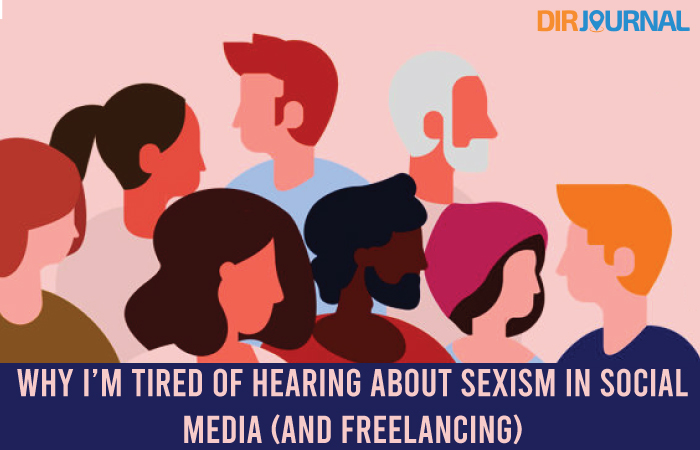 BusinessInternet and OnlineSales and Marketing

However, the issue of sexism in business on the Web recently took a different turn in the blogosphere — Freelancer James Chartrand of Men With Pens announced that he is actually a she. I’m not going to get into all of the details here. There are plenty of places where you can learn more. In essence though, “James” was struggling to land the kind of work she wanted, so she decided to use a male pseudonym. Income rose drastically. Now bloggers all over the freelance, blogging, and social media niches are attributing that success to gender bias.

I think they’re full of crap.

A Bit of Background

Just to be up front, I’ve never been a fan of James Chartrand. I never cared for the Men With Pens blog, and was never a regular reader. So unlike clients, closer colleagues, and regular readers of the blog, I don’t have the potential issue of feeling personally betrayed by the lie.

That said, as much as I wasn’t a fan of James, I always respected the fact that “he” was willing to speak his mind openly whether or not I agreed with him. I love people who speak their mind and tell the truth as they see it without constantly worrying about what everyone else thinks of them.

That respect is gone. James was never that person. She wasn’t speaking her mind freely and openly. She was hiding behind a penis. Her opinions were never truly presented as her own, and speaking your mind while wearing a mask simply doesn’t deserve the same kind of respect. I’d much rather have read material from a ballsy woman taking a risk than a coward.

I don’t know how accurate James’ single mom story is. I will say that if it’s true I do genuinely feel bad that any women felt they had to adopt a male persona (not simply a pen name) to make more, or enough, money.

I don’t consider myself a feminist, at least in that I don’t make it my mission to improve the situation of females as a whole. Instead I’m a big believer in taking personal responsibility for your own success and failures. I know many successful female freelance writers. I know plenty of successful male freelance writers. I also know quite a few of both sexes who struggle to get by. I know men who have blogged as women. We have an example here of a woman who blogged as a man. There are also both men and women who blog under pseudonyms without undergoing a virtual sex change. Success in this kind of work doesn’t seem to be heavily gender-specific at all. I think there’s much more to the story than the gender bias issue everyone seems to be talking about.

You’re Your Own Harshest Critic

Look. I don’t buy into all the “visualize yourself as a success and it will happen” crap. Is confidence a part of the equation? Absolutely. But so is everything you do with that confidence. Knowing you deserve more isn’t enough. Knowing you’re qualified for a gig isn’t enough. Plenty of other people probably are too. It’s a part of your job to exude confidence and demonstrate value to clients in your pitch.

I have to wonder how much James’ (she hasn’t revealed her real name yet) perception of gender bias in the freelance world influenced how she behaved as a woman. I also have to wonder how her confidence, approach, tone, and marketing changed when she donned the new man suit. You can’t be two different people but still remain exactly the same.

By James’ account she was going through a pretty desperate time. How many desperate people really put their best foot forward in the freelance market? It would be incredibly difficult to put your focus squarely on a client’s needs when your own needs are so dire. I doubt anyone could realistically say that there isn’t some level of relief in taking on a new persona — getting to step outside your real life and worries to try something new. Don’t try to tell me that had absolutely no effect whatsoever on how James presented him/herself. I don’t think any level-headed person would buy that line.

You can see what I mean by visiting Men with Pens (or even just taking a look at the logo on the right). One of the things that always turned me off of the blog was the hyper-masculinity of the design. It had little to do with the niche. The entire package felt like an overcompensation issue. And it apparently was. It’s not exactly the kind of image a woman would go for if writing as an actual woman. That fact alone shows that the marketing approach changed.

Still, others flocked to the site (and to hire James). Why? Because Men With Pens got something very right — branding. Not only did James’ pen name have a nice flow in and of itself, but Men with Pens presents a pretty straightforward image of what you’re going to get. Did James’ estrogen-laden marketing efforts have the same branding benefits going for it? I highly doubt it — but without the whole story from Ms. Chartrand no one can really know. And that lack of information is precisely what makes gender bias seem so plausible, at least until you put on your critical thinking cap and look at the bigger picture.

I really wish the online writing, blogging and social media communities would put the emphasis where it belongs — taking responsibility for your own success rather than feeling the need to play the role of victim. There’s nothing wrong with using a pen name. But when you have to pretend to be an entirely different person to improve your situation, that’s not taking responsibility — it’s playing a game. I do understand that desperate times call for desperate measures, but the sad thing here is that we’ll never know if James could have been equally successful just being herself if she would have simply worked on the confidence and rethought her personal branding.

How much do you think confidence based in anonymity played into James’ improved success? What about branding? And if you want to blame it all on gender bias, then how do you explain the vast group of successful female freelance writers both on the Web and off? I’d love to hear your thoughts.