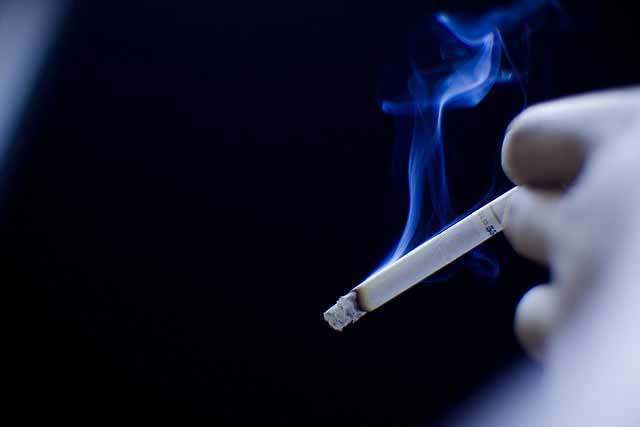 Some people will go to extreme lengths to get the body they want. Losing weight can be a slow and difficult process but many people want a quick fix and will try almost anything to lose weight fast. Many of these quick fixes come with big risks, but the perceived reward can be much greater. There are many causes of weight gain and for that reason there will always be a variety of solutions, some crazier than others.

These 10 ways to lose weight may seem strange but they have worked for many. Have you tried any of them?

This new technique involves getting a patch surgically sewn onto your tongue to make eating painful. The patches stay on for about a month and in that time some people have lost as much as 30 pounds. With the patch solid foods hurt too much to eat so dieters are limited to liquids only. This surgery has been being performed in Latin America for a while and recently made its way to the United States where it costs around $2000. While some people are willing to suffer pain to lose weight, this is a controversial method. Health experts warn there are risks of infection and say it does not encourage good habits, so most people will gain the weight back quickly.

Some people believe that a hormone found in the urine of pregnant women can accelerate weight loss so they are willing to inject themselves with it to achieve their goal weight. The hormone is called human chorionic gonadotropin (hcG) and is made by the placenta during pregnancy, then excreted in urine. The injections cost $400-$600 for a six week supply and it is claimed they will help you lose up to 1 pound a day. A key part of this method is limiting daily calories to 500 which means you would probably lose a good amount of weight even without the injections. The injections are supposed to speed up metabolism by making the brain think that the body is pregnant. This method has been around since the 1950s, but it has experienced a resurgence over the last few years.

These surgeries have become so common many people do not even think of them as extreme any more. But gastric bypass is a serious surgery that comes with many risks that people are willing to take for the sake of weight loss. Theses surgeries make the stomach physically smaller. This means people are limited to eating a smaller amount of food and feel sick if they overeat. There are many potential complications with it. Besides normal risks of surgery some people develop hernias, bowel obstructions and nutritional deficiencies. But for many the benefits are greater than the dangers. Even with this extreme method, many people begin to gain weight back not long after losing it.

Feeding tubes are typically used only when medically necessary but some willingly having them inserted in an effort to drop pounds. This method has become a growing fad among brides trying to quickly lose weight before their wedding day. The tube is inserted through the nose and delivers 800 calories a day containing no carbohydrates. The tube stays in for about 10 days and costs around $1,500. All this is done just to lose 5 to 10 pounds. Most doctors caution against this because of the serious risks associated. Besides the common side effects of dizziness and nausea a feeding tube can lead to kidney failure, infections, and erosion of tissue in the throat and nose.

This traditional form of Chinese medicine is used to treat many things including obesity. Acupuncture uses thin metal needles which are inserted into the skin at specific points which is supposed to restore the flow of your qi, or life force. Losing weight with acupuncture requires that you also eat a healthy diet and exercise, so much of the weight loss people have experienced can be attributed to that. But some experts say it can be useful to help you relax and avoid overeating due to stress. There are few risks associated with acupuncture but it can be costly at $50-$85 per session.

Most people dread tapeworms but some willingly swallow them to lose weight. This method has been used since the 1930s in the United States, but it is rare. The idea behind the diet is that the tapeworm will consume some of the calories you eat, practically guaranteeing weight loss. There are enormous risks with this though. Tapeworms can cause organ damage and in rare cases lead to death. They can grow to be 35 feet long in the human body so it should be no surprise that the damage they can do is severe. Tapeworm diet pills are available that contain the eggs of these worms but in the United States they have been banned by the FDA.

Models are notorious for the extreme lengths they go to in an effort to stay thin, and the cotton ball diet is just one way some try. The cotton balls are dipped in orange juice or another liquid, then swallowed. They make you feel full without actually consuming any calories. One of the reasons it is popular is that the requirements are cheap and easy to find. People using this technique are severely limiting their caloric intake which can lead to nutritional deficiencies. And because cotton balls are not meant to be digested, they can cause bowel obstructions and digestive system damage.

The apple cider vinegar diet is another method that has been around for a long time. It was first popularized in the 1950s and people have been trying it ever since. Dieters are supposed to have three teaspoons of the vinegar before each meal and combine it with eating smaller meals and exercising to see results. It is cheaper than many other diet methods and supposedly comes with benefits other than weight loss as well. Advocates say it cleanses your body, increases potassium levels, eliminates bloating, and helps manage your cholesterol. These benefits are not proven though, and drinking vinegar can damage tooth enamel, cause throat and stomach irritation, and may react badly with some medications.

Most know that smoking comes with big dangers like lung cancer and heart disease, but some pick up the habit to replace food cravings. Smoking is an addiction that is hard to quit so it is a bad idea to start just for the sake of losing weight. Cigarettes can suppress your appetite and the nicotine they contain speeds up metabolism, which is why it can seem to be an effective method. In the 1920s they were even advertised as a weight loss method but this was before the dangers were fully known. Despite the fact that they can help accelerate weight loss, your overall health will decrease so they should be avoided.

Some people believe that wearing special diet sunglasses can help them lose weight. These sunglasses are tinted blue which is supposed to calm the part of the brain that stimulates appetite leading the wearer to eat less. The glasses also block red light which stimulate that part of the brain and some say the blue color simply makes food look unappealing. It sounds crazy but some people swear by it. The glasses are made by a Japanese company and only cost $19. Combined with the fact that it is risk-free, that has led to many people wanting to try the glasses out.