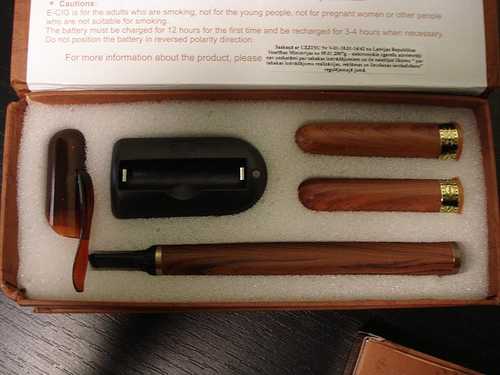 Media portrays the changing fashion in all its glory and potentially influences health-related behaviors, especially so in young adults when peer pressure is the strongest.  One such health behavior is smoking. A recent survey in Canada reveals that the young men and women between the ages of 20-24 have the highest smoking rate.

While the younger generation pays a deaf ear to the harmful effects of smoking; researchers say that lighting a single cigarette can have serious adverse effects on young adults.

Researchers at McGill University Health Center found that smoking one cigarette increases the stiffness of the arteries in 18 to 30 year olds by a whopping 25%.

For us to be able to help our children get out of this habit, it is important to gain knowledge of what happens in our body when arteries become stiff.

The main function of the arteries is to carry fully oxygenated blood to the various parts of the body. The arteries have valves in them that stop the blood from flowing in a wrong direction. The arteries begin at the heart and they have to function properly to keep us healthy. There are serious health problems related to the non-functioning of arteries, such as plaque buildup that happens due to too much consumption of fatty foods, high blood pressure, lack of exercise, cholesterol, weight, diabetes and age.  On the other hand, when arteries become stiff or rigid, they increase resistance in the blood vessels, making the heart work harder.  The stiffer the artery the greater the risk for stroke or heart disease.

You may wonder what’s new with these results, as we always knew that smoking was bad for the health and the heart.  This study emphasizes the fact that even smoking just a few cigarettes a day can have a major impact on the health of the arteries. You can no longer say; just a couple of cigarettes per day are acceptable.  It is not!


In such a scenario, the electronic cigarette (E-cigarette) is considered to be perfect solution by many today. It was invented in 2003 by a Beijing-based company.

An electronic cigarette is also known as a personal vaporizer.  It is a battery device that contains cartridges filled with nicotine, other chemicals and flavor, and provides doses of this nicotine solution through vaporization.  In addition to delivering nicotine, this vapor also provides the exact flavor of inhaled tobacco smoke as well as the same feeling and sensation of actually smoking a cigarette, but without the use of tobacco, smoke or combustion.

What Is The FDA’s Take On E-Cigarettes?

There was a recent announcement by the FDA that their laboratory analysis revealed that electronic cigarettes contain carcinogens and toxic chemicals such as diethylene glycol, which is an ingredient used in antifreeze.  This analysis was done with a sample of cartridges from two leading electronic cigarettes brands.  They found diethylene glycol in one sample and in the other, carcinogens.

Marketing Of These Products

These e-cigarettes are targeted at young adults who can buy them online or in shopping malls.  The worst part of the whole thing is that no health warnings are given on these products. They also come in different flavors, such as mint and chocolate that would appeal to youngsters.

In conclusion, it is important for everyone to understand that health experts express their concern that these cigarettes could easily increase tobacco use an nicotine addiction in youngsters.

Learning all this worries me because when I was in South Africa recently, I noticed my friend’s son smoking an e-cigarette.  Guess what! That was a gift from his mother who gave it to him in an attempt to get him to stop smoking cigarettes.

As of now things are not really clear about e-cigarettes; although, they are claimed by manufacturers to be a blessing in disguise.  It helps to keep our eyes open and see what FDA and other experts have to say in the future when further tests are conducted. Our children’s health is out responsibility!