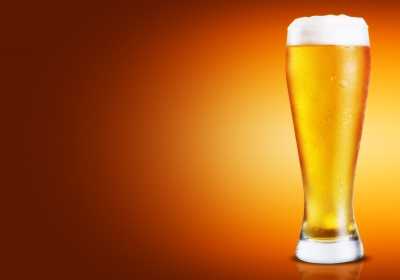 6 Beers That Pack Less Pounds on Your Belly

I remember my younger days, seeing those otherwise skinny guys with the big pot bellies and remarking how I’d never be that guy. The guy looking like he swallowed a basketball and got it stuck in his stomach.

And then I discovered beer.

Fast-forward a few years and a few hundred beers and say hello to my growing beer-belly. Like millions across the world, I’d really love to tone up my midsection but realistically there’s no way I’m going to stop drinking beer. So in analyzing my options, I decided the only logical solution was to kiss the darker beers goodbye and begin exploring the world of light beer. Don’t get me wrong, it’s scary territory. I’m used to full-bodied beers packed with flavor and calories, like Fat Tire and Newcastle.

Here are a few beers I’ve tried on my light beer journey and how they rate in both nutrition and taste.

1. Budweiser Select 55– Let’s start with the good. At a mere 55 calories and 1.9 carbs, you’re practically drinking a club soda when you pop open a Bud Select 55. Unfortunately, you might actually think you’re drinking a club soda when you taste it. With only 2.4% alcohol per beer, you have to drink double the amount you normally would with light beers to obtain the same buzz. Why not just buy a regular beer and mix it with water? I’ll pass.

2. Budweiser Select– I remember when the original Bud Select came out and a few of my buddies raved about how it left no beer after-taste. My first thought was “Who wants to drink a beer that doesn’t taste like beer?” Anyway, I tried it and for 99 calories and 3.1 g carbs, it’s not bad. And with 4.3% alcohol, you don’t have to drink double like you would with the Select 55. I still don’t get the whole “no beer after taste” thing though…

3. Anheuser Busch Natural Light– The mention of “Natty Light” immediately sends me into college flashbacks. Why? Because it was one of the only beers we could afford. We didn’t really mind that it tasted like pee because we didn’t know any better at the time. What we didn’t realize was each can of Natural Light only contained 95 calories, 3.2 carbs, and 4.2% alcohol. As for me in my adult years, I’ll spend an extra few bucks on something with decent flavor.

4. Miller Lite– Beating out its rival, Bud Light, with only 96 calories and 3.2 grams carbs, Miller Lite offers the average light beer alcohol content of 4.2%. Chances are you’ve tasted it before and you either love it or hate it. This tends to be my beer of choice if I’m buying a case to stock up for a barbeque. It tastes pretty good cold, won’t make me feel like blubber after a few, and is relatively cheap for sharing.

5. Michelob Genuine Draft 64– I recently heard of this beer on a radio commercial where some guy chooses it over a small glass of vodka of equal caloric value, which seemed kind of stupid to me. If I’m going to the store to buy alcohol, I probably already know if I want either beer or liquor. The choice is between types of beer. At any rate, similar to Bud Select 55, you’re getting only 64 calories and 2.4g carbs per beer. You also only get 2.8% alcohol a bottle, which is about 1.5% less than most light alternatives.

6. Michelob Ultra Amber– Why is a beer with over 100 calories (110 to be exact) and 3.7 g carbs on this list? Because it’s good! For someone preferring darker beers, this “light amber” actually packs a flavorful punch. And with 5% alcohol, you don’t have to drink 10 of them to wind down after a hard day of work. So if you’re looking for a beer that won’t pack on the pounds but doesn’t sacrifice flavor, go buy a six-pack of Michelob Ultra Amber.

So those are the light beers I’ve come across so far. Even though I discovered Michelob Ultra Amber, my journey for the perfect light beer is never ending. Can you help me out with a low calorie beer I should add to this list? 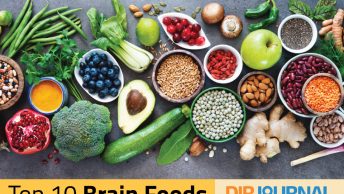